In recent months, The Low Anthem has been blessed with some much-deserved spotlight. Having cut their teeth in small, intimate theaters, the band is currently in the midst of an international tour. They are moving toward bigger ticket venues and joining the ranks of fellow indie-folk darlings such as Iron & Wine and this year’s Grammy surprise hit Mumford & Sons. Formed in 2006, The Low Anthem hails from the industrial city of Providence, RI and is comprised of an eclectic mix of creative wanderers and brilliant academics (the clarinetist, Jocie Adams, is a former employee of NASA). This astuteness prevails in the cavalier fashion in which The Low Anthem conceptualizes, produces and records their music.

I first discovered The Low Anthem on NPR’s Tiny Desk Series and I found myself both moved and mystified by their whisper-like sound and use of unconventional instruments; bowed crotales (if you know what this is, I’m impressed), singing saw and cell phone feedback to name a few. The sound is undoubtedly ethereal, haunting and restrained but the overall tone of Ben Knox Miller (lead vocalist) is old-timey folk through and through. The presence of the banjo (played by Jeff Prystowski) immediately draws attention, good or bad depending on where you stand with back-country sound, but it is used in the same controlled manner that the band has created making it an attraction instead of a detraction from this innovative, sometimes unusual sound. With the combination of the poetic yet folkloric element to their lyrics and Miller’s vocals harboring a throw back rasp so beloved in old time country, it is hard to believe that the band members are creating this music in present day. The Low Anthem’s Miller, Prystowsky, Adams and Mat Davidson have created, in my humble opinion, a wonderful marriage of classic folk cadence with the ever-evolving low-fi, Brooklyn sound that has hit indie music hard for the past few years. 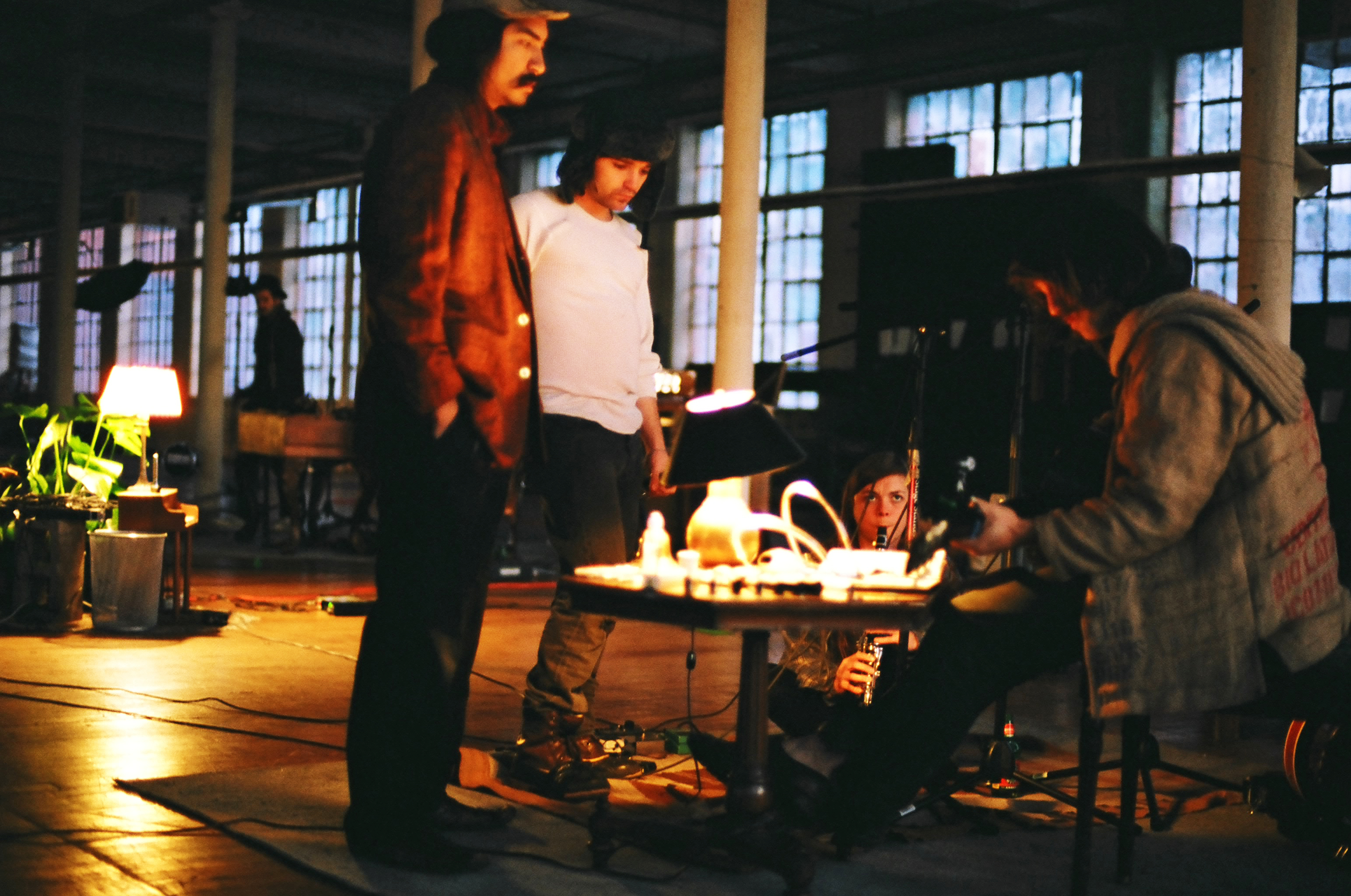 Their fourth and latest album, Smart Flesh, was recorded in an abandoned pasta sauce factory in their flagship city of Providence and the songs recorded reverberate in this huge open space, invoking feelings both anachronistic and raw. The Low Anthem tour is currently on the West Coast leg (I am checking out the San Francisco show at the Great American Music Hall) but will be sweeping though the East Coast all summer long and then overseas to some of the biggest European festivals of the year.