By BRIAN THOMAS
When I first heard that Lauryn Hill was going to be playing a Bob Marley tribute show in San Francisco at Mezzanine, I immediately purchased tickets and barely blinked at the $60 ticket price. I’ve been a huge Bob Marley fan since before I was even able to spend my own money on music, and I still listen to Ms. Hill’s Miseducation of Lauryn Hill on a weekly basis, if not more. There was no way that I was going to miss this show. It just happened to be on May 18th, one day after my three-year wedding anniversary. My wife has wanted to see Ms. Hill since I have known her, so going to this show was a no brainer.

Although not sold out (at least when we showed up), the house was extremely packed, and we squished our way into the crowd. About a half hour after we got to the venue, Dead Prez‘s DJ came out to amp the crowd, and Dead Prez did not disappoint. 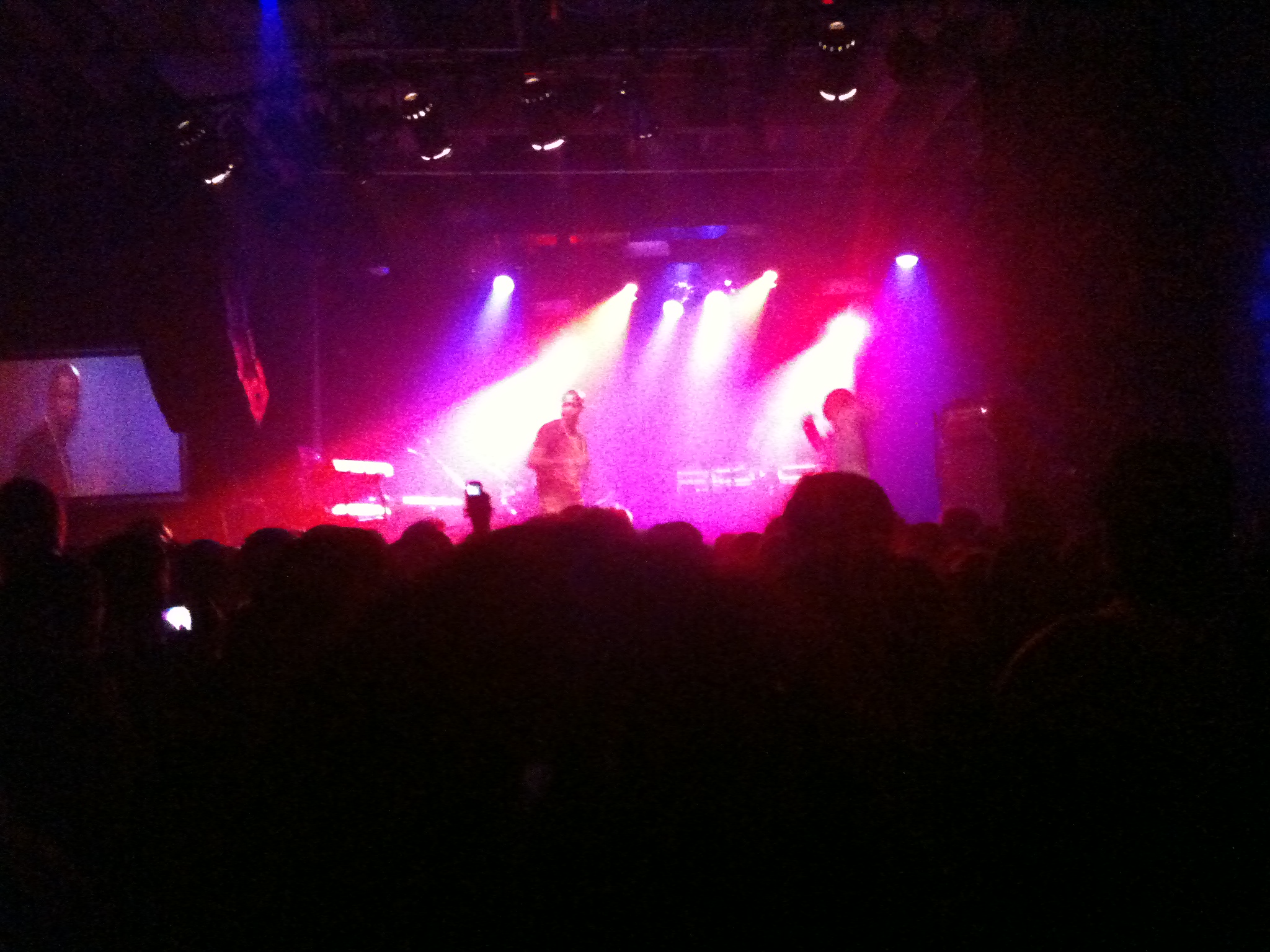 The heavy beats and immaculate vocal skills got people moving and they killed the stage for almost an hour. I haven’t listed to Dead Prez that much simply because they just never came up on my radar. At times, their lyrics were a bit controversial for the extremely diverse crowd, but I focused more on their skills and I really enjoyed their set. They mostly showcased their own songs, but threw in a few short tributes to the likes of Outkast’s “Liberation” (though I think that one went over most everyone’s heads) and Bob Marley’s “Could You Be Loved“. Now maybe it was because Ms. Hill performed this song on Jimmy Fallon, but I swore I heard her voice during this performance and was sure the show was about to segue into a full on Bob Marley tribute show. It didn’t.

A half hour passed after Dead Prez got off stage before another DJ got on, and spun a myriad of pro-marijuana reggae tunes and the room filled with smoke. After all, this is San Francisco. As time went on, people got tired of dancing. It seemed like he was having to stall for some reason or another until finally almost right after midnight, Ms. Lauryn Hill came to the stage. 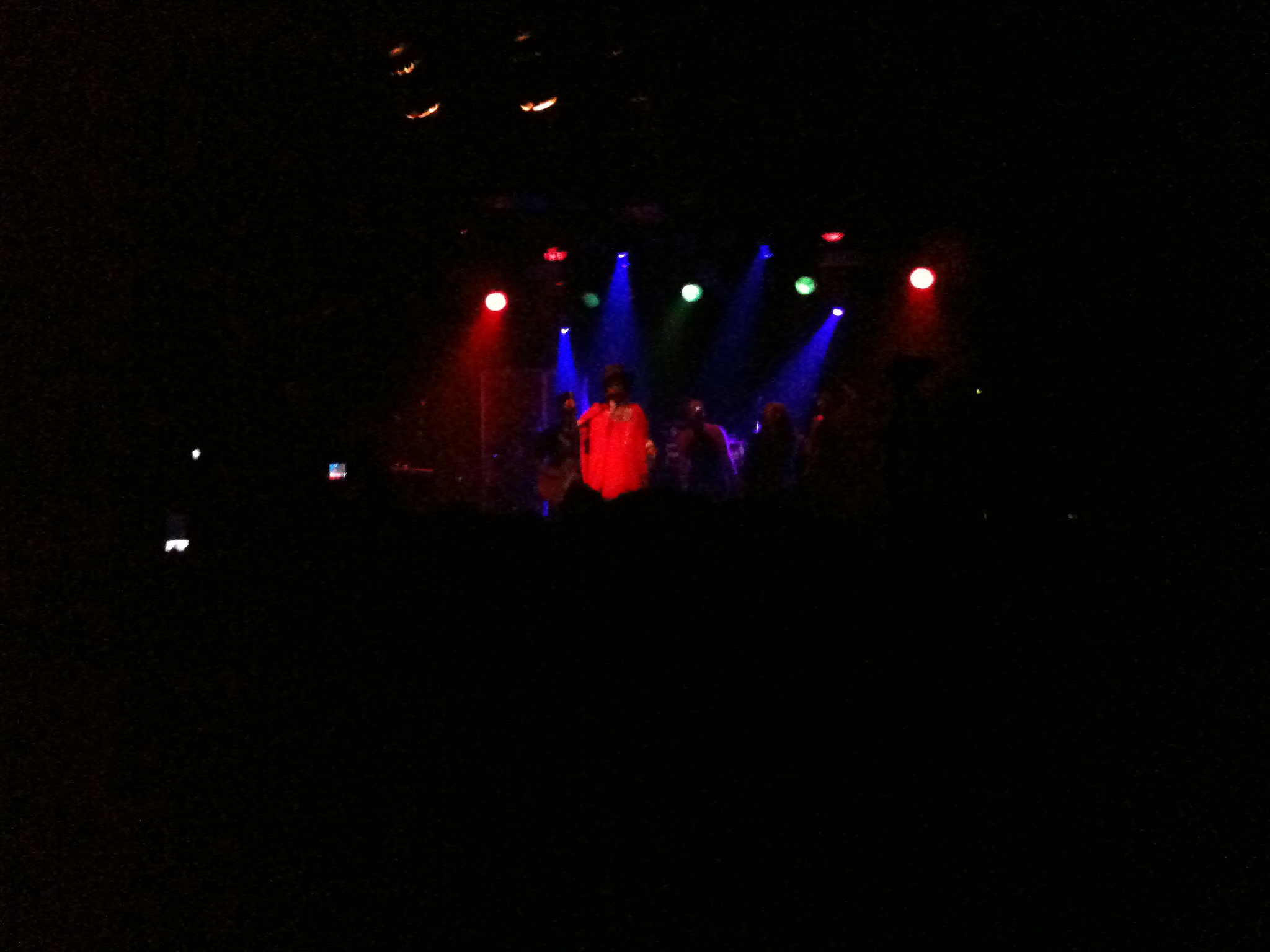 Wearing an amazing outfit consisting of some type of vintage sweater/dress, she looked like someone straight from the cover of an old reggae album. I knew she was beautiful, but seeing her in person blew both mine and my wife’s minds. She immediately launched into Marley material, and the show finally kicked off. The material was amazing and the sound pretty decent. The rendition of “Natty Dread” was amazing and full of energy. Ms. Hill had an eccentric stage presence, and seemed to be trying to get the rest of the band to speed it up for the first few songs. After about five tracks, she moved to her own material, and performed hits like “Everything is Everything”, and if I remember correctly, “Ex-Factor”. All in all, it was an amazing show.

My only complaint was that it got started a bit later than I would have liked for a Wednesday night. I know Ms. Hill is sometimes known for her tardiness, but had thought things would be different under the show’s special circumstances. She still left the audience captivated by her performance, but the audience didn’t have much energy to give back; a lot of wind was taken out of everyone’s sails already. My wife is a baker and had to be at work at 4am, and we unfortunately had to leave early. I am so, so glad we had a chance to see Ms. Hill perform. It was a great bonus for me that she played even more Bob Marley tracks than a normal Lauryn Hill Show.