What’s in a name? If one contemplates the name of Portland, Oregon-based Y La Bamba, one might subconsciously or otherwise, experience twangs of nostalgia, wonder and perhaps even confusion.

First, the name might evoke a sense of generational nostalgia for many familiar with the music of 1950s Chicano rock and roll superstar Ritchie Valens. His life, though tragically cut short, provided the world with a new-found mainstream awareness of Mexican-Americans and their contributions to contemporary American culture. His work also revealed to us the infinite possibilities that are borne from fusing the popular musical styles of two rather disparate sub-cultures in American society. 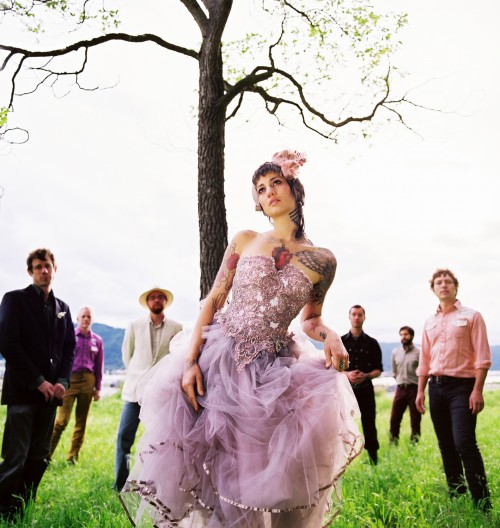 Others might come to the band’s elliptical name with a sense of wonder. To those familiar with the Spanish language, the name might conjure a vast, unexplored semantic space, like a piano prelude by Claude Debussy, that ends with the words “…and La Bamba.”

Yet some might react with confusion, repeating the name in their head: “Why La Bamba?” ‘Y’ La Bamba, indeed.

Y La Bamba is brought together by the spectral voice and songwriting talent of Luzelena Mendoza, whose poetry glistens with remembrances of music, dancing and spending summers on lush fruit farms in the San Joaquin Valley. Her distinctive sound is equally inspired by a childhood spent singing along to the traditional folk music that permeated the Mexican communities she belonged to with her parents as a child. However, there is a bittersweet tint to her art that is brought to life by her extensive travels as a student through the primal terrain of New Zealand and the spiritual vistas of India in search for her own true calling as an independent adult. Each of these experiences inform the various sounds, rhythms and poetry that make up her band’s characteristic style of dream-like folk music that tickles the subconscious while it revitalizes the soul.

Since releasing its eagerly anticipated full-length debut, mysteriously titled with the simple utterance Lupon, Y La Bamba has passed one of the first major trials that face many an independent musician or band. However, unlike many similar bands on the scene today, Y La Bamba has managed to release a coherent debut album that not only highlights what the band has to offer, but gracefully hints at what is to come. 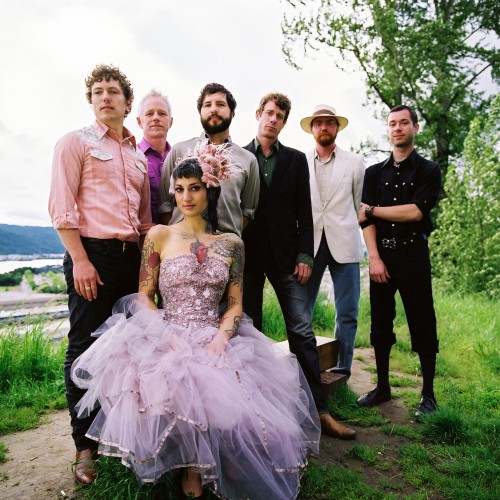 Despite the songs’ tightly woven harmonic and rhythmic structures, there is an adventurous sense of discovery inherent to each of them. Starting off with the track “Monster,” Mendoza’s vocal virtuosity is introduced to us as it perfectly compliments languid guitar strumming, counterpointed by subtly sinister shards of sound that evoke a child’s innocence trying to find its way upon the misty mountain tops of uncertainty.

The scene shifts suddenly with the surprisingly uplifting, forward-moving rhythms and vocal flourishes that introduce the next track, “November,” which sees the hazy uncertainty of the previous song melt away. One notices that the once mist-shrouded sunrise is left exposed by the music as the band begins its long, down-going journey home from the top of the mountain.

“Juniper” and “Winter’s Skin,” positioned at the album’s climax, perfectly encapsulate Y La Bamba’s musical aims. The songs not only represent the album at its creative peak, but manage to pull Mendoza’s project out of the uncertainty of experimentation and into the welcoming arms of authentic musical artistry.