Article written by Annie Closs with contributions by Katherine Hamilton.

Anyone who loves a British accent should check out indie rocker Lee MacDougall. MacDougall has been gaining popularity both in Europe and the United States, and the accent is far from the only reason why. While this singer-songwriter might not be enjoying international stardom yet, his sincere lyrics, awesome acoustic sounds and passion make him worthy of comparison with big-name musicians from the United Kingdom such as The Beatles and Rod Stewart. It hasn’t taken long for MacDougall to produce some great songs and put on some amazing shows.

Following his recent success on his “If Walls Could Talk” tour, MacDougall is about to embark on his second US tour, “All the Right Places.” His new self-produced album, For a Few Tales More, will be released to coincide with his tour and includes songs “Hindsight” and “Smile.” His tour will begin August 4 in New York City and continue throughout the US until his final US show on October 1 back in New York. One stop will be in Austin, TX, a place he is familiar with since he played at the SXSW festival in March. Austin’s Cedar Street Courtyard has kindly provided us with five pairs of tickets for his August 26th performance. Find out how you can win them, here! 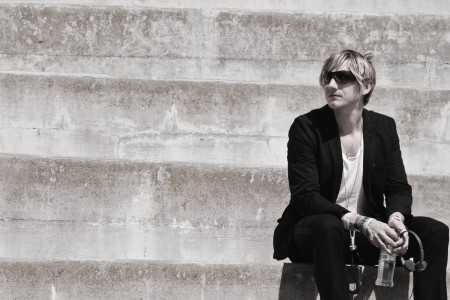 Born and raised in Grimsby, a town on the east coast of England, Lee was destined to thrive in the fishing industry rather than the music industry. However, his love of music ensured that this would not be the case. MacDougall learned to play guitar at the age of 13 and went on to study music composition and production. After finishing school and quitting his job at the local fish processing factory, he turned to music as a way to support himself. He had been in successful local bands previously and began writing songs and sending them to record labels in London. People began hearing his music, including producer Jim Lowe, who recorded versions of some of Lee’s songs. MacDougall’s first EP was released in the summer of 2010 to immediate success considering the lack of promo or press.

Then, thanks to the Internet and his friendship with actor Robert Pattinson, MacDougall continued to amass an even larger audience. There is widespread speculation that his song “Falling in Love for the Last Time,” about a guy who falls in love with a girl who doesn’t quite feel the same way, is about Robert Pattinson and Kristen Stewart in the movie, Twilight. This may be his most popular song, but he has many others that deserve the same attention.

Whether he’s being backed by the guitar, piano and drums, or simply singing with his acoustic guitar in front of his computer, MacDougall’s voice is resonating and clear. With a hint of his British accent coming through, his voice makes the stories he tells within his songs even more compelling. His songs, including “She” and “How to Be,” possess heartfelt lyrical narratives that Lee sings with passion and sincerity. These stories, a lot of them about love, convey a real emotional connection. All of these elements, combined with an upbeat sound, make MacDougall’s songs worth listening to and guarantee a stellar performance.

After MacDougall finished up a long, yet productive 12-hour session in the studio, eventseekr’s Annie C. and Joey P. sat down—virtually—for an e-mail interview with MacDougall. Despite his long day, MacDougall graciously provided the eventseekr team with insight into his love for American food, his musical influences, and his plans for the future. 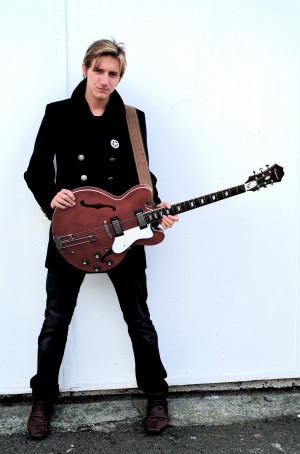 You’ve already toured the US and played SXSW (South By Southwest). What was that like? Did you have a favorite city?

MACDOUGALL: It was one of the best experiences of my life. I love the spirit of the people in the US and I’ve always been fascinated by the country, so to have the chance to tour every major city was pretty amazing. I had lots of favorite cities. They are all so varied. I loved Atlanta, Nashville, San Diego, Denver, San Francisco, they were all really cool. And SXSW was great too, I really enjoyed my show there. It was great to have such a good crowd. A real crazy few days.

What do you think of American food? Did you get to try some of the BBQ in Austin? When you were in California, did you have a chance to try In-N-Out Burger?

MACDOUGALL: Everyone kept telling me about In-N-Out Burger but I never got [the] chance to try it! This time it is on my list of things to do. Along with eating Pop-Tarts every single day.

I love American food. It’s like English food on speed.

Many of your songs seem like they could relate to personal experiences, is “Joanna” or “She” about anyone in particular?

MACDOUGALL: Most of my songs are based on real experiences. “Joanna” is about an ex-girlfriend, and “She” is about a couple of girls I know who have been through a bit of a hard time. I think girls get a rough deal sometimes, so that song is my ode to womankind. 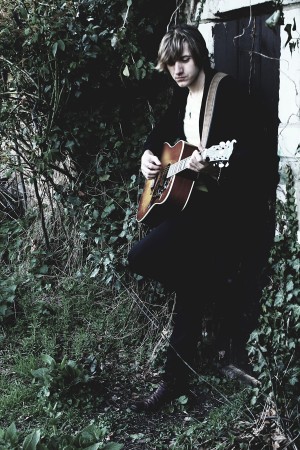 Also, you’ve opened for Bon Jovi and Bob Dylan, what was your reaction when you found out about these gigs?

MACDOUGALL: Opening for Bon Jovi was awesome, I was very happy about that. They put on an incredible show. It lasts pretty much forever. I was actually able to go off and do another tour and when I came back they were still playing. And I actually played straight after Bob Dylan at a festival, so that was pretty surreal, and again, one of my better days.

Do you like to perform cover songs? Do you have a favorite?

MACDOUGALL: I don’t really do covers, but I will throw one in every now and again. I like playing the Goo Goo Dolls’ “Iris”, and I’ve also been known to throw in some Rod Stewart.

What bands or artists are you listening to right now?

What about performing live? What’s it like for you to be in front of people and the act of performing?

MACDOUGALL: Performing live is what music is all about for me, really. It is a great feeling connecting with an audience; I really enjoy it. Especially when the crowd [reacts] well. It is an addiction. And it makes me work harder because it is a feeling that you want to experience again and again.

You said most of your songs are based on real experiences, what about “Falling in Love for the Last Time? We’ve heard that this was inspired by Robert Pattinson’s Twilight character? Or something more real life? Also, since you’ve worked with him on “How to Be,” do you guys have any other plans to collaborate or work together in the future?

MACDOUGALL: “Falling In Love For The Last Time” wasn’t inspired by Rob’s character at all, that was also based on a true experience. And I wrote “How To Be” for his movie How To Be after he told me about his character. I thought it sounded really funny. It wasn’t really a collaboration though. The last collaboration we did was probably finish off a bottle of wine or something! Who knows, it would be great to write another tune for another one of his movies, so let’s see what happens.