In 2008 when Outside Lands was born, Northern California residents could finally be at peace. At long last, the Bay Area had a major music festival to combat Coachella and HARD Music Festival down in Southern California. This festival provides stunning scenic views of Golden Gate Park and the San Francisco Bay Area. The most outstanding thing about Outside Lands, besides the amazing music, is simply the fact that great effort is placed into all the other aspects of the event, namely the food and wine. Because of this diversity, Outside Lands attracts not only music enthusiasts, but also wine enthusiasts and foodies from all over the Bay and beyond! Outside Lands embodies what I love about this city: creative music, a burst of different flavors, and wine fever. 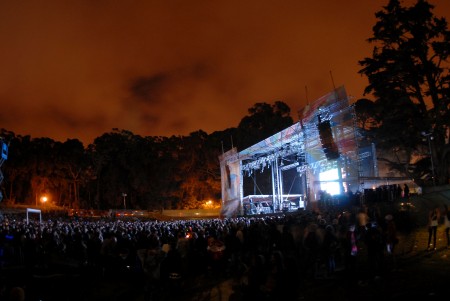 The crowd gathered for Empire of the Sun at SF Outside Lands 2010. Photo by Jeff Kravitz.

I missed out on it last year, but this year, I REALLY WANNA GO! Aside from the multitude of artists performing, I hear the vibe really characterizes the city and its unique-ness. Despite being only a few years old, Outside Lands has grown considerably. The festival houses over 80 artists with around 50 (21 new) food stalls, over 30 different brands of locally produced wine, and a wide range of art alongside many eco-friendly initiatives.

Of course the primary reason people attend is the music showcase, which features talent from around the world. This year’s Outside Lands presents a powerful lineup of indie/alternative rock bands, and the ones I would die to see are Phish and MGMT. Seeing Deadmau5, the electronic and progressive-house artist from Toronto, Canada, rounds out my list. If these are some of the artists you rock to, I suggest you get your jam on at Outside Lands. The eventseekr interns will be giving you a breakdown of their must-see bands tomorrow, so stay tuned for more. 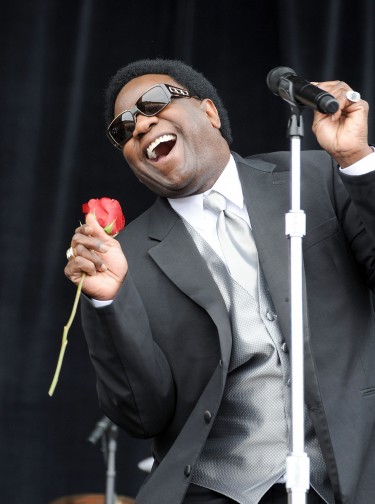 Al Green at SF Outside Lands 2010. Photo by Jeff Kravitz.

Hopefully this year the Outside Lands staff will be able to control the big crowd at Golden Gate Park – 60,000 people over 3 days is a big challenge. Tickets are running out fast so get your hands on some if you want to check out one of San Francisco’s premier music fests!