In addition to the interns that regularly contributed to the blog this summer, the eventseeker team also had interns throughout the office working in other departments. We asked some of them to write reviews of recent albums that struck their fancy. First up is indie-rock group A Lull‘s Confetti, written up by Janelle Gleason.

Chicago band A Lull is not aptly named. Upon hearing the relentlessness of every track on Confetti, it is clear that A Lull is a band of five guys that likes to pound out percussion, as the album surges forward without so much as slowing down to catch a breath. But that’s just the problem: the album persistently progresses in a strictly linear fashion. Most of the songs blend together in an eventually fizzling buildup with no variation and no release of the mounting tension. 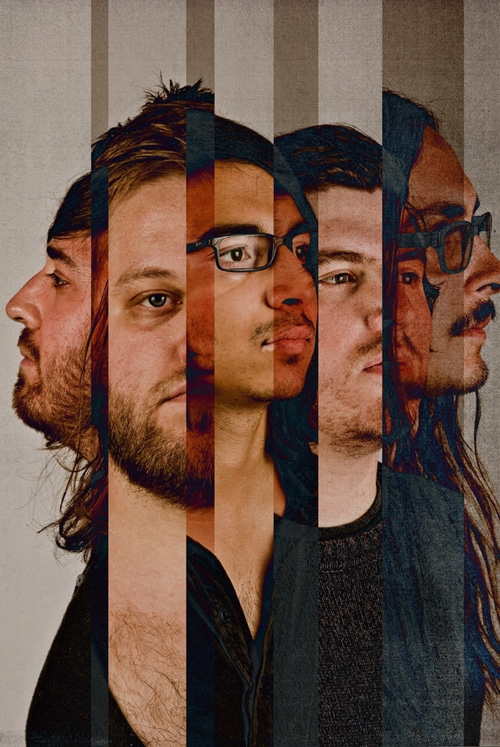 Photo courtesy of Tell All Your Friends PR.

With a combination of primal drums, ambient noise, and vocal effects that makes it seem as though we’re experiencing some sort of intergalactic safari, there’s no denying these guys have created and defined a signature sound, and that they have done it well. However, Confetti ends up sounding like an unsuccessful hunt, evoking images of an animalistic chase or a heart-pounding adventure without offering any resolve. The individual tracks have the potential to enhance and communicate with each other, expanding the depth and artistry of the album, but in this case, they only move forward, one almost indistinguishable from the next. Listeners are left feeling hungry. There also seems to be a lack of discretion in production, with every sound trick placed on every track, which leads to a distinct lack in dynamics. It is difficult to perceive a flow to the work as a whole with the heaviness of effects that pervades this feature-length debut.

The vocal work of lead singer Nigel Dennis plays an important role in A Lull’s sound. Most of the band’s catchy hooks come from the intense repetition of phrases and Dennis’s sly wordplay. His voice is crisp and smooth in its purest form but it is oftentimes buried in harmony, layering and other various effects. When all of the instrumentation gets muddled together, the vocal melodies stand out, demand your attention and stick around for awhile once you’ve heard them a few times.

A Lull will release an EP entitled Confetti Reprise on August 16th, a collection of work that was deemed unworthy of the album but even more unworthy of the trash. Though only four songs long, the Reprise demonstrates a balance of the hard and soft and a diversity that Confetti could use to its advantage. There is a certain lightness here, with less cumbersome studio enhancements and more saxophones: a welcome change of pace that could very well be the missing piece to the full-length album.

Let us know what you think! Follow us on Twitter and like us on Facebook to give us a shout. You can also stay on top of exciting events from around the world by downloading the eventseeker app for iPhone or Windows.