By CHRISTINA MELOCIK
As a six-year old, Rita Moreno, then Rosita Dolores Alverío, had already been inaugurated into the tumultuous life of a career in entertainment by performing flamenco as a mini-Carmen Miranda under the tutelage of Paco Cansino, the brother of Rita Hayworth. She believed that if Hayworth, who “was once a Latino, too” could make it, so could she. In her autobiographical show, Rita Moreno: Life Without Makeup, writer Tony Taccone has paired his skills with Moreno ‘s heartfelt and witty artistry to reveal the profound personal and social struggles Moreno went through as she searched for her place as a woman of color in the rather brutal and sometimes malevolent Hollywood entertainment industry. In the show, Moreno acts out scenes from her life, performs song/dance numbers from film and theater, and sometimes just speaks directly to the audience. Moreno’s verve, emotion, and the fascinating details of her life and career offer the audience a rare and engaging perspective of one of modern entertainment’s most ground-breaking performers. 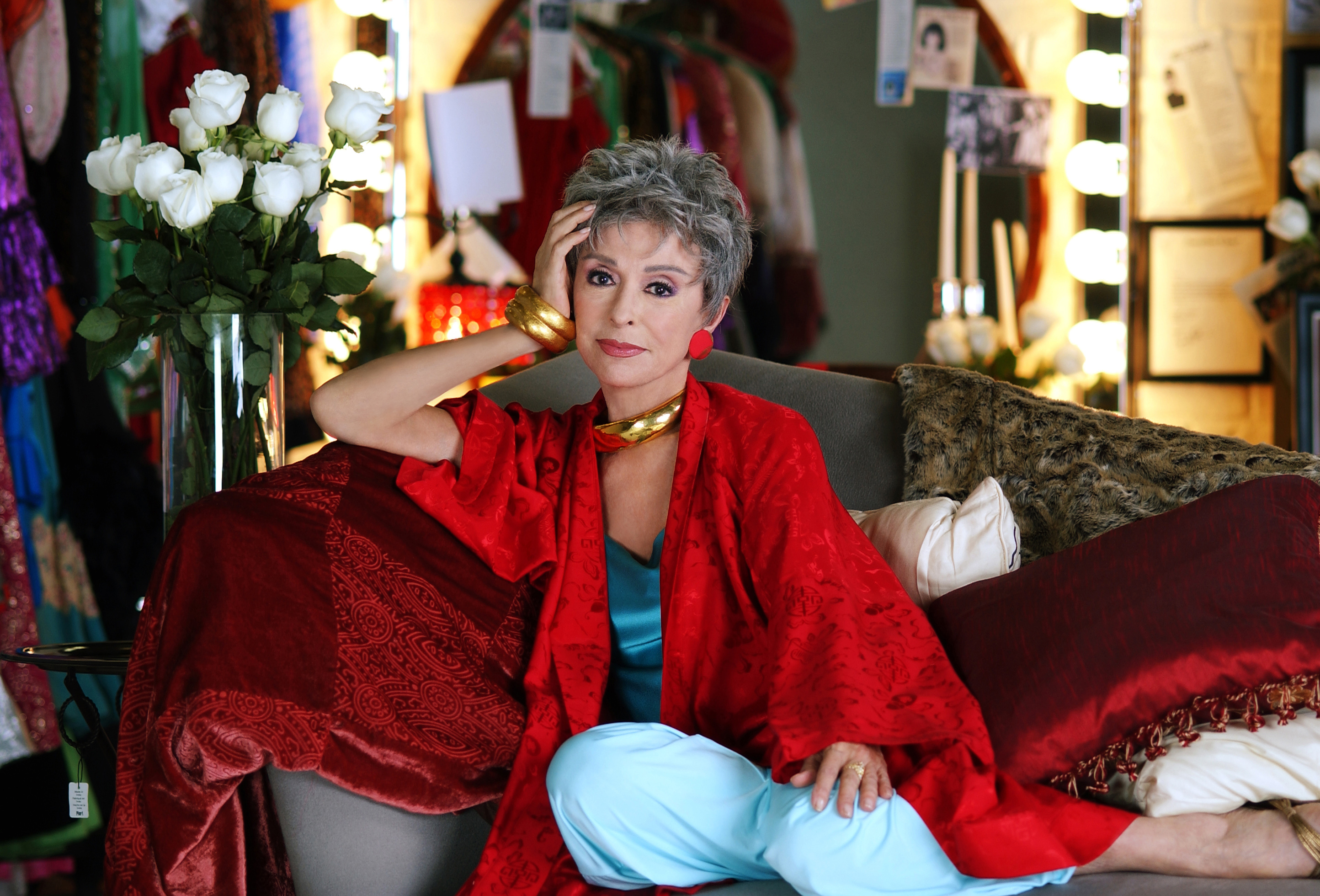 Life Without Makeup is filled with vivid recollections of the moments and people who shaped Moreno’s extraordinary life. The audience is treated to titillating peeks into the lives of the obscenely famous and swoon-worthy; private reveries filled with disappointment and shame; moments of poignant and emotional nostalgia and respect; and delightful recreations of some of her funniest moments in film and television history. Though it’s magical seeing the energetic 79-year-old Moreno perform her greatest singing and dancing moments with her debonair co-stars Ray Garcia and Salvatore Vasallo, the most captivating moments are often the simpler but more theatrically developed scenes. These moments of vivid memory and honesty transcend the stage, transporting the audience to hot nights in New York City, where a young, newly-immigrated Moreno tries desperately to cool off on fire escapes and dreams of a better life. Or to Moreno’s Hollywood apartment, where the young star — now her family’s bread-winner — stares anxiously at the phone praying for her agent to call with news of available work. 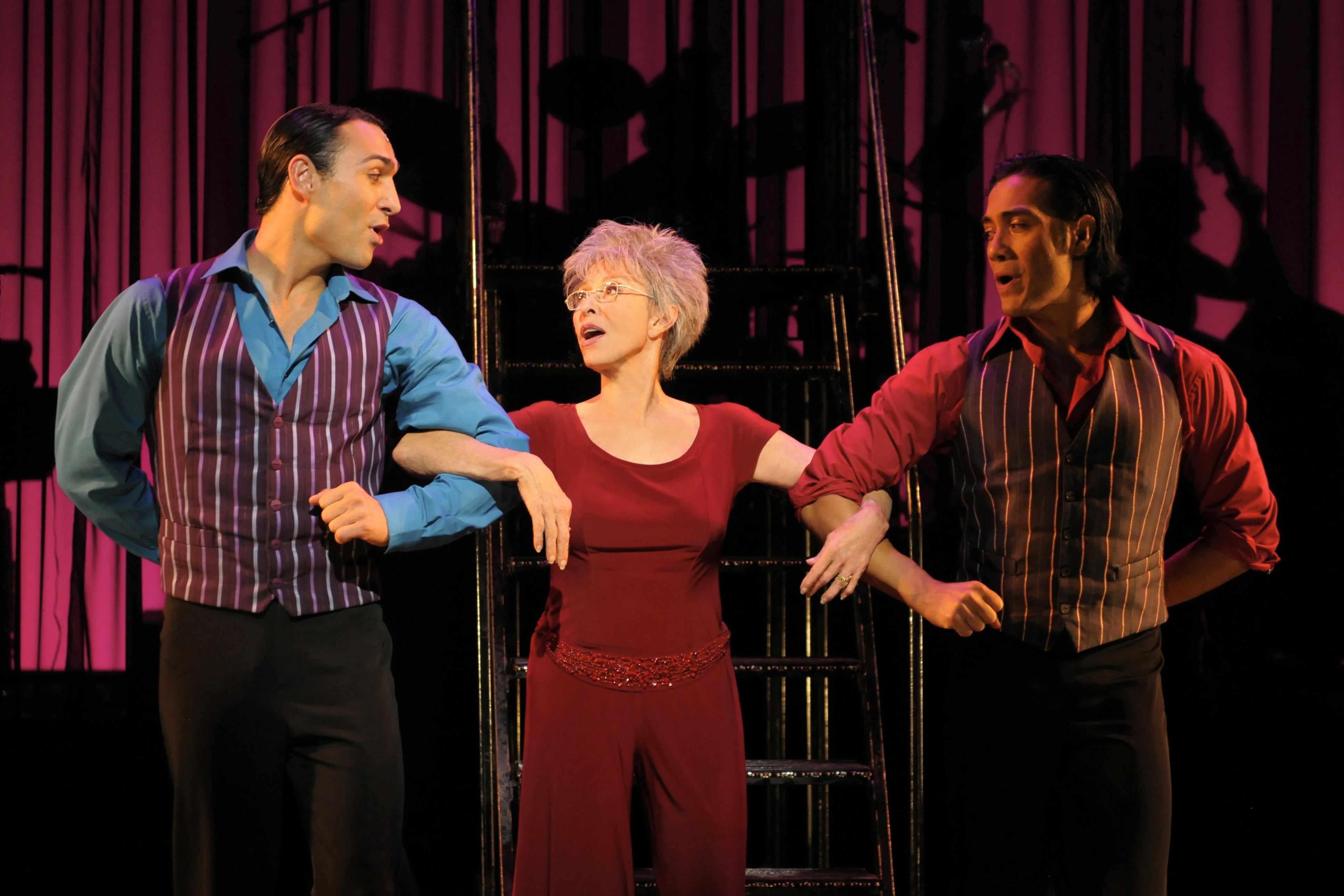 At 79 years old, time and age are palpable players in this retrospective work. There is no question that Moreno is still a triple threat, but one can’t help but compare the effervescent dance moves from the videos projected onto the tall blank canvas panels at the rear of the stage with her current limited range of motion, possibly exacerbated by a recent knee surgery. Ever the performer, Moreno now dances across the stage with an elegant glide to each step, evoking the impression of a floating, and remarkably svelte, fairy godmother. Similarly, Moreno’s voice has taken on a new character, with a lovely and evocative lyricism at the forte where once she displayed an athletic dynamism and range. And though Moreno may not be able to sing as clearly or dance as fiercely as she once had, her acting skills are not on display as a nod to past glories, but captivate with a truth and gravitas earned through a lifetime of performance and wisdom. In all aspects, Moreno performs as admirably as one would expect of a winner of the rare EGOT, the term used to describe someone who has won an Emmy, Grammy, Oscar, and Tony award.

Life Without Makeup is filled with the homage, nostalgia, and inside stories that, frankly, any audience would feel cheated not to hear. But what is far more remarkable than the glamor of her public life is how tenderly and honestly Moreno shares her inspiring story of self-acceptance and inner strength. Through the show, we come to understand that a life in entertainment – whether televised, filmed, or staged – is itself a sort of makeup; a veneer that, through charm, vanity, and even coercion, presents a hungry audience with the image they crave. Behind the makeup, however, is the story of love, loss, prejudice, acceptance, marriage, birth, and wisdom that makes Moreno’s story remarkable and relatable, and a joy to hear.

Let us know your thoughts on Rita Moreno: Life Without Makeup.