By ALEXA DOOSEMAN
So, you and your friends are going to Oktoberfest, Munich’s traditional Bavarian festival and harbinger of fall. You plan to drink dunkel beers while wearing lederhosen and dirndls. You’ve heard that you can’t get hungover from German beer because there are no preservatives. You’ve already eaten a pretzel at the Munich airport because you are THAT excited. I’m with you. I went in 2006 with a group of my closest friends. And we all want to go back because 1. it was amazing and 2. we made a handful of very amateur mistakes that we would like to rectify. If you don’t want to end up like me and my friends, take heed! Follow my 12 pieces of advice, and I guarantee a smooth – still boozy – Oktoberfest experience. 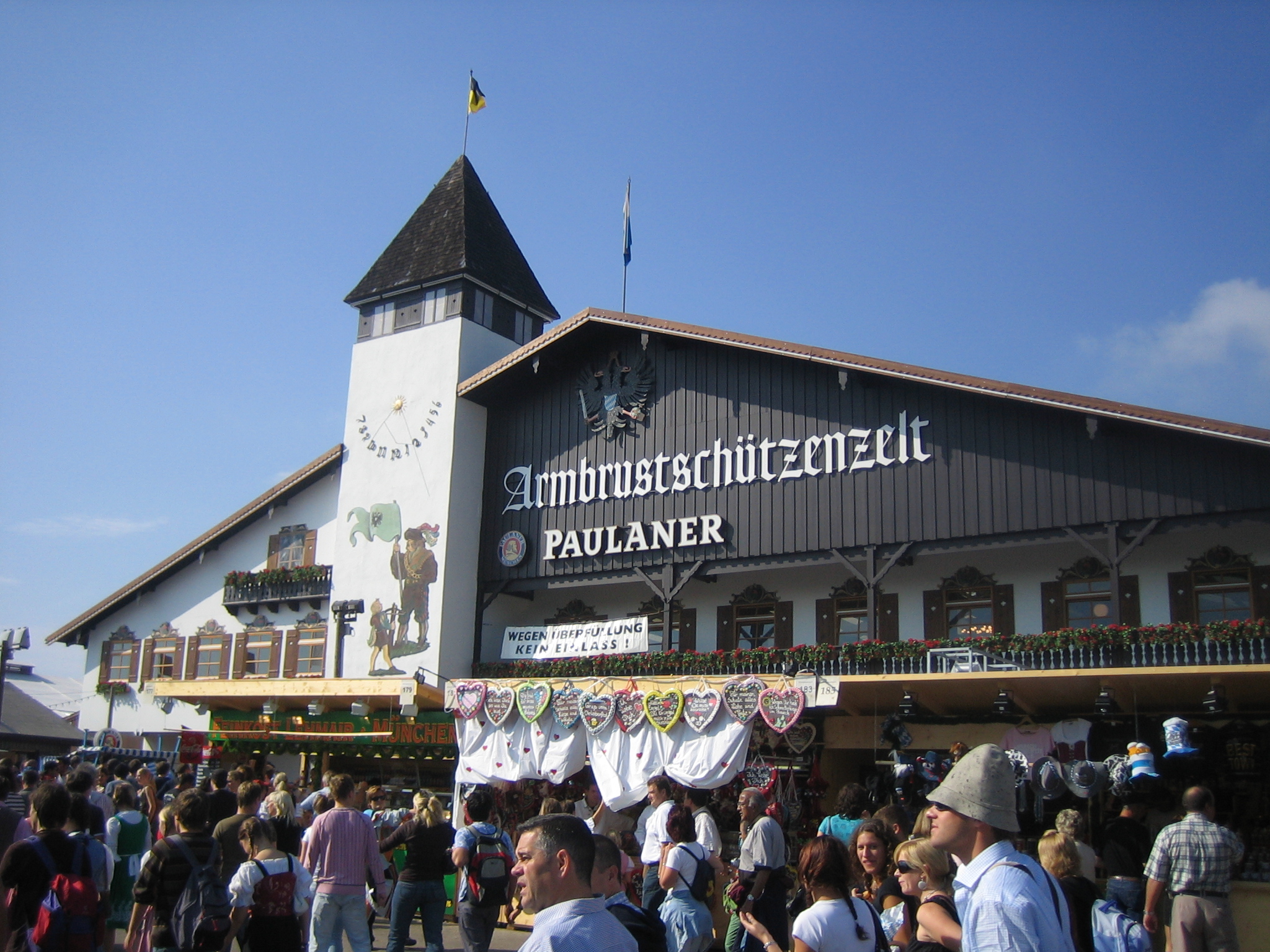 1. Do not drink copious amounts of alcohol the night before Oktoberfest. I know, I know, you’re so excited. You’re in Munich, you’re tasting phenomenal beer, you’re eating delicious schnitzel. I don’t care. Curb your drinking. The steins of beer you will be getting the next day are huge (1-liter huge), and you don’t want to be nursing a hangover while creating a new one. This piece of advice will also help you achieve….

2. Get to the festival grounds, Thereisienwiese, early. My friends and I leisurely woke up (hungover), got breakfast, bought pretzels and sparkling water, and then headed over to the festivities. Guess who didn’t get let in to one beer tent that day? Us.

3. Ladies, do not wear a skirt. I did – and it was flipped up twice by men passing by.

5. Be careful about group hop-ons. Oktoberfest is such a feel-good type of event that it’s easy to make friends – and then not know how to shake them. We ended up with a guy who was supposed to join us for dinner and ended up with us all weekend, including cramming into our hostel. It will seem like a great idea at the time (who doesn’t want more friends?!) but it will come back to bite you the next day, when you are feeling bad (it is indeed possible to be hungover from German beer) and a stranger is enumerating the wonderful reasons for traveling through Europe. Avoid this situation. Trust me. 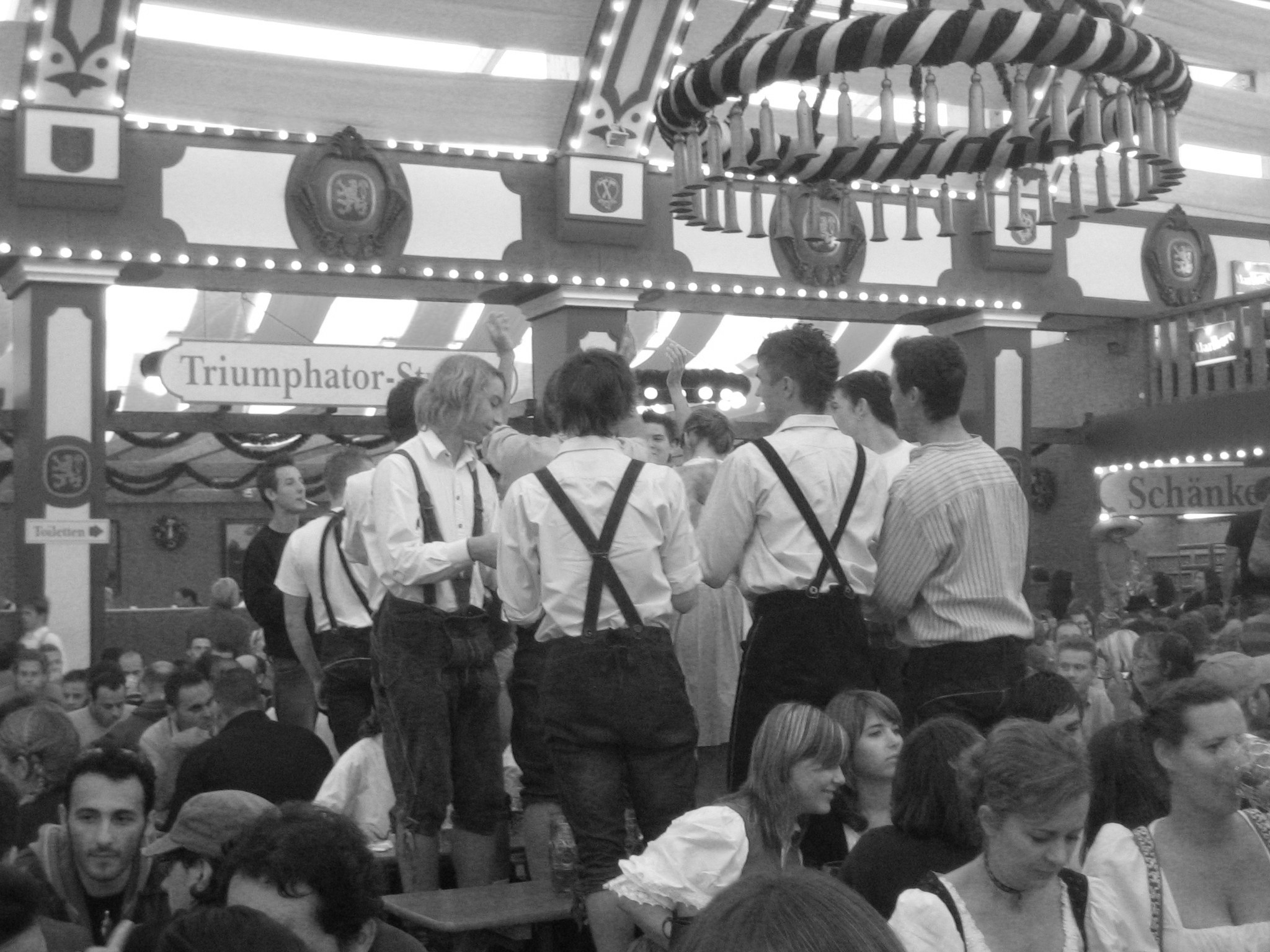 6. Once you have a spot in a beer tent, don’t ever, ever leave. I made the mistake of wandering outside for some fresh air. I then spent the next two hours – in the rain – trying to convince the security guards that I actually did have friends inside the tent. By the time I was let back in, my friends were gone. Bringing me to…

7. Have a meet-up spot. Eventually your group will get split up. It just will. So, decide before the drinks start flowing where and when you will meet up. Even if you all have cell phones with European sim cards, do this. The service inside the festival grounds was non-existent in 2006.

8. Really, don’t go on the carnival rides after drinking all day. If that sounds like a bad idea right now, that’s because it is. And yet, you’ll still want to. Don’t.

9. If after all your beer drinking, you want more beer drinking, head down to Munich’s beer halls. But, be warned, don’t try to play cards in them. That is considered gambling and you will get a sharp talking-down to. Word games, on the other hand, are totally fine.

10. Watch your possessions around strangers. My friend was taking photos one moment and then was camera-less the next. She still doesn’t want to believe that her camera was stolen. It was.

11. Watch your possessions around your friends. At the end of one of our nights, I spilled a big glass of red wine on my other friend’s passport. He then had to spend the next year explaining why his passport was stained burgundy to every customs agent he met. Just lock your valuables away for the length of your stay in Munich.

12. Finally, the ultimate piece of advice: drink as much beer, eat as much roasted chicken and dance on as many tables as your mind, body and stomach can handle. Prost!

If you want to experience Oktoberfest, but can’t make it to Munich, do not fret! Cities all around the world are now having their own Oktoberfests. Please check eventseekr for one near you. And if you’re in the San Francisco Bay Area, like we are, make sure you check out Oktoberfest By the Bay at Pier 48!