For most of the world, summer is cooling down and making way for the crisp air of autumn. After a poor excuse for a summer, San Francisco and I are finally saying hello to sunshine and I couldn’t think of a better way to welcome the Indian summer than with a show simmering with harmonies.

Across the bay this Thursday, September 22, Other Lives is playing a show with Bon Iver at the Greek Theatre in Berkeley. For me, Bon Iver’s founder and mastermind Justin Vernon has already solidified a spot for himself in indie-rock history. He needs no introduction as his signature falsetto voice speaks for itself. Opening up for Bon Iver will be Other Lives, a folk-inspired rock band of the same flavor with all the potential to become a premier act in the current indie-rock scene. 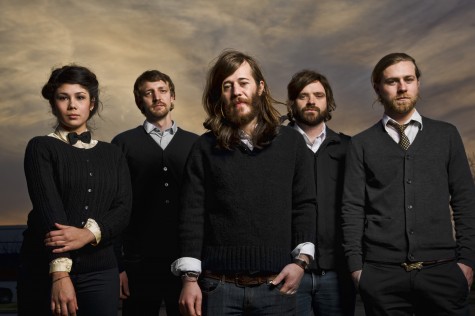 Other Lives. Photo by Jeremy Charles.


From Sillwater, Oklahoma, Other Lives is defined by its mellow, but resonating music. The band can be traced back to a musical project called Kunek, which disintegrated in 2008, leaving only a single underexposed and under appreciated album behind. Other Lives rose later that year, fronted again by singer/songwriter and guitarist Jesse Tabish, who joined his Kunek band mates, cellist Jenny Hsu and drummer Colby Owens, for another go at making music together. The band’s 2009 self-titled debut album received some widespread attention with a feature on the popular television show Grey’s Anatomy, though nothing outshines its 2011 effort, Tamer Animals. This album is a stunning display of minimalism that will be the perfect soundtrack to the open air of the Greek Theatre.

Tamer Animals guides listeners slowly through a winding and thoughtful journey. The opening track, “Dark Horse,” serves as an invitation to follow the band wherever they might take you. Other Lives leads the way with the repetition of the phrase “We’re bringing down the doors,” surrounded by playfully ominous bass clarinet and a commanding bassoon, before giving instructions to “listen as you go, find out more of where you were before.” At first, the title track seems to be one of the more soft spoken tracks until it is fully realized with flashes of thumping drums and some truly beautiful piano composition. My favorite song on the album, “Old Statues,” is full of painful realizations masked by cascading harmonies, each one taking its time to naturally build and develop.

Tabish’s reverberating voice goes straight for your chest, pulling at any strings and loose threads to stir unnamed emotions, and Hsu’s harmonies act as another instrument, almost seamlessly flowing from song to song. Tamer Animals might be too minimal and somber for some, as it has the potential to blend into one long play without any hard-hitting rock moments, but Other Lives was not aiming to make an easily accessible indie-rock album. In 11 songs, Other Lives made me think, and it made me feel. Something in the band’s music stayed with me, and made me nostalgic for reasons I can’t put my fingers on. 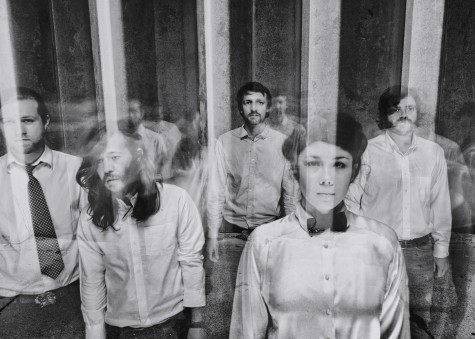 Other Lives. Photo by Jeremy Charles.

Other Lives, with Bon Iver is beyond ideal for my first show at the Greek Theater. Compared to a smaller venue, the amphitheater will allow the music to really take flight. The two modest and folksy acts will make for a masterpiece of a show, packed with soaring harmonies and jangly instruments. I’m already anticipating the memory of this show haunting me in the best way possible.