Wednesday is often the dreaded hump day that we wish would end but just seems to drag on forever. To combat that feeling, we’ve decided to start the Hump Day Pick Me Up series, where we’ll list some of our favorite events for the coming weekend. Hopefully, it’ll help you fight the urge to slap your current project in the throat and bury it under the mound of growing work on your desk. 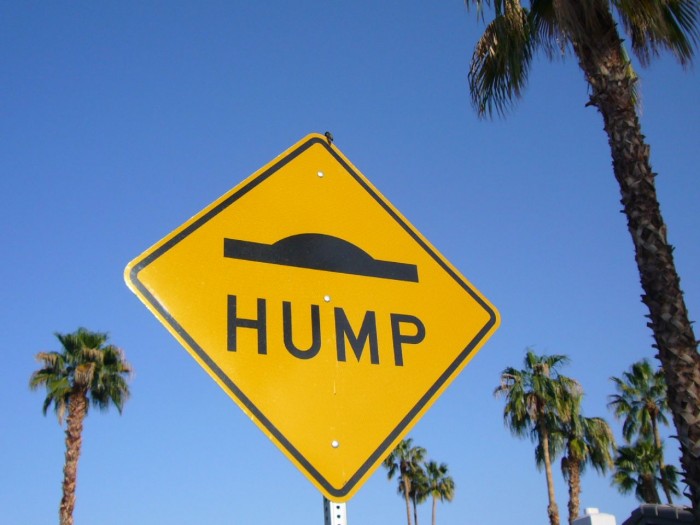 In addition to the events we’ve already posted (Hong Kong Cinema Festival, Junior Boys @ Mezzanine, Other Lives-Bon Iver @ The Greek Theatre, LovEvolution), there are some gems we couldn’t write up in full, but wouldn’t feel right not telling you about.

1. San Francisco Cocktail Week (Monday, September 19 to Sunday, September 25): Indian Summer, meet endless libations. This week, San Francisco salutes the cocktail with the 5th annual San Francisco Cocktail Week, where bartenders and distillers from all over the West Coast zone in on SF to share their stories, secrets and, well, liquor–all in support of the Barbary Coast Conservancy of the American Cocktail (BCCAC). This non-profit group works to preserve San Francisco’s saloon culture and heritage. They’ve organized parties, dining events, seminars and bar crawls all over SF. See the full schedule, list of venues and ticket prices here.

2. 2011 Eat Real Festival (Friday, September 23 to Sunday, September 25): Any self-respecting foodie should be at this festival. Located in Oakland’s Jack London Square, Eat Real Fest hosts a posse of food trucks and a full schedule of cooking demos, food competitions, workshops and performances. Associated with a non-profit organization, Eat Real focuses on promoting the value of having a thriving regional food system, where farmers and local food entrepreneurs work together to produce tasty, sustainable cuisine. The food at this festival is affordable (everything’s under 5 dollars), local and fresh, and entry is free. Go get your grub on!

3. Polk Street Blues Festival (10am to 6pm Saturday, September 24 to Sunday, September 25): Located on Polk Street between Jackson Street and California Streets, the Polk Street Blues festival is a free event with all-day performances on two stages–one on Jackson Street, and the other on Polk Street. Make sure you check their schedule and pick out who you want to see. Or, you can just mosey through all the street vendors that will be at the festival, and soak in the atmosphere. Here’s a map of the event.

4. San Francisco Symphony performs Mahler’s Third Symphony at Davies Symphony Hall (Wednesday, September 21 to Sunday, September 25): The San Francisco Symphony celebrates its centennial with a performance of Mahler’s Third Symphony conducted by none other than Michael Tilson Thomas. The SFS has won seven Grammy awards in the past for its interpretation of Mahler, and since this is the final week that the SFS will be performing Mahler this season, you better get your tickets while you still can.

What do you do to get through Hump Day? Are you going to any of these events?