By ADAM SAWYER
BRAIDS, like so many unshakable memories, has its foundations set in high school. Now working out of Montreal, the members all met in Calgary, some through participation in jazz combos, others in the theatre, during piano lessons and even on a trip to Europe. The pieces slowly fell into place for a musical team anchored in friendship. Raphaelle Standel-Preston, the woman behind the vocals and guitar of this experimental indie pop group, broke her leg as a teenager and decided to snatch up the axe. Music lovers are thankful. The rest of the family includes Austin Tufts as drummer/vocalist, Taylor Smith who plays multiple instruments and sings, and Katie Lee who offers up her keyboard tickling as well as her voice. That’s right, everyone sings. To say that the group is harmonious may be a bad joke on my part, but the statement speaks on multiple levels. The band is currently on tour throughout Canada and the States with such groups as Pepper Rabbit and Painted Palms, and will then move on to Europe. Praise follows the quartet on their tour for their debut album, Native Speaker, as it captures audiences and critics alike with a smooth sound that is far from boring or mundane. 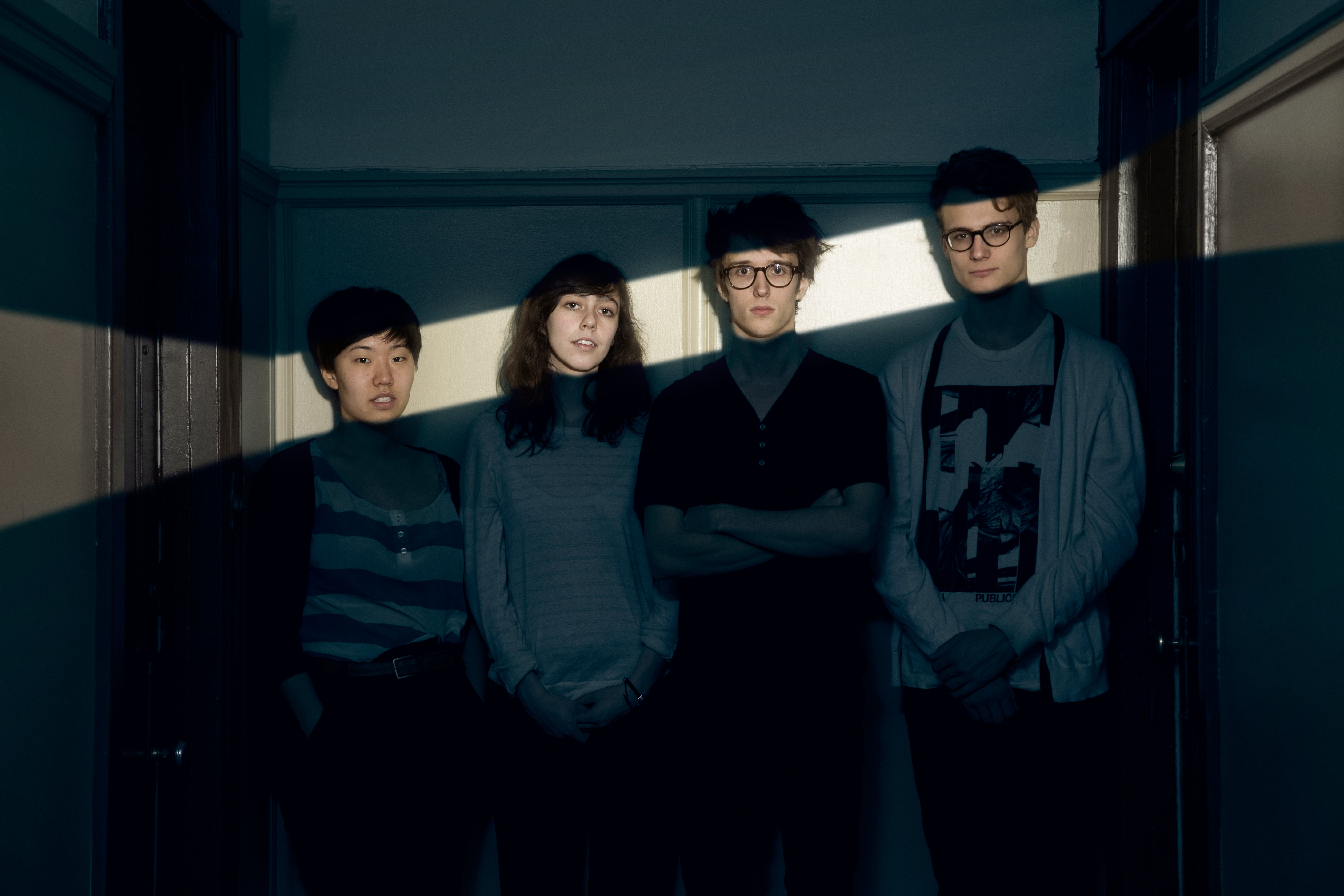 Braids. Photo courtesy of Tell All Your Friends PR.

I get the chance to talk with the singer on an early Monday morning. Her voice and demeanor are immediately welcoming and warm, which contrast with my groggy timbre and cloudy head, as I’m on Pacific Standard Time and am not a morning person. I begin by apologizing to her if I seem a bit all over the place (because I most definitely am) and she counters with “Oh, that’s ok. I’m running about too, helping move around some band equipment.” I can tell this will go just fine.

How did the band get started in high school?

We all played music ourselves and were in school bands and ensembles. We had an instant and strong connection. It was special.

You have been described as a “reckless daughter of Panda Bear and Sugarcubes-era Björk” [Blurt Magazine] and “an amalgam of feminine assertion and unabashed lust” [Filter Magazine] – the album title track “Native Speaker,” case and point. What do you have to say about that?

Sure, that sounds great! I think that sounds good. I don’t think that it’s my job to decide what it sounds like or how it makes the listener feel. I mean, I don’t like it when people say that our music is “juvenile” or “bad,” but that happens too.

[After a good laugh] I’m sure that each of you has your own answer for this so who would you say are your biggest musical influences, Raphaelle?

Björk. She is a great performer – strong, emotive and.. she’s obviously female [laughs]. Karen O. She’s gutsy. Openly gutsy. I wish I could be more like that. Aphex Twin. Everyone in the band loves Animal Collective. Austin is a big jazz lover.

“Plath Heart” is a personal favorite of mine. It is on the shorter side as far as your relative track length goes – with a few 7-8 minute songs. Does the length of each track come organically or do you usually plan to have longer pieces?

We never plan to have a long piece, actually, but sometimes there is a lot to include. For “Plath Heart” we wanted a short song, especially since there are a lot of longer tracks. It is meant to be a sharp and changing song with nothing but the integral parts. The lyrics took a while for that one but it happened.

I also rather enjoy “Glass Deers” with its slow entrance, dreamy melodic landscape and crass lyrics. Like many of BRAIDS’ pieces, it exhibits a sense of control and continual buildup without a huge release, effectively creating a steamroller of a song rather than an anticlimactic tune, which is no easy feat.

You sing of being messed up [replace with fun explicative] in “Glass Deers,” and that you “know what makes a man.” In a few words, what is this song about?

It is about the fragility that I look for in a man. I know it’s hard to understand my voice sometimes. Near the end, the lyrics are “his backbone is sipping up sand,” paralleling his spine to the idea of glass – hard yet fragile.

Contradiction. That is what BRAIDS delivers with bold lyrics that effortlessly slip in and out of a flowing sound. On the latest album, Native Speaker, the music feels almost private yet sonorous by nature, which conveys to the listener a sense of sharing a secret with your best friend – if your best friend were a sold out venue. 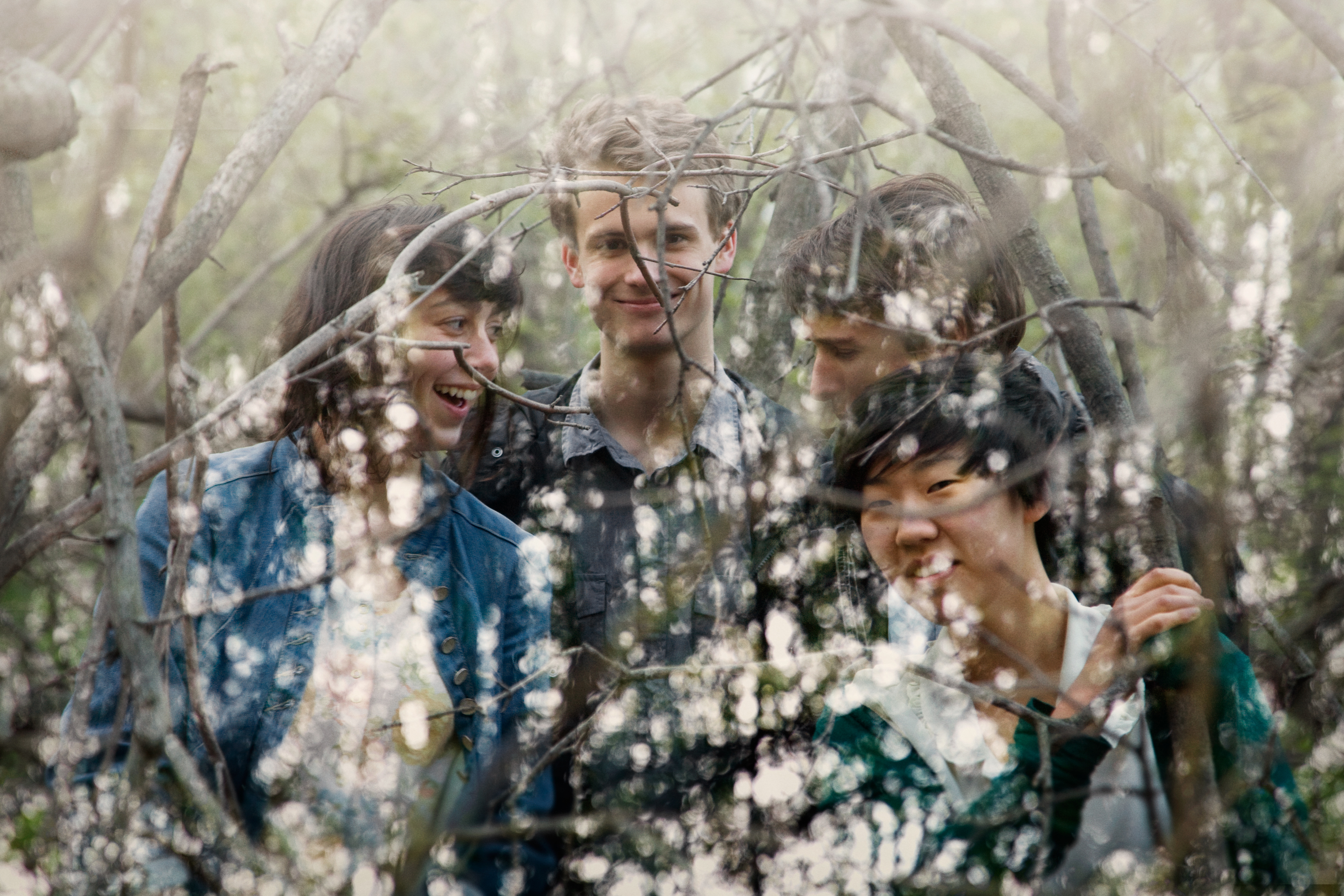 Braids. Photo courtesy of Tell All Your Friends PR.

Which music festival would you most like to play?

I’m not really familiar with all the music festivals. I guess I’m not a very current person. Although, I would like to play in Japan. And I loved going to Eastern Europe.

With which bands would you like BRAIDS to play?

Talking Heads, Animal Collective and Blue Hawaii, my other band.

Having only heard one song by Blue Hawaii I do not have a firm idea of the band’s sound, but if its electro-pop drive brings half the amount of emotional impact and dreamy panoramas as Native Speaker then you can count me in.

You can purchase the debut album from the quartet’s label, Flemish Eye. I will be at the upcoming show in San Francisco on September 27 at Bottom of the Hill where the band will perform with Pepper Rabbit. Look back for more information and a review of the concert on the eventseekr blog. Track the band on eventseekr.com for all upcoming BRAIDS tour dates.

Let us know your thoughts on BRAIDS. Let us know what you think! Follow us on Twitter and like us on Facebook to give us a shout. You can also stay on top of exciting events from around the world by downloading the eventseeker app for iPhone, Android or Windows.