By BRIAN THOMAS
Having gone to both high school and college in Oklahoma, I have been a fan of Tulsa band Jacob Fred Jazz Odyssey (JFJO) for quite a long time. I have seen them more times than I can count, and have always loved – and I mean loved – their performances. The shows are amazing and the energy that exists between members of the band is truly outstanding. The transitions between songs are flawless, the perfect mix of jazz improvisation and a choreographed routine that has been practiced millions of times. Every musician brings an energy to the stage that is insane but focused, and they seem lost in the music they are performing. All of this leads to a show that shouldn’t be missed for any reason. For those of you who haven’t had the pleasure of seeing Jacob Fred Jazz Odyssey, your time has come – they are currently touring the nation with their 21st record, The Race Riot Suite. 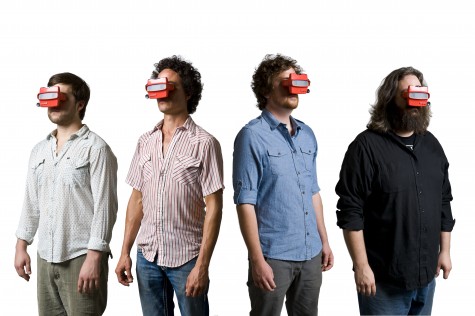 JFJO’s latest album narrates a historical event in Tulsa history. The album is an interpretation of the devastating 1921 Tulsa Race Riot, a horrible night in history where the wealthy Tulsa elite tried to take advantage of racial tensions in the mainly African-American Greenwood neighborhood. Although there isn’t much literature on the subject, what is clear is that there was intense fighting between whites and blacks, and more than two dozen black-owned businesses were set ablaze.

Written, arranged, and orchestrated by Chris Combs, The Race Riot Suite starts in the first movement with the track “Black Wall Street,” where the listener can feel the atmosphere of a thriving and independent black community pre-riot. During “The Burning,” JFJO uses the horns to convey the chaos that ensued as the mob descended on Greenwood. “Mt. Zion” slows the pace down before “Lost in the Battle for Greenwood” once again invokes the feeling of actually being in the middle of the riot. Next, “Grandfather’s Gun” (definitely one of my favorites) and “Cover Up” explore the racism that fueled the riot and also allowed for the media’s eventual cover up of the event. The album ends on a note of positivity and hope for a community that refused to be destroyed, and includes one of my favorite tracks, “Eye Of The Dove.” Although JFJO does a great job conveying the event through the different movements of the album, it can be helpful to read more about their intentions on the site (which is where I got some of this info). Recorded in Tulsa, less than a mile away from the riots, at the legendary Church Studio on the corner of 3rd and Trenton Avenues, the album is truly a masterpiece and should definitely be on your don’t miss list for 2011.

Stay tuned for a review of the San Francisco performance. If I can’t convince you to check them out with this post, maybe I will be able to do so after the show.

Track Jacob Fred Jazz Odyssey for tour dates on eventseekr.Let us know what you think! Follow us on Twitter and like us on Facebook to give us a shout. You can also stay on top of exciting events from around the world by downloading the eventseeker app for iPhone, Android or Windows.