Offering a diverse range of touching pieces, Smuin Ballet’s 2011 Fall Program has an engaging program that upholds the company’s reputation for innovation. The fall season runs from Friday, September 23 to Saturday, October 1 in the Palace of Fine Arts Theatre. The 2011 Fall Program contains four pieces, three of which are Smuin classics (Tango Palace, Stabat Mater and Eternal Idol). For me, however, the highlight of the program was definitely the last piece: Choreographer in Residence Amy Seiwert’s world premiere of Dear Miss Cline. 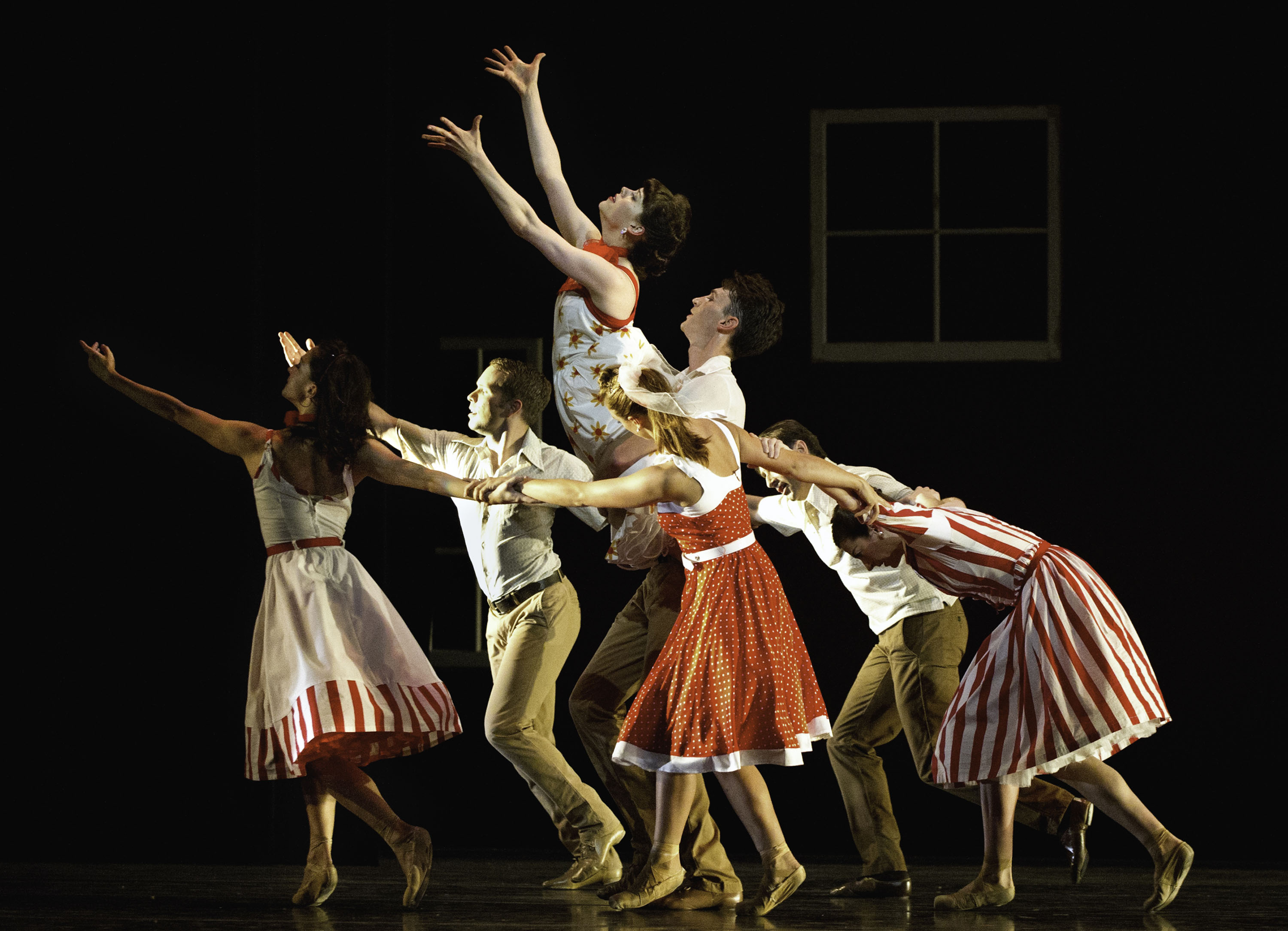 The Smuin Ballet Company in Dear Miss Cline, a world premiere by Amy Seiwert at the Palace of Fine Arts as a part of Smuin Ballet’s fall program. Photo by David DeSilva.

Those who aren’t familiar with Smuin Ballet should know first and foremost that this company doesn’t do The Nutcracker, Swan Lake, fluffy tutus or the dizzying fouetté rond de jambe en tournant a la Natalie Portman’s dancing double in The Black Swan – though I have no doubt they could if they wanted to. The company’s founder, Michael Smuin (1938-2007), was a principal dancer, choreographer and theater director, having worked with prestigious ballet companies, on Broadway and in film/television, and his aesthetic represents his cumulative experience. Now under the leadership of Artistic Director Celia Fushille, this company continues to be known for its highly accessible and innovative style, which fuses the technique and grace born of classical ballet with contemporary tropes.

Having never seen Smuin Ballet perform before, I thought the first piece of the night, Tango Palace, was a great introduction to the company. Though this ballet-tango wasn’t as raw or aggressive as the dance traditionally is, the fiery desire that tango is known for was still there in full force, along with some unexpected humorous moments. The next two pieces, Stabat Mater and Eternal Idol, displayed the company’s more serious side. Stabat Mater was inspired by the events of September 11, and is set to Antonin Dvorak’s cantata of the same name. The lifts within the piece are jaw-dropping, and the choreography is as beautiful as the story is tragic. In Eternal Idol, Rodin’s sculpture of two lovers comes to life in a poignant pas de deux (a duet) set to Chopin’s Piano Concerto in F Minor. In all of these pieces, the dancers were incredible actors and imbued their gestures with both power and emotion. 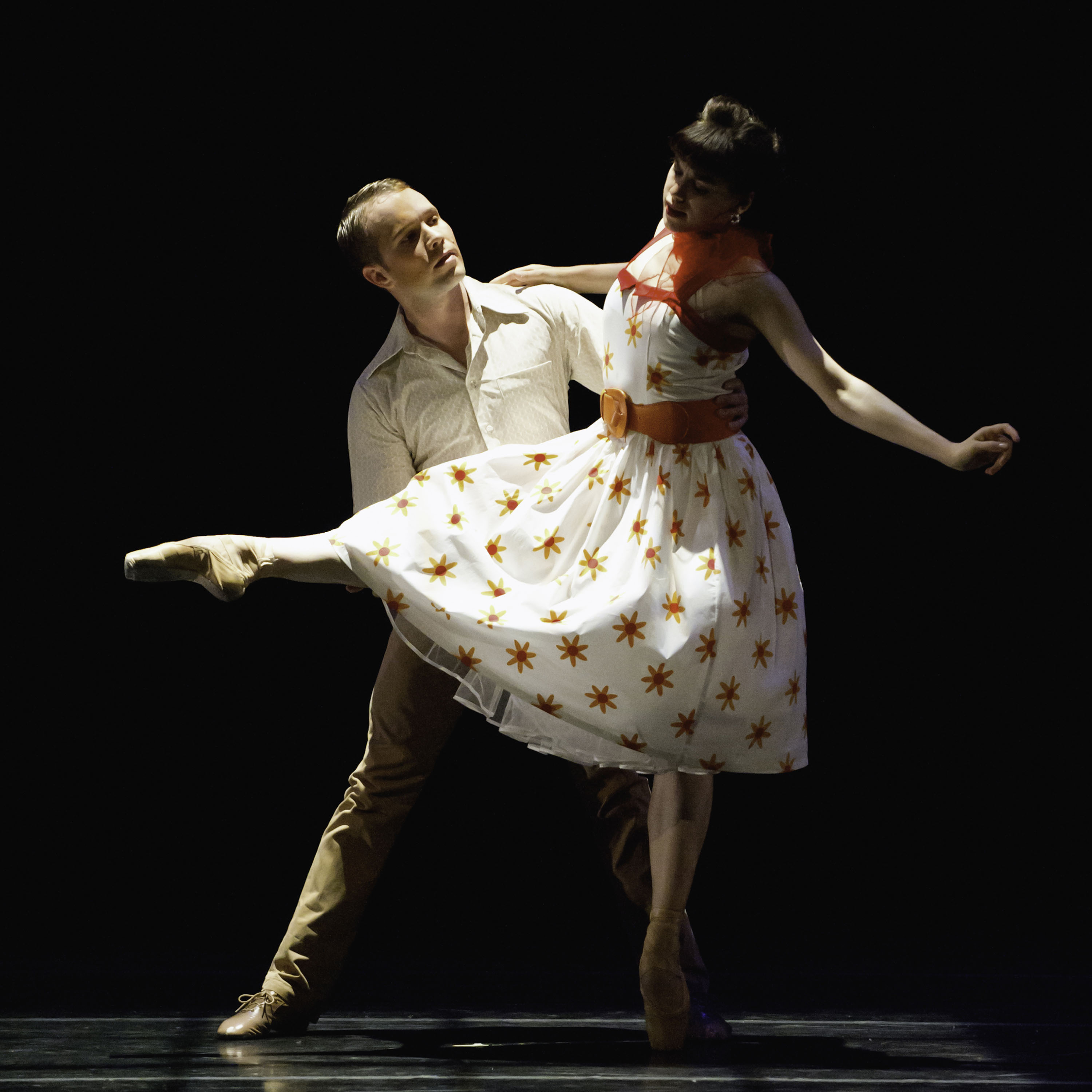 Smuin dancers Jared Hunt and Susan Roemer in Dear Miss Cline, a world premiere by Amy Seiwert at the Palace of Fine Arts as a part of Smuin Ballet’s fall program. Photo by David DeSilva.

As I said earlier, Amy Seiwert’s Dear Miss Cline was my favorite part of the night. In this piece, the company performed contemporary dances to ten of Patsy Cline’s songs, all focusing on love and heartbreak. What was most striking to me about the choreography, besides the ingenious way the lifts literally expressed the lyrics to the songs, was the quirky, almost eerie, doll-like way the dancers moved. In many of the songs, though not all, the female dancers were constantly being manipulated by the men. Their feet rarely touch the ground, almost as if they have no control over where they can go or what they can do. Whether the song is about a woman with two lovers, a woman who’s caught her man fooling around, or a woman who was dumped for cheating on her man, the men always seem to be in the position of power, drawing the women in and placing them where they please. Even though they are the main characters in both the song and the dance, they don’t seem to have agency – and that thought made me take pause. Are girls just men’s playthings? Are men only good for lifting women up? Do men and women think of each other as toys? Or do we all just lose all control over ourselves when we’re that deeply in love? (I like to think the last!) 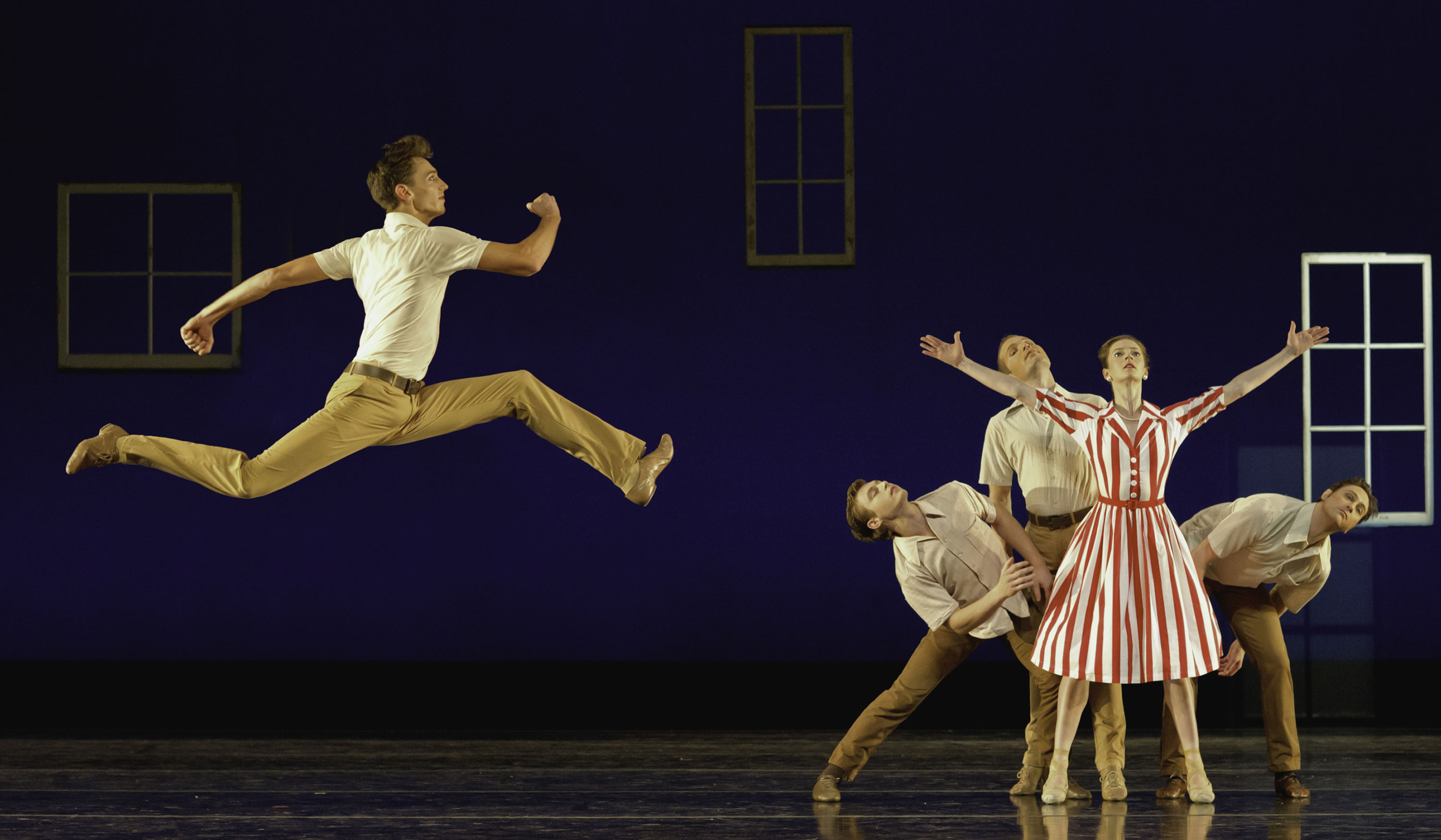 (front) Smuin Ballet dancers Jonathan Dummar and Jane Rehm with the men of the company (behind Rehm, l-r John Speed Orr, Jared Hunt, and Shannon Hurlburt) in Dear Miss Cline, a world premiere by Amy Seiwert at the Palace of Fine Arts as a part of Smuin Ballet’s fall program. Photo by David DeSilva.

In either case, the dances brilliantly interpreted the lyrics to Patsy Cline’s songs. I don’t pretend to know what Amy Seiwert meant, if anything, with her amazing choreography – but those are just the questions the dance brought up for me. Melodrama aside, aesthetically the dances were amazingly entertaining, cheeky and hilarious. When I first read the program and saw the different types of pieces that were going to be performed, I was worried that the show might be a bit schizophrenic or disjointed. However, I am glad to say that I was completely wrong. The company’s indisputable prowess allows each piece to stand alone, and the result is a balanced program that will leave the audience reflective, spellbound, and cheering for more. 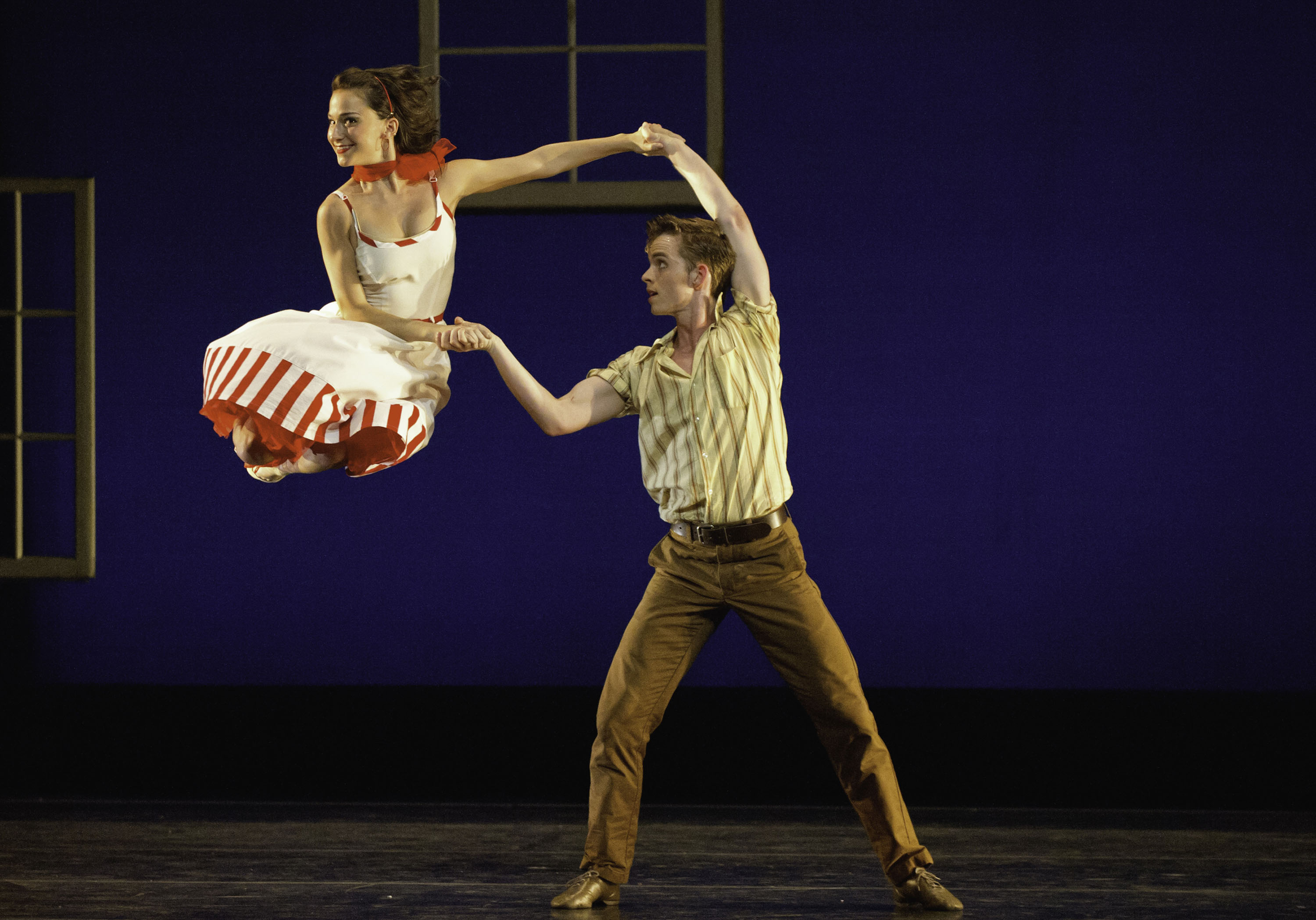 If you don’t have a chance to see Smuin Ballet perform in San Francisco, don’t worry, because they’ll be performing the same program in Carmel, Mountain View and Walnut Creek in February 2012.