One of the first times I saw the work of Richard Serra in person was on a warm San Francisco afternoon, when I took a walk from the China Basin neighborhood to Mission Bay. China Basin, with its newly built condominiums, neat cafes, and picturesque floating homes, projects the air of inconspicuous, self-satisfied affluence; this is what you may call an urban Arcadia. Take the 3rd Street Bridge to Mission Bay, and you will get into a massive construction zone, which neighbors various facilities for biomedical research. Some of the buildings don logos of huge corporations such as Bayer. Turn onto a slumberous plaza with cafes and benches, and this is what you will encounter: two giant rectangular slabs made of rusty steel, tilting and facing each other from a 100-foot-plus distance.

Richard Serra said in an interview on the Mission Bay installation that the plates are supposed to look like “blades stuck in the ground,” and this phrase encapsulates the mysterious aggression that the work possesses. Although the artist prides himself on being “from the old left,” he is certainly no stranger to the establishment, having exhibitions in plush spaces like the Gagosian Gallery. Nevertheless, it is hard to imagine something less fitting for this realm of business and science than his sculptures. The work simply doesn’t belong–it seems like it came from a totally different place. Serra’s sculptures rudely intrude into a space and disrupt its harmony without being shocking or provocative; they just heighten the awareness of something truly Other. And not an otherworldly, alien Other, mind you, since rusted steel is such a regular, viscerally familiar material.

Serra’s output lies so much beyond the conventional notions of beauty and ugliness (and taste, for that matter), that some people find it disturbing. His “Tilted Arc,” installed in 1981 in New York City, provoked enormous controversy, amounting even to death threats. What is perhaps the most unconventional is the fact that in Serra’s case sculpture is only secondarily an aesthetic object inviting contemplation, and primarily an organizer (and, in a way, critic) of space. It gains so much from being placed in an urban context–although, I have to say, concentrating on its formal properties only is also rewarding. That’s why Serra’s work makes sense not only in the street, but also in the museum. Recently I visited his colossal steel “Band” at the Broad Contemporary Art Museum at LACMA, and couldn’t help admiring the artist’s formal inventiveness. The rusted walls wildly tilt backwards and forwards, producing a somewhat narcotic effect. At the same time, I felt like I was wrapped in a steel cocoon. I did not want to leave. 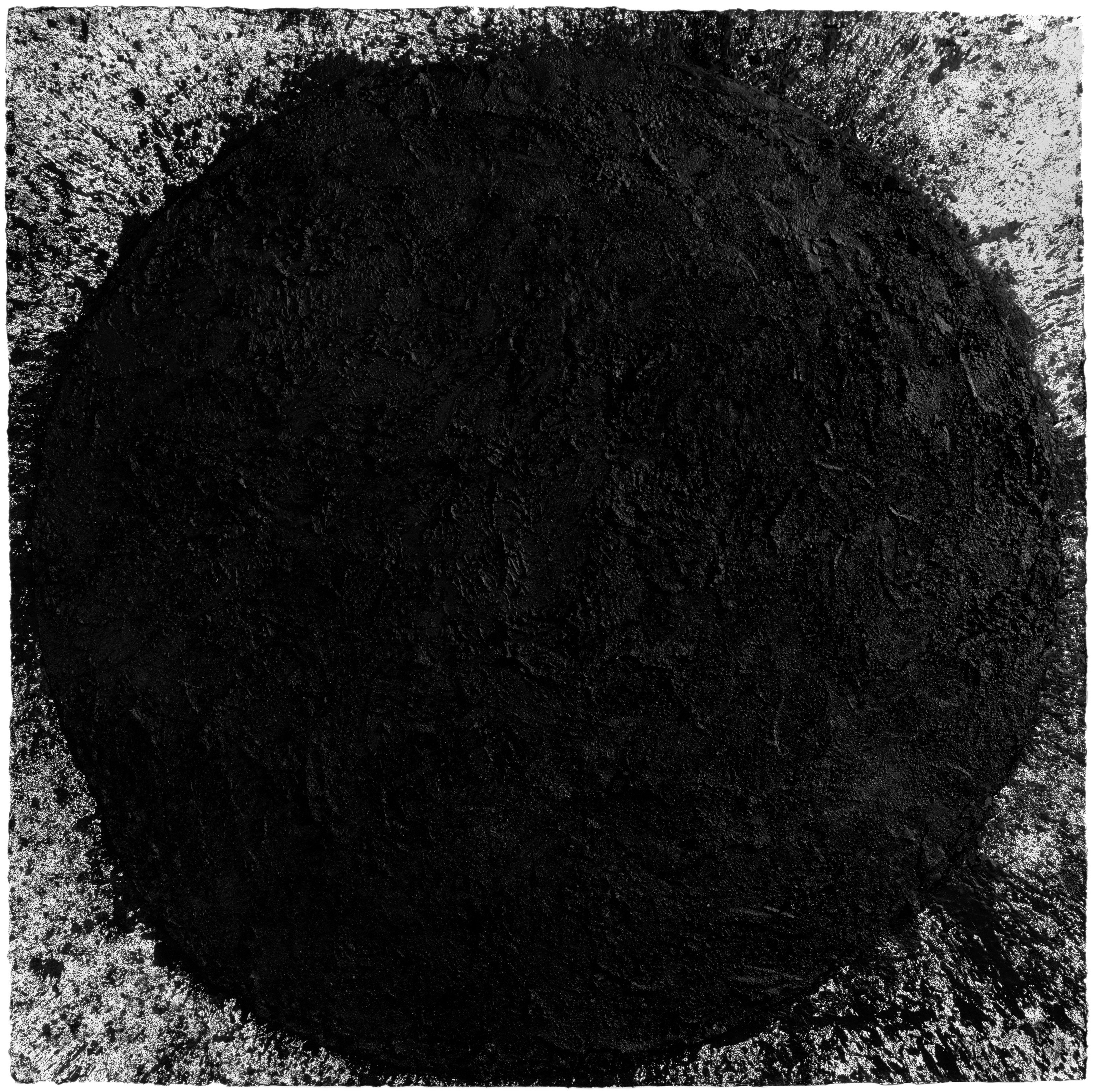 Starting October 15, the SF MOMA will be getting its audiences acquainted with another facet of Serra’s work: his drawing practice. Expect monumental sizes and unorthodox techniques. To music nerds: one of Serra’s drawings (pictured above) adorned the cover of Monoliths and Dimensions, the 2009 magnum opus by the monk robe-clad drone metallers, Sunn O))). Grab that instead of the audio guide–if you dare.

Richard Serra Drawing: A Retrospective at the SF MOMA

Are you planning to check out the Richard Serra exhibit? Let us know what you think! Follow us on Twitter and like us on Facebook to give us a shout. You can also stay on top of exciting events from around the world by downloading the eventseeker app for iPhone, Android or Windows.