The Fillmore is one of my favorite venues in San Francisco–the chandeliers, dim lighting, and red walls plastered with rock and roll memorabilia make the two-story building feel like an intimate celebration of San Francisco and its musical history. I showed up ready to see the reigning indie pop/rock band of the summer, Foster the People, and the young, energetic Reptar. As if those two dance party starting acts weren’t enough, I picked up a show schedule to find that Noise Pop group, Cults, was slotted right in between them. The music gods were obviously on my side that night. 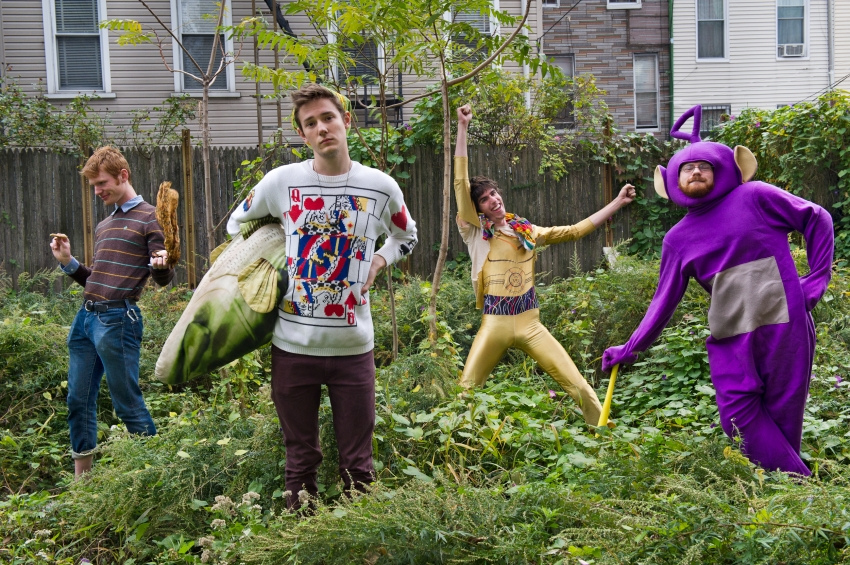 This was the second show in as many days at the Fillmore for the bands, and I never would have guessed the back-to-back performances were Reptar’s first shows in San Francisco. The four-piece group from Athens, Georgia looked right at home among the 20-something, tie-died shirt wearing crowd. In the band’s short history, Reptar has been known for evoking serious sweat-soaked dance parties. I knew the band liked to dance and I knew the band encouraged its crowds to dance, but for a group with only a single EP recorded, I was seriously impressed when it managed to get the entire venue grooving to its electronic dance anthems. When the band played its 2011 single, “Ready Or Not,” the crowd’s enthusiastic cheers of recognition seemed to surprise the band members, and they responded with widening smiles. I’m pretty sure keyboardist William Kennedy set a new record for number of hops on stage during a single set, and his animal-like hair had so much body that it bobbed up and down in a syncopated rhythm with the rest of his body. Maybe it was the young age of the musicians (can all of them legally drink?), or maybe it was the band’s name (a fictional character from Rugrats, a 1990s cartoon that I adored in my childhood and grew up watching), but they made me feel like I was watching my friends play music. Reptar was playful, particularly lead singer Graham Ulicny, and I got the feeling they didn’t take themselves too seriously. Coming from me, that statement in itself is a compliment of the highest level. 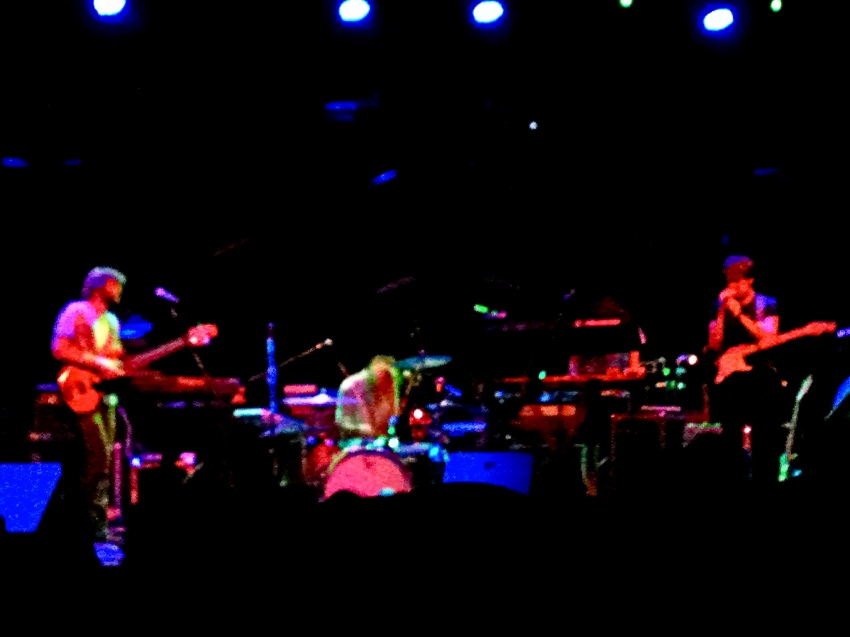 Reptar at The Fillmore. Photo by Lauren Espina.

After Reptar’s set, I was able to chat with three of the four Reptar members as they loaded their equipment into their van. Our brief encounter solidified my initial suspicions about the band: they are young, very close to my age in fact, who are extremely polite and asked me as many questions as I asked them. I had read the four band mates were still in university, and as a student myself I had to ask how in the world they handled the constant juggle between school and music making. The question made them smile, and they answered that school was on hold “indefinitely.” The answer made me smile, not because I would love to put school on hold (which yes, sometimes I really DO), but because they had no apologies about it. After a few more quick exchanges, I decided to let Reptar go about its business and thanked them again for a great show and for taking the time to chat. Reptar comes back to The Fillmore to play with electronic rock duo Phantogram on November 2nd. 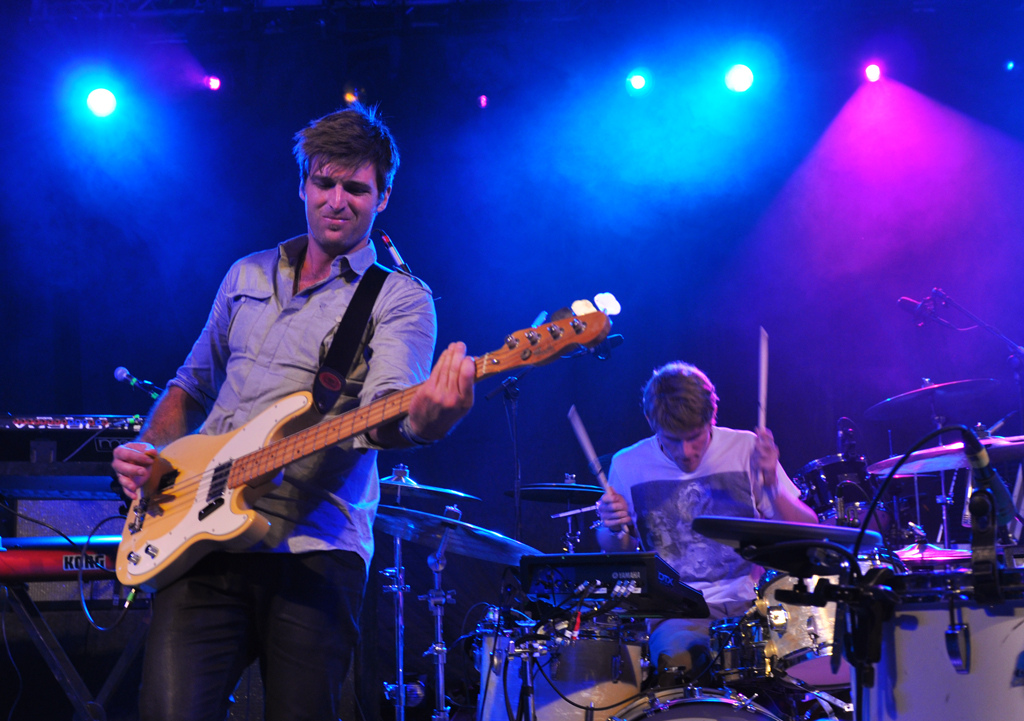 After a hypnotizing performance from Cults that calculatingly cooled down the venue, the headliner of the night finally took the stage. Right now, Foster the People is in a place where its trying to transcend its monster hit that has managed to find a spot on the rotation of every major rock and pop radio station. Although it might take more convincing for some, Foster the People played a show that proved it won’t settle for being a one-hit wonder. The band’s summer tune “Pumped Up Kicks” is certainly fun to swing your hips to, but there were moments during the show that were far superior to the pumped up finale. The epic drum intro, smooth rhythms, and brass highlights to “Houdini” made the song one of the sexier numbers from the set-list, and whoever did the lighting for “Helena Beat” should win a prize for matching frontman Mark Foster’s energy level. Before this show, I had only seen Foster the People at music festivals where the band’s speakers just weren’t loud enough for the music to be appreciated. The band couldn’t fake a legitimate show in the close setting of the Fillmore. They nailed it with a loaded set-list, filling in the gaps with funky dance moves. So in Foster the People’s case, I believe the hype.

What do you think of Reptar, Cults and Foster the People? If you want to stay on top of where they’re going next, start tracking them on eventseekr.com!
Let us know what you think! Follow us on Twitter and like us on Facebook to give us a shout. You can also stay on top of exciting events from around the world by downloading the eventseeker app for iPhone, Android or Windows.