By KORRENA BAILIE
San Francisco had waited six years for the Kings of Convenience to return to the Bay Area; The Fillmore was sold out and the crowd was eager, but good natured. In fact, they were so laid-back it took a few moments for them to realize that Erlend Øye himself had bounded on-stage to introduce the openers. Seth Petterson and the Undertow capitalized on the feel-good vibe that permeated the venue by playing its special brand of power folk-rock, interspersed with melancholic chords and an old-school sound that was impossible not to be charmed by. A rousing version of Fleetwood Mac’s “Dreams” swallowed the audience whole; we were ready for KoC but, as one delighted crowd member called out, Seth Petterson and the Undertow “nailed it.” 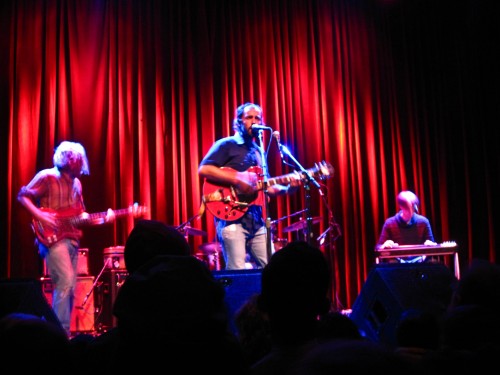 Seth Peterson and the Undertow. Photo by Korrena Bailie.

Kings of Convenience operates using a very stripped down set–Erlend Øye and Eirik Glambek Bøe have remarkable stage presence and it’s barely even a show–it’s two friends playing for each other, and you feel as if you’re fortunate to be a part of it. The boys, armed with their guitars, walked slowly toward each other during multiple songs, smiling and looking into each other’s eyes like lovers. It’s a delightful reflection of the theme of their last album, Declaration of Dependence, where they sang beautiful almost-love songs about the beauty of their musical partnership. If dependence always yields such loveliness, then sign me up. 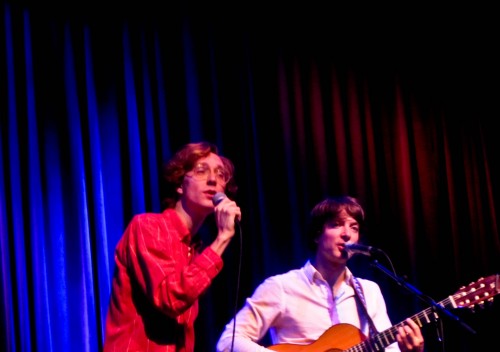 Of course, the Kings of Convenience is also famed for its cheery, sardonic audience interactions. They apologized for their English inaccuracies; Bøe caused a gasp when he said “But it’s okay–sure half the audience here is Asian, they don’t know any more than we do!” Øye, resplendent in a SF-appropriate red-checked shirt, ambled happily around stage, generating singalongs and, during the play of their new song, did a spot-on imitation of a trumpet. Most of the favorites were played, including a jazzed out version of “Misread.” Drawing from their first album, Quiet is the New Loud, Øye mischievously hushed the audience for “Singing Softly To Me” before knocking out a jazzy coda on the piano. 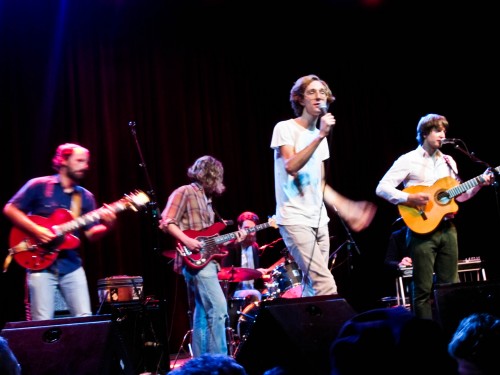 It’s been a long time since I went to a concert where the whole audience was smiling until their jaws ached–the intimacy, charm, humor and undeniable musical craftmanship that the Kings of Convenience brought to The Fillmore was enough to make the crowd forgive them for six years of absence. With the advent of new material, hopefully we won’t have to wait that long to see them again.

Are you a fan of Kings of Convenience? Find out when the band will be in your town by tracking it on eventseekr.com. Let us know what you think! Follow us on Twitter and like us on Facebook to give us a shout. You can also stay on top of exciting events from around the world by downloading the eventseeker app for iPhone, Android or Windows.

Fillmore Kings of Convenience Seth Petterson and the Undertow