This week, Yelle returns to San Francisco. The Mezzanine will play host to the electronic dance band from France this Saturday night, November 12th. Band members Tepr, GrandMarnier and Yelle herself were last here in San Francisco back in May of this year at the Grand Regency Ballroom just after playing at the Coachella Valley Music and Arts Festival in Indio, CA in April.

I had the good fortune to see Yelle not only at Coachella this year, but on Halloween night three years ago, also at Mezzanine, when the group was on tour promoting its first album, Pop-Up. My friends and I discovered Yelle despite not knowing a lick of French. As with most fellow fans of Yelle, having a less than working knowledge of the French language is certainly not a hindrance. What makes Yelle so appealing is the band’s character and energy, which shine beyond any language barrier. With the release of the band’s follow-up album, Safari Disco Club, all members of the band are a little older and a little wiser, but still always in the mood to have some fun and make you want to dance.

Earlier this week, I had the opportunity, through Skype, to catch up with Yelle herself, Julie Budet, after the band wrapped production work on a new music video. Naturally, some topics discussed included her (as well as the band’s) passion for music, the band’s style and aesthetic, Halloween and even a little bit about making a fan out of Katy Perry and getting a chance to open up a few shows for her in the UK this year.

How would you describe your sound and the type of music?

We are inspired by pop music. We (the band) grew up with different cultures. I grew up with a lot of pop radio. Tepr was listening to a lot of rock bands and hip-hop bands. Jean was into hardcore. So we have really different music cultures, but we are close with pop-music. We are composing on computers, and we like the electronic sound, and the fact that we want to make people dance is really important, too. I think pop-electronic is the best way to describe our music.

Your sense of style and fashion on stage is very purposeful. Who or where do you get your inspiration for your fashion and motifs on stage?

When you are a child, you like to be dressed for Halloween, and for us, that’s every night on stage.

Did you dress up for Halloween this year?

No, not really. In France, we do not celebrate Halloween. It’s just for little kids. It’s a really young tradition in France. When I was a little girl, we were not doing Halloween. So it was a really great experience to be in San Francisco three years ago to see how big Halloween is in U.S. People like to enjoy it.

Whether your songs are more playful or something more serious, you wear your emotions on your sleeves. What would you say is your most personal song or the most difficult song to create?

I think maybe “Mon Pays.” It means “My Country.” It represents the whole band. Not just me. The three of us were in the same situation at one moment of our lives or another. We really wanted to find another place to live, because we have the chance to travel a lot. We’ve covered lots of different countries, and sometimes it’s really frustrating to not have the time to visit and not enjoy the culture always. In the song, we expressed the fact that we love our country. We love France, and we love to live in France, but sometimes we love to live in another place and to have a different life with different people, and change something in your life. It’s probably the most representative song of the three people of the band. 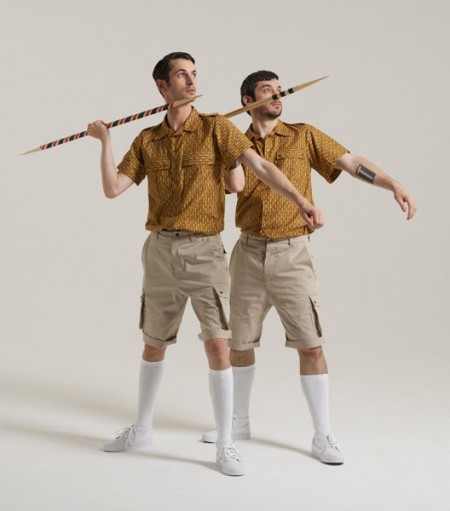 In France, how would you compare the reactions you get at home as opposed to America and the rest of the world? You don’t sing in English, but your popularity is rising here despite that.

It’s really different the reactions of people here in U.S. from France. In France people are maybe more focused during the show because they understand the lyrics, so they try to focus on it, and maybe more shy than people in U.S. For example, people just want to relax and have fun and party, and just dance during the show. But when people in France get into it, they give a lot, but they need more time.

Did you always know you wanted to be a performer?

My father is a musician. So I grew up in a house full of music, and I was singing when I was a little girl. I remember when I was 3 or 4 years old that I wanted to be a singer. But it took me a long time to admit it, and meet the good people to work with. I realized how important it is for me

What would you like to consider doing if you weren’t producing music?

I think I would like to act and play characters in movies more in the future.

Yelle mentions that she actually made her screen debut last year as the female lead in a short film titled Une Pute et un Poussin (translated ‘a whore and a chick’) by French director Clément Michel. The film landed a nomination for best short film at the French Academy Awards, les Cesars in 2011.

I’m a big fan of Crookers as well, and thought your collaboration with them for “Cooler Couleur” was great. How did that collaboration come about?

They contacted us through MySpace about doing a remix of a song of theirs, but we never got back to them in time. But we all really wanted to work together. We exchanged e-mails, and worked separately in our own studios with them; with us in France and they were in Italy. They are really hard working producers.

Yelle expressed that everything was a true “2.0” collab.

You’ve opened up for Katy Perry. What was that experience like?

It was great. We got to play in as front as many as 10,000 people. She contacted us because she loved our work. She’s very involved in her music, and it was very nice of her to support us through Twitter and other places. 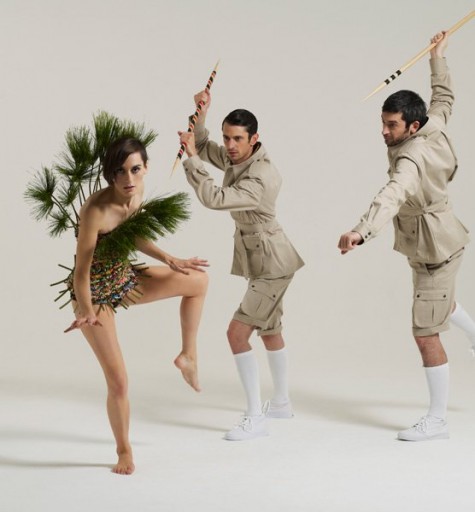 You come back to San Francisco this week. Do you have any favorite places to go see and visit when you come here?

No we haven’t. We usually don’t have enough time to see anything. You’d have to tell me what to see.

You start this tour in California, and then head to Mexico, then South America, and then the U.S. East Coast. What are you most looking forward to on this tour?

We’ve been touring all over, so I’m just hoping people haven’t gotten tired of us. I can’t wait for South America, because we’ve gotten so much letters from fans asking us to come back. It’s been a long time since we last went.

In fact, Yelle was last in South America in 2008 for the first time, doing an extensive run of shows in pretty much all of Latin America.

Originally, the band’s tour was set to begin in Los Angeles at the Wiltern tonight, but due to complications with visas, the band will instead play the Wiltern on Monday, November 14th. That makes this Saturday night’s show at Mezzanine in San Francisco the big tour-kickoff. After Monday, Yelle heads off to Mexico for a few dates, and will thereafter head to South America for a few more shows before coming back to the U.S. for some East Coast dates. The band will end the whole shebang in Paris.