By BRIAN THOMAS
Purple Rain has been one of my favorite cult movies for quite some time mostly because I love Prince, but also because I saw it with my wife on one of our first dates. So naturally when I saw that Morris Day and The Time were coming to play the San Francisco Funk Fest at the Mezzanine, I jumped at the opportunity to attend. And let me tell you, Morris is still cool. 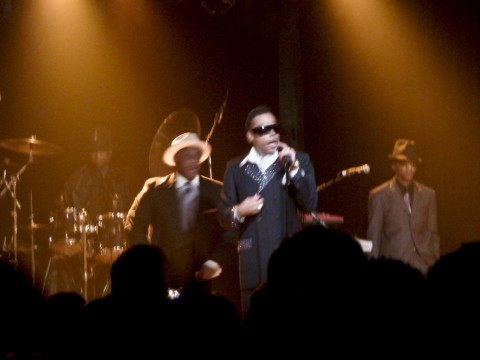 My wife and I arrived right around 11pm, and Morris and the band came to the stage in full suits right at 11:11pm. This was the first time in quite a while that I made it to a show at the perfect time. Completely in character, Morris hit the stage with a mirror in tow and immediately started checking himself out and combing through his hair. The band then went on an hour-long soul-funk journey, barely taking a single break. In fact, the only break I recall consisted of Morris taking out a handkerchief to wipe his forehead while telling the audience, “Morris isn’t sweating, he is condensating. Morris is still cool.” He couldn’t have been more correct. 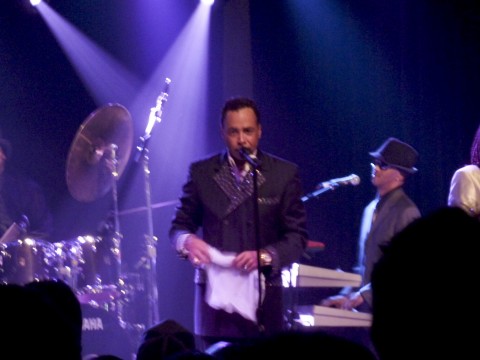 Morris and the band were playing with such high energy, hitting choreographed dance moves right on cue–it was an incredible performance. I loved it when Morris, Terry Lewis, and the guitar player would spin around and slide in perfect unison. It totally reminded me of the energy that The Time had in the movie. They played most of their hits, including “Jungle Love” and “Ice Cream Castles,” one of my favorites. 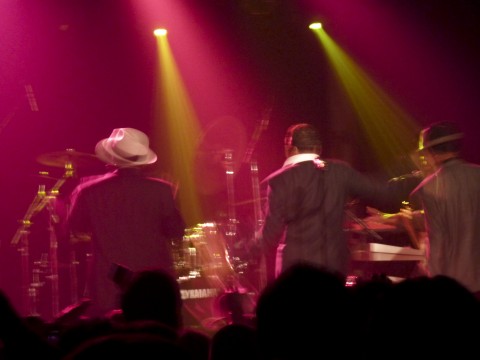 When I wasn’t dancing the night away with my wife, I was trying to take some pictures of a constantly moving Morris. The energy of the crowd was pretty good, though for SF Funk Fest I had hoped that everybody would be getting down. However, the majority of the crowd seemed to be trapped in stare mode; perhaps they were just mesmerized by the coolness of Morris. At one point, Morris called a bunch of ladies to the stage for a dance party. It seemed to be getting really crowded and almost looked like a safety hazard. Luckily, nothing bad happened and the ladies danced for a few songs before departing. After a quick set break, the band came back to the stage for a few more songs and finished close to 1am. I’m delighted to have had the chance to see them perform and being able to attend any funk show is always a plus for me.

Nowadays, Morris and the original members of the Time have a new group called The Original 7ven. Prince owns the rights to the name “Morris Day and the Time,” so the band came up with a new one. With all original 7 members reunited for the new album, Condensate, The Original 7ven just makes sense.

More of Brian T.’s photos from The Original 7ven at Mezzanine