By ADAM SAWYER
I had been looking forward to last Wednesday night for a few weeks. I had heard all the ‘hoopla’ and now it was my turn to be counted among the millions of wowed viewers. As I walked down 2nd Street to the Grand Chapiteau just south of AT&T Park in San Francisco and readied myself for a night of Totem, I realized that I was hopelessly excited to check out the company’s 31st show. I mean, Cirque du Soleil is a household name with an extraordinary track record of amazing its audiences. In fact, the Montreal-based spectacular celebrated its 27th year of enchantment this past June. And this was my first Cirque ever. 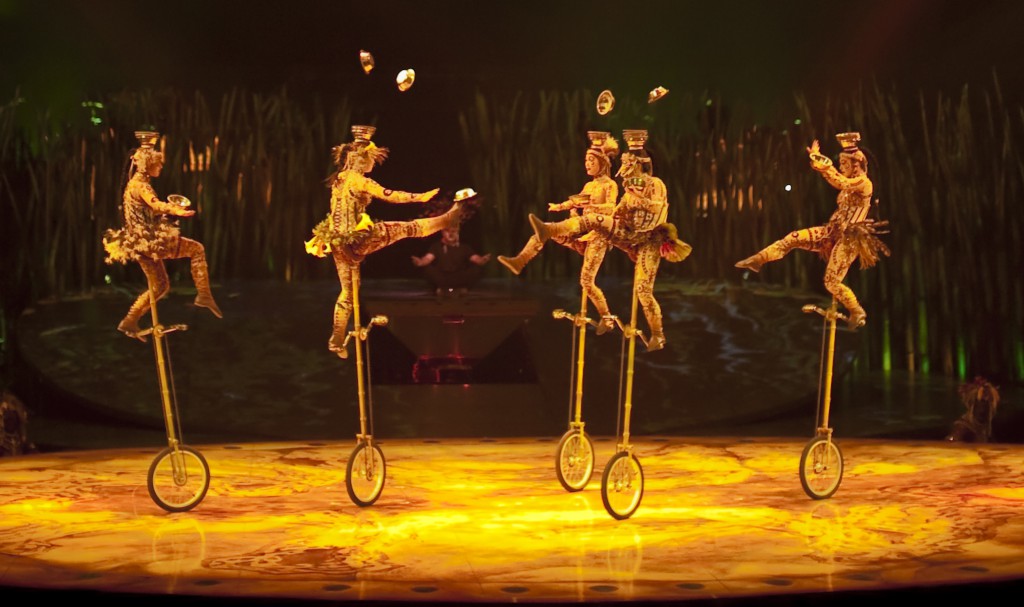 Okay. It is nutty. Do you all know the kinds of things those performers do? And why did no one tell me? I mean, you always hear people say “it was great,” but I hear the same thing about that new taco truck around the corner. So what. Not once have I heard a wholly honest “It changed my life.” Ok, that may have something to do with the fact that my friends aren’t at all like my Jersey aunts. Let’s put it this way: Totem has it all. Talent for days. Flying acrobatics. Toss in an abundant dosage of flair and enough precision timing to make a Swiss clockmaker blush and voilà! C’est magique! The show is based on the adventure and evolution of mankind, from its primal reptilian form to a being that dreams, builds and desires flight. The creators focused on founding myths from around the world, mixing and mashing liberally. A ‘totem’ is traditionally a natural object or an animal that represents a family or group. So these stories and myths are the emblems of societies and peoples worldwide, while the grouping of these tales into the show as a whole is a representation of human life. It would be a shame not to point out as well that totem poles are primarily structures present in the cultures of indigenous peoples in the Pacific Northwest, especially modern Canada. A coincidence that Cirque du Soleil is Canadian? Nah. 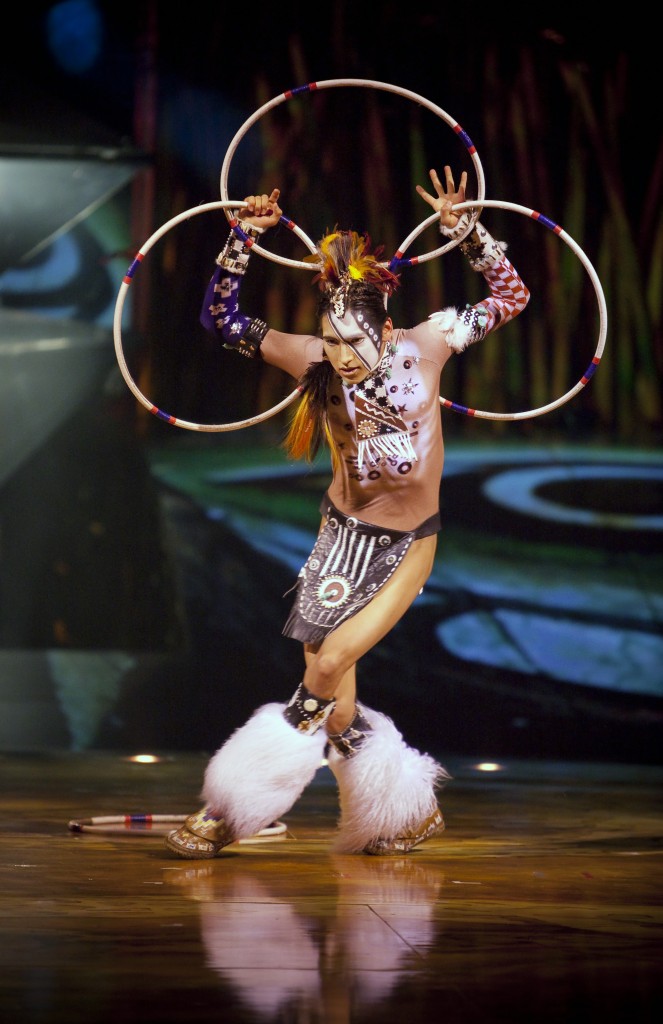 One of the undisputed stars of the show and one of my two favorite acts was the Native American hoop dancer. The things he did with five hula hoops and enough space to park a couple of tractor trailers was astounding. He was magic by nature and beautiful in movement. The Crystal Man, an ambiguous character who descended from space to offer the gift of life and advancement, dazzled the audience with smooth air acrobatics. The Scientist, a character who seemed to be studying the various worlds visited as the spectacle progressed, put the audience in a trance with an act that’s hard to explain in words, as he “juggles” glowing balls by rolling them around inside of an oversized funnel. It was pretty darn cool. 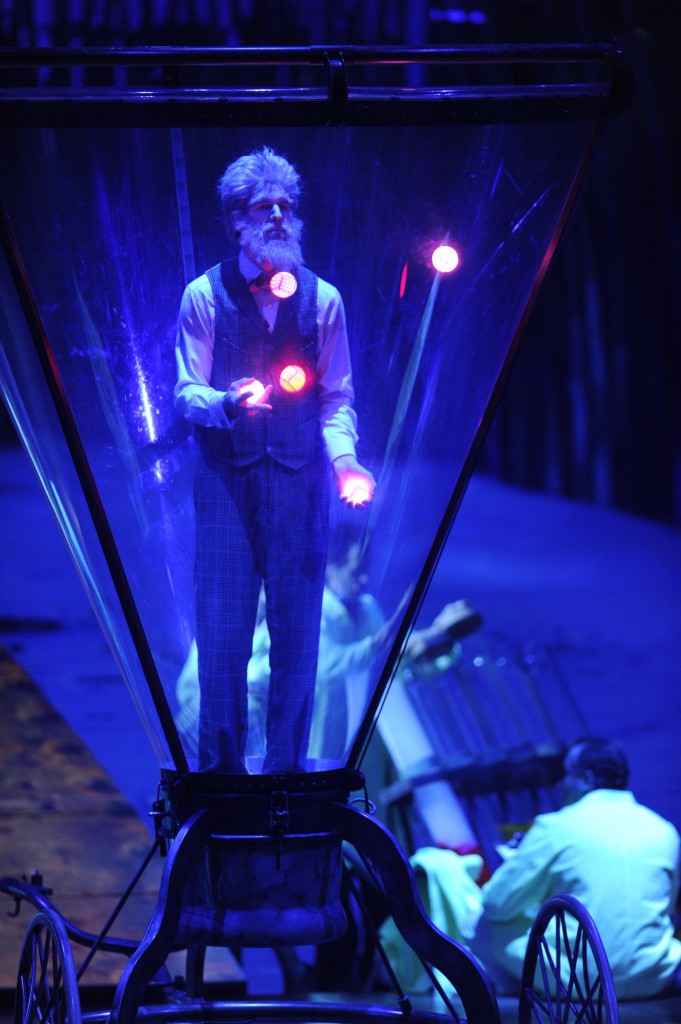 My other favorite performance of the evening went to the five unicyclists with metal bowls stacked on their heads. While keeping their cycles going with one foot, the fantastic quintet threw around the bowls with the other foot, catching them on their heads, juggling with each other and even tossing the containers over their own heads to land perfectly on the performer’s cranium directly behind them. I was left speechless by the grace and balance. My one complaint overall would be that the second act didn’t seem to knock me out of my seat quite as much, but that’s only because it was slightly less incredible than the first. But really, it’s like saying Michelangelo’s and Botticelli’s other works just don’t impress me as much as the Sistine Chapel. I believe the Statue of David is still considered a masterpiece, no? Yes, I loved Cirque du Soleil’s Totem. As one viewer was heard saying: it’s cray cray.