Taste & Tribute 2011, which took place in the Four Seasons Hotel San Francisco on November 18, was exceptional. The night opened with a silent auction, during which wine and hors d’oeuvres were served. Among the items on auction, there were paintings, tapestries, pashmina shawls, vases and tickets for luxurious trips. Some people lingered around the meat and cheese plates,while others kept a cautious eye on the items they’d bid on, daring anyone else to write a number down. In this jovial atmosphere, attendees chatted and admired the items on display. 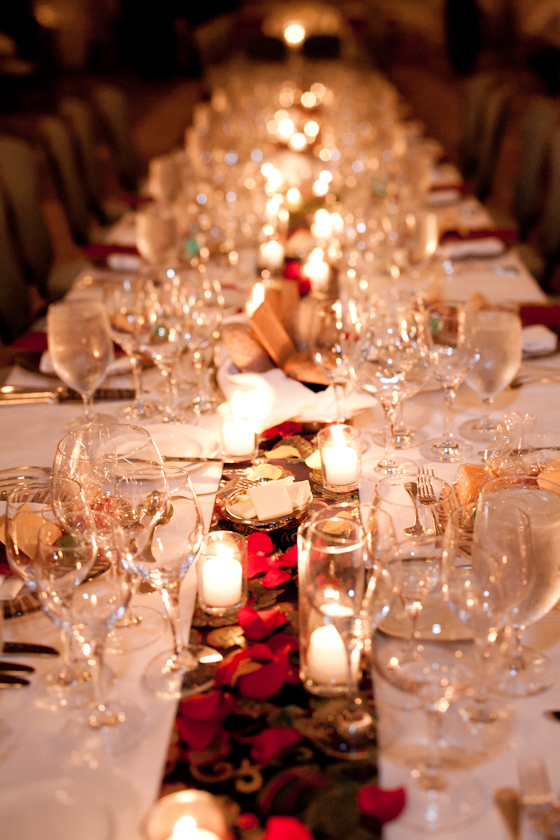 When the double doors to the dining room opened, guests were ushered into a dimly lit room full of glittering lights and 11 beautifully set dining tables. The master chefs who would be preparing the evening’s meal were spread around the periphery of the room at their stations, busily preparing plates for the first course. Once everyone was seated, the charismatic Liam Mayclem took the diners through the opening ceremony. Speakers Pema Gellek and Judy Rasmussen thanked the crowd for their support, and spoke about the Tibetan Aid Project’s continued dedication to ensuring the longevity of Tibetan traditions. After the four-course meal prepared table-side, the night closed out with a live auction with auctioneer Greg Quiroga. However, even amongst all of the glittering silverware, heady wine and extraordinary food, I never once forgot that the people who had gathered for this event had done so for the sake of Tibet. Even with all of that splendor around me, being in that room full of good will was perhaps the most pleasant aspect of the night.

As with the yea

rs before, Chef Laurent Manrique had brought together a star-studded roster of chefs and sommeliers to create a wonderful dining experience. I sat at table four, which was manned by Chef David Bazirgan of Fifth Floor and Chef Morgan Mueller of Jardiniere. The four-course menu contained Crudo of Local Halibut with Meyer Lemon & Chioggia Beets (Chef Morgan Mueller), Brillat-Savarin Cheese Ravioli with Chanterelles, Burnet Herbs & Brown Butter (Chef David Bazirgan), Liberty Farms Duck with Savoy Cabbage, Chestnuts & Parsnips (Chef Morgan Mueller) and Quince Tarte Tatin with Almond Ice Cream (Chef David Bazirgan). I like to think that the two chefs were going in a head-to-head Iron Chef type battle, since their courses alternated, but obviously this was not the case. The meal flowed smoothly from a slightly acidic, fresh plate to something buttery and earthy yet still very light. After the duck, the sweet almond ice cream and tart Quince Tarte Tatin ended the meal on a happy note. (If I did have to choose a winner, though, I think I would go with Chef David Bazirgan. Sweets win me over every time.) 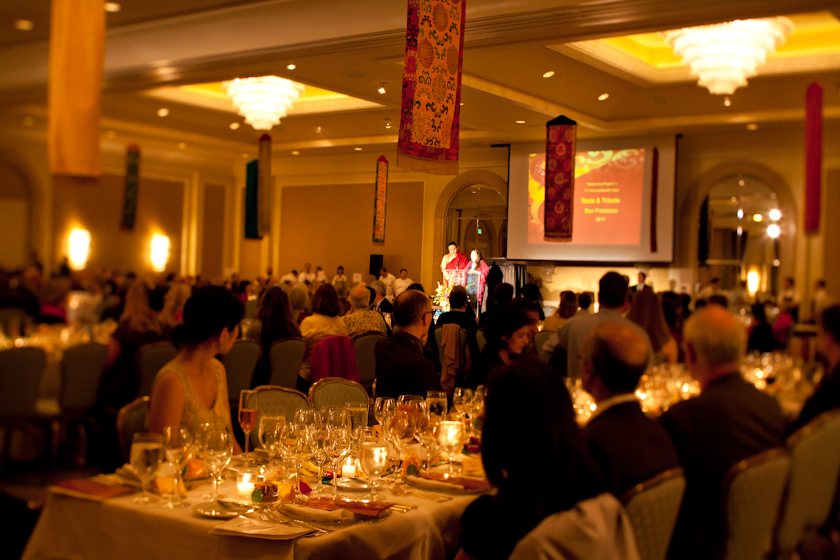 As delicious as the food was (and it was very much so), the people gathered at this event were truly what made the night shine. At my table, I was fortunate enough to be sitting with professors and scholars who study Buddhism, so our dinner was peppered with conversation that ranged from topics regarding aesthetics and university culture to the social display that’s inherent to benefit events. Reporting back as someone who is unable to be as charitable as some of those who attended and bid on the auctioned items, I feel as if I got a glimpse behind one of society’s golden doors. Instead of experiencing the “see and be seen” stigma others of these types of events might have, I will be completely honest and say that this experience was orchestrated so perfectly and with such good intentions that it promoted an overall sense of happiness for all involved. After this, its 11th year, I can only imagine that the event will continue to thrive.