Dubstep’s embryonic stages started in basement clubs in the United Kingdom about halfway through the 2000s. With characteristics consisting of varying amounts of bass, and varying amount of drum-beats (not anywhere near as intense as most dubstep is now), the music popularized therein had a very alien and robot sound. Dubstep has since morphed into a popular and monstrous genre all its own here in North America. In fact, 2011 has been a big year for dubstep. It has hit the mainstream in the States, and it is still evolving. 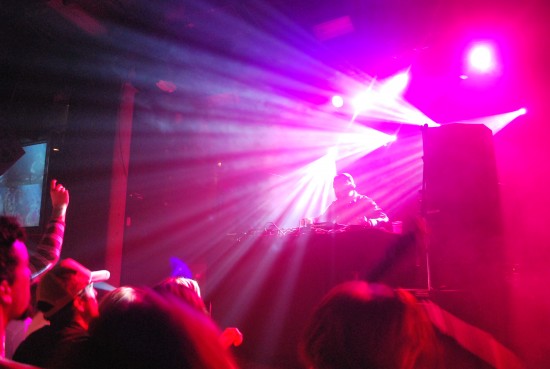 The majority of my first day at Coachella in April of this year was spent seeing a number of DJ-acts spinning dubstep. Since early 2010, I had an ever building excitement for the growing genre, but it took a big hit that day as I experienced dubstep sensory overload. As of now, whether we all like it or not, Skrillex is the most recognizable figure in dubstep. But his glaring inability to smoothly transition from one song to another during his Coachella set just left a really terrible, terrible taste in my mouth. Some friends of mine, who saw Skrillex in the Sahara Tent with me that day, had also attended Electric Daisy Carnival in Las Vegas back in June. When they came back from the Nevada desert, they all said that Skrillex showed a marked improvement over what happened at Coachella. But to me, the damage was already done. 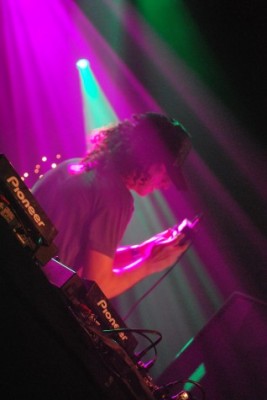 With the exception of seeing only a few great minutes of Feed Me’s set at Lollapalooza in August, I haven’t really listened to too much dubstep, let alone experienced dubstep live since this spring–which brings me to my present topic.

I was looking forward to seeing Caspa at Mezzanine earlier this week. If there was one DJ that could get me back into the scene, it would definitely be one of the genre’s best known pioneers. The night started out just right with local DJ An-Ten-Nea already behind the decks on stage when my friends and I arrived. He melted the crowd’s faces with very grinding and unrelenting beats. I smiled with glee when he threw on Childish Gambino’s “Bonfire.”

From West London, the cornerstone of Caspa’s special brand of dubstep is a synthesis of jungle and hip-hop. This was definitely on display when Caspa dropped a few hip-hop tracks here and there, which included a looped vocal-sample, “Let me show you how the west-coast rocks,” from Ice Cube’s “West Up!”

Caspa’s catalogue is pretty vast, and at different points he also threw on Rusko’s “Jahova,” both his remix of Swedish House Mafia’s “ONE,” and Deadmau5 & Kaskade’s “I Remember…” as well as Skream’s remix of La Roux’s “In For the Kill.” The latter featured a slight re-edit to the Skream remix. However, I’m still not sure if it was Caspa’s own rework of the track that I didn’t already know about, High Contrast’s booming jungle, drum and bass re-edit, or someone else’s re-edit entirely. It was a nice surprise to see Caspa take an already great remix, and turn it on its ear. In any case, being a big fan of Skream, it was arguably the highlight of my night. What may rival it was when Caspa threw on “Bust ‘Em Up” by Crookers and Savage Skulls.

“This isn’t dubstep,” Caspa asserted on the mic, referring to the track. “But I don’t give a fuck! It’s a big tune.” To which, I whole-heartedly agree. 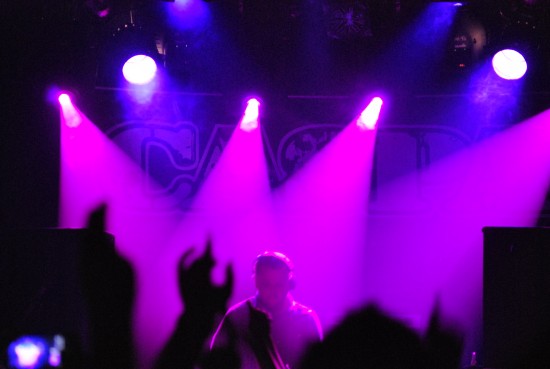 If nothing else, Caspa was pretty varied with the song selections he gave the crowd, and dropped a generous amount of the bigger tracks that he is known for, which included finishing his set with his remix of Rusko’s “Cockney Thug.”

But as good as it was to hear and see him drop all of these great tracks, his transitions and mixing in between these songs, some with very different tempos, were pretty rough. Rough in the sense that as a song would build toward some hard, punishing beats, he would sometimes wipe away the momentum by not just introducing another song, but by introducing it from the beginning of that new song. This made it difficult to get into the set and into any kind of flow for the show. Caspa’s transitions weren’t quite non-existent like the majority of Skrillex’s Coachella set was, but again, it just felt rough. To that end, I wasn’t blown away as I was expecting, but more so a little underwhelmed. I’ve always preferred Caspa over Skrillex, and am more inclined to give the former another shot over the latter. Until then, I’m putting dubstep back into limbo. 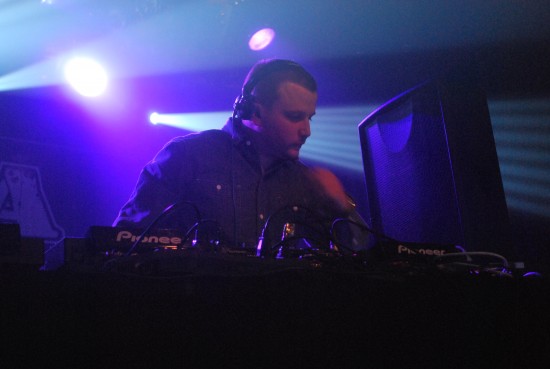 Let us know your thoughts! Keep a tab on these artists by tracking them on eventseekr.com. Follow us on Twitter and like us on Facebook to give us a shout. You can also stay on top of exciting events from around the world by downloading the eventseeker app for iPhone, Android or Windows.