Like Coachella for music fans, or Sundance for filmgoers, Bay Area comedy enthusiasts have the SF Sketchfest to look forward to every year. In addition to the eclectic lineup of stand-up acts, tribute shows, live podcast tapings and inspired one-off collaborations, the festival is usually good for a reunion or two, which came this year in the form of David Wain, Michael Showalter and Michael Ian Black’s comedy troupe, Stella.

All alumni of The State, MTV’s influential 1990s sketch comedy show, Wain, Showalter and Black formed Stella in 1997. The group’s mix of absurdist humor, traditional stand-up and its members’ own quirky chemistry eventually led to the creation of a short-lived Comedy Central sitcom of the same name. Sunday night’s star-studded show at Mezzanine, however, fell more in line with the troupe’s New York City nightclub roots. 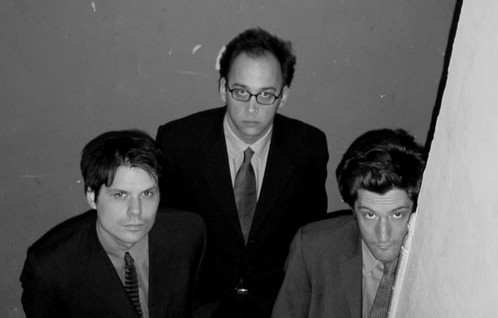 The first half of the evening was devoted to spotlighting a handful of smaller or up-and-coming comics, including Ron Funches, Jessi Klein, Will Franken and Brent Weinback. Funches, who has appeared on Conan, had the most solid set front-to-back and charmed the audience with his slow, drawn-out delivery and Mitch Hedberg-style punch lines. Franken delivered a high risk/high reward set, seamlessly transitioning between a series of bizarre but mostly hilarious impressions that left you wondering what his real personality is. In between comics, Wain, Showalter and Black would come on stage, all dressed in their matching suits, and riff with one another in what seemed to be loosely scripted and highly-improvised fashion. One memorable bit involved an argument over the “ultimate party jam.” Each had the sound guy cue up their song of choice, with Showalter picking Kool & The Gang’s “Celebration” and Black going with “Who Let the Dogs Out?” by The Baha Men (or, The Baha Boys, as he called them). The real laugh came with watching Wain thrash excitedly around the stage to his party pick—Eric Clapton’s “Tears in Heaven.”

After the first half of the show came to a close, Release the Sunbird, the new project from Zach Rogue (Rogue Wave), played a handful of songs. Though a good portion of the crowd seemed to talk over the band’s light and breezy indie folk, the set nevertheless bridged the evening’s two acts well, and beat the hell out of the venue just throwing a playlist on for the break’s 15 or so minutes.

The second half of the evening took the show from good to great in a hurry. The appreciative crowd (who’d braved the Sunday night rain and shaken off the depressing 49ers defeat just an hour prior to showtime) was treated to a string of great guests that really embodied the spontaneous nature of Sketchfest.

Actor Paul Rudd, still in town from the prior evening’s sold-out Wet Hot American Summer reunion, was met with a huge round of surprised applause as he was called to the stage. Clearly friends with the Stella guys in real life, the four bounced off of one another with a series of ridiculous jokes about Rudd having “lobster hands” and the story of a missing watch that he realized had been hidden up his ass all along. It was refreshing to see that Rudd seems to be just as funny, down-to-earth and capable of self-deprecation in person as he is in his movies.

Self-referential, bizarre and absolutely hilarious, Goldthwait, who is now an underrated film director, delivered a set that played on the “guy from the Police Academy movies with the weird voice” persona that he’s known to many as. Taking the stage and yelling into the mic in his 1980s raspy voice shtick, Goldthwait was interrupted by Wain, Showalter and Black, who wanted to offer him some constructive criticism. “We all know Bobcat Goldthwait,” they said. “We want to get to know Robert Goldthwait.” What followed was a dark and flawlessly executed bit that saw Goldthwait pretending to break down and showcase his true personality, free of his trademark act. The set wrapped up an excellent night of comedy that again reaffirmed the passionate and collaborative spirit that defines SF Sketchfest.