This weekend at Davies Hall, the celebrated violinist, violist and conductor Pinchas Zukerman will be sitting in for Michael Tilson Thomas to lead the San Francisco Symphony in an evening of works by Wolfgang Amadeus Mozart and the great 20th Century German composer, violist and pedagogue, Paul Hindemith. 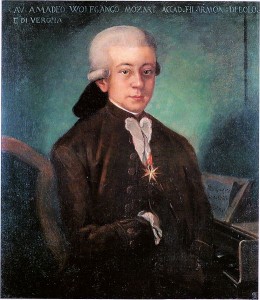 Beginning with Mozart’s Adagio in E Major for Violin and Orchestra (K. 261), Zukerman presents the audience with an example of the composer’s early struggles with scoring a slow piece for a violin soloist. Originally conceived as a replacement for the slow movement to his Violin Concerto No. 5, Mozart’s motivation to compose the Adagio in E came as a result of criticism he received from his colleague, the Italian violinist Antonio Brunetti, who felt that the concerto’s original slow movement was “too artificial.” The changes made to the adagio are not radical, but do much to affect the tone color of the solo violin line, as well as the woodwind accompaniment–where Mozart chose to replace the original oboe parts with two flutes, which gives a lighter, more airy feeling to the music.

Following a soothing performance of Mozart’s Adagio, Zukerman will lead the SFS in a performance of another single movement work for violin and orchestra written by Mozart several years after the Adagio: the Rondo in C Major (K. 373). The Rondo is also the last officially numbered work scored by Mozart for violin and orchestra and reflects many of the more advanced compositional techniques utilized during the composer’s middle period. Like the Adagio, Mozart’s Rondo was meant to be a concerto movement for use by Brunetti. Interestingly enough, connoisseurs of tango music can hear the famous harmonic progression utilized by Carlos Gardel in his almost universally revered song “Por Una Cabeza” towards the end of Mozart’s Rondo. 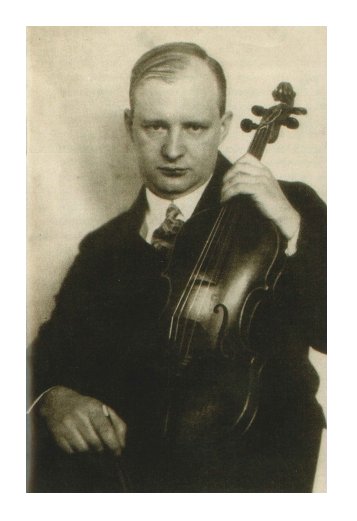 Approaching the middle of the evening’s program, Zukerman and the SFS will perform a work written nearly 150 years after Mozart’s death: Paul Hindemith’s Trauermusik (or Funeral Music) for Viola and Orchestra. Hindemith, in addition to being a master violist, is considered by many to be a leading figure among German composers of the early to mid 20th Century. Much of his work is inspired by the Baroque and Classical forms employed by his musical predecessors J. S. Bach, and of course, W. A. Mozart. Like Mozart, who wrote many of his pieces on commission for soloists and special events, Hindemith’s Trauermusik was written on commission the day after the death of King George V while he was in London for an unrelated performance. Despite only being written over the course of several hours (and premiered that same evening), Trauermusik stands as one of the more intellectually and emotionally complex works Hindemith ever wrote for viola and orchestra, and was almost immediately inducted into the violist’s standard repertoire.

Following Hindemith’s funereal suite, the program returns to the much more lively and optimistic music of Mozart with a complete performance of his Violin Concerto No. 3 in C Major (K. 216). Written when the composer was only 19 years old, the Violin Concerto in C is considered to show tremendous growth in the young composer’s compositional skill and maturity. It is perhaps best known for its strangely experimental third movement, a Rondeau (Rondo), which inspired listeners to dub the concerto with the nickname “Straßburg” (Strasbourg) after the city the movement’s main theme was believed to represent. Mozart’s wit and early mastery of musical contrast and form are apparent here, and the Rondeau goes through many fascinating transitions, including a particularly beautiful Hungarian folk melody played by the violin and accompanied by pizzicato strings in the orchestra.

The program concludes with a work by Mozart written purely for symphony orchestra, and stands as one of his greatest compositions: the famous Symphony No. 40 in g minor. As one of only two symphonies written by Mozart in a minor key (incidentally, the other is also written in g minor), Mozart’s 40th Symphony showcases some of Mozart’s most tragic and emotionally captivating writing for orchestra, second only to his great unfinished Requiem in d minor. Immediately recognizable by even those of us with only a fleeting familiarity with classical music, the opening theme of the symphony (notated below) is one of Mozart’s most mysterious utterances, and was particularly beloved, along with the rest of the symphony, by many of the German Romantics such as Beethoven, Brahms and Schumann.

Many have proclaimed Pinchas Zukerman as one of the best performers of Mozart to come to prominence in the last several decades, and this weekend at the San Francisco Symphony should be a testament to the great musician’s skill and affinity with the late 18th Century composer. Showcasing two works written specifically for one of Mozart’s closest colleagues in Salzburg, Zukerman’s goal could very well be to fill Brunetti’s shoes and perform Mozart’s works for violin in a way that would make the composer proud. Paul Hindemith’s Trauermusik works very well as a pivot point for the program–showcasing a 20th Century work that both compares to the work of Mozart as fruitfully as it contrasts. The two concluding works–the Violin Concerto in C and the Symphony No. 40–prove to the audience that Zukerman is also a master of Mozart’s large form works. Thus, in an age where interest in Mozart’s work is on the decline, lovers of the composer’s music should make it a point not to miss Pinchas Zukerman’s performance this weekend.