On Thursday, February 2nd, the 552 party revelers who RSVP’d for the Noise Pop Pop-Up Shop Opening Party showed up at the Bold Italic‘s headquarters. Naturally, this little get-down served as a celebration to kick off the 20th anniversary of the annual Noise-Pop music festival, which officially runs from February 21st through 26th.

From the outside looking in, the Bold Italic’s headquarters doesn’t seem like much more than a high-ceilinged space. But beyond this first room, where a DJ-set by Britt Govea and live performances by The Soft White Sixties and Tim Cohen’s Magic Trick would take place, I was surprised to find an amazing maze of rooms where you could get a few choice eats from Blowfish Sushi or a chicken and waffles sandwich from Soul Groove. The sandwich, by the way, tastes as amazing as it sounds. It’s capable of melting all of your worries away. In another back room, the Red Letter Day also hosted a make-your-own-valentine station. But before actually getting to explore the Bold Italic’s headquarters, I spoke a little about the festival with Dawson Ludwig, Noise Pop’s Marketing Director for the last three years and counting.

We felt each other out before I got the recorder going. Ludwig told me he is originally from Palm Desert, CA, and has frequented the Coachella Valley Music & Arts Festival almost every year since its inception. Given the fact that he had grown up in the area, that his dad is a polo instructor, and his mother helped run the school right on the Empire Polo Grounds that the festival would eventually call home, the “Coachella Festival” (as locals have come to call it) essentially formed in his own backyard.

“It’s been fascinating to watch it grow into the behemoth that it is today,” he said. “I can’t say that Coachella has had a direct impact on my decision to enter the music industry, but I’m sure it’s had a subconscious effect.”

Check the rest of the Q & A after the jump. 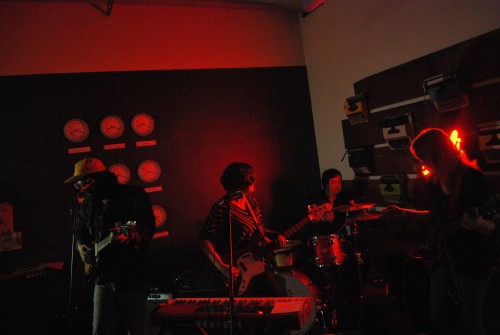 How far in advance do you start thinking and planning for Noise Pop every year?

We’re always thinking about bands year-round. We’re always paying attention to what local bands are creating some buzz, and I would say by the end of October, right after Treasure Island, to get things in motion. This year, however, with our 20th anniversary, we were having meetings about Noise Pop in August deciding artwork. We had Shepard Fairey. It takes a little bit more time to coordinate just because the level of artistry.

We were starting to have meetings in August, discussing bands by September, and in full gear by the end of October, which is a good two to three months ahead of schedule.

How’s it feel finally getting to and being at the opening night party?

It feels great. It’s a little nerve wracking, because you want it to go as smooth as possible. There’s always a lot of moving parts, but the reception has been amazing. Because it’s our 20th anniversary and Noise Pop is such an institution by now that there’s definitely a level of expectation that we put on ourselves, but what the community expects because 20 years is a long time. We revel in it really.

What aspect of this year’s festival are you most excited about? Is there a singular thing?

I would say Culture Club. As a part of Noise Pop, I’d say for five years we were working on an industry conference called “Industry Noise.” However, we decided we wanted to do something a little more interactive. So we started programming an amazing event; there’s nothing like it. Artists come in and they’re able to sit down with the audience, and talk about something other than music. They can talk about music, but really it’s a forum to talk and express themselves. For instance, Grimes, who is performing, is also a visual artist, and we’re going to have her art hanging up. I’m excited to see that. We also have Teebs, a beat producer out of LA, who works with Flying Lotus, and is going to be doing a workshop. There’s really some amazing things, and a great chance for us, and everybody really, and me especially, to get to geek out and be a music nerd to the full extent.

What about a band that immediately grabs your attention, and makes you think, “alright, we have to have them!

Well, I don’t do the booking, but it is a communal effort in deciding what bands play. But Jordan, who owns Zeitgeist and Dan Strachota from the Rickshaw Stop, they book all of the talent.

For me, what really draws me is that it’s gotta be something that’s really fresh, and hasn’t been done before. But if it has been done before, they’re coming up with a new angle, or they’re just doing it really fucking well. Best Coast who is obviously huge, was great for us. We had her (Bethany Cosentino) play two years ago, and she was just a small band, and immediately we knew this girl is a star. She’s doing something so simple, and it’s been done before, but doing it well (“it” meaning the classic girl group/ surf sound) and something that’s just a fresh angle. 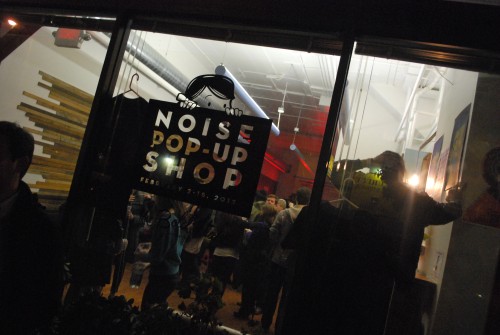 When I asked Ludwig about any other particular bands that he was glad to have had as part of the festival, he replied with Four Tet, who had played the festival back in 2010, and cited it as “probably one of the greatest shows I’ve ever seen, period.”

Another musical act he mentioned was Yoko Ono and the Plastic Ono Band’s performance at the Fox Theater also in 2010, which included her son Sean Lennon. “Not only was it just a beautiful performance musically, but there was a huge visual element to it, and the crowd was so enraptured by what she does that the energy there was pretty fantastic.”

Ludwig then shines on about the festival’s rich history of discovering acts early in their careers, noting that the festival was the first to give Bright Eyes a spot on their first headlining tour. They had the Flaming Lips at Bimbo’s 365 Club when the band was still doing their beat-box experiment in the late ‘90s. Of course, he also mentions having the White Stripes in 2001.

“Unfortunately, I wasn’t around at that time. I could only see it in press clippings and pictures hanging on our office wall.”

What would you say sets Noise Pop apart from other festivals?

I think one of the things that makes Noise Pop so special, especially when compared to CMJ and SXSW, which are really the two festivals that are the most similar to Noise Pop, simply because you buy a badge, and go from venue to venue, is that Noise Pop has really stayed true to its independent roots. The entire goal of Noise Pop when it first started out was to showcase local talent, and as we’ve grown, we still have maintained that ideology. However, as our name grows, we’re able to attract large headliners, and therefore give a larger stage to the local talent. So we’re definitely about keeping it indie.

So the future is to keep going in that direction?

Absolutely. We’re always looking to expand. We would love to grow into something. I don’t think we’re ever going to lose our vision in any sort of way. Y’know, we’ve been around for 20 years, and I don’t see it going anywhere for a long time.

Ludwig also mentioned Noise Pop’s newest venture, the recently launched Do415, which follows the Do512 model out of Austin, TX. “We are the face of it here in San Francisco, and we’re pretty excited about it,” Ludwig said confidently while simultaneously hoping not to sound cocky. “We’re probably the best qualified to tap into, and sort through all of these events, and help curate what gets the most attention.”

Before wrapping things up, I asked Ludwig if he had any advice to give attendees who are going to their first Noise Pop shows this year. His answer: “Pace yourself. Sleep, vitamins, and whatever you can do to keep your energy, and keep healthy.”

Although Noise Pop’s music events are still some days off, pop-up parties like the Opening Party, the Our House Records Beats & Bloody’s (both hosted at the Bold Italic), and the DC/JV opening party at San Franpsycho featuring photographic work by Peter Ellenby, have already kicked off the festival’s 20th year.

A pop-up party paying tribute to the late Don Cornelius is still on the horizon and set for February 15th at the Bold Italic, with Culture Club happening ten days later at the Public Works on February 25th. Unfortunately, festival badges have already sold out. Individual tickets to a few shows including those headlined by the Flaming Lips, Bob Mould, Atlas Sound and Die Antwoord have already sold out as well, but tickets still remain available for a number of shows, which include Sleigh Bells, The Dodos and Porter Robinson. Any and all of you music lovers still contemplating attending Noise Pop this year would do well to act quickly and swoop up some tickets to these remaining events before they sell out.