The most fascinating characteristic about Los Campesinos! has got to be the fact that everything about the band feels very personable. From the outside looking in, it feels like with seven members, the band stops being just a band, and more like a family. I mean, sure, all members refer their surname as being Campesinos!, but it feels like there’s more to it than just that. 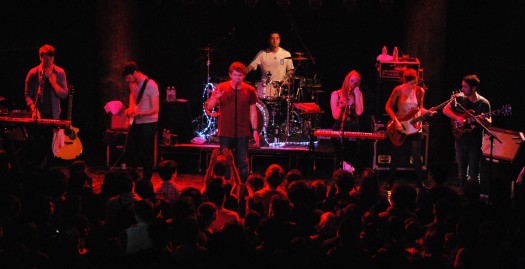 When you stop to consider that a common hallmark in Los Campesinos’ sound is their soaring hooks, combined with the storytelling nature of its lyrics, it’s difficult not to feel yourself embedded and involved. What’s also important to note is that lead singer, Gareth Campesinos!, who is also the group’s principle lyricist, had written what would become the band’s latest LP, Hello Sadness, while going through a very tough break-up. Knowing that these newer additions to the band’s catalogue are songs that come from a very raw and personal space is something that I find fascinating, and was anxiously curious to see how this all correlates to a live performance. Last Friday, I got that chance when Los Campesinos! played Great American Music Hall, and I was not disappointed.

First though, Portland’s Parenthetical Girls opened up the night, and their performance deserves a good mention. Front man Zac Pennington has a certain flare to his stage presence that’s very off the wall. At several points he was either perched up on the sub-woofers with a drumstick tapping a nearby column, planked face-down on the stage’s floor, or crowd surfing. Drummer Paul Alcott is a beast, which is only compounded by his wild, curly red hair, while keyboardist Amber Smith kept a cool-as-ice demeanor on stage that was especially apparent when juxtaposed to the antics of her bandmates.

As the time neared 10:30pm, I readily stood in front of a big sub-woofer to the stage’s left. I could feel the reverb getting louder as all seven members of Los Campesinos! filed on-stage. With the crowd’s anticipation reaching a crescendo, everyone took a quick deep-breath before the band thrust itself into the set’s opener, “By Your Hand”. 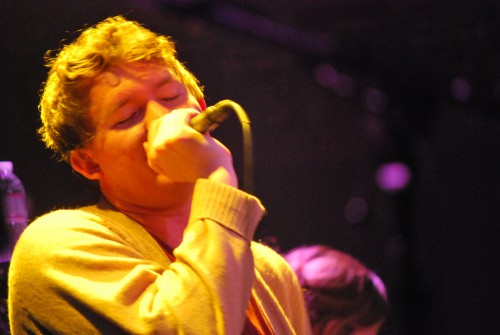 The audience was lively, and with it being an all-ages show, the crowd that showed up was a varied spectrum. There were college-aged students, post-college, middle-aged, and I even spotted a father having a good time with his two elementary school-aged daughters. A personal highlight of the night was when Los Campesinos! performed “Straight in at 101.” I wasn’t the only one excited to hear the dance inducing number, as the rest of the crowd gasped with excitement at the faint hints of the guitar strings that start the song off. When talking with Gareth at the meet-and-greet at the merch table after the show, he noted that the song is one of his favorites to play live. It definitely showed while on stage.

The crowd erupted and made the ground shake even more so than before when the band launched into “You! Me! Dancing!” As they did during “101”, the crowd kept swaying and dancing as hard as they collectively could. 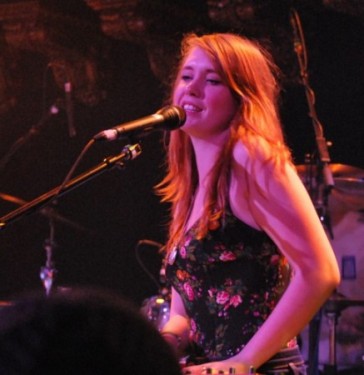 The band soon wrapped up their set with “Baby I Got the Death Rattle”. As soon as all seven musicians vacated the stage, the crowd loudly chanted, “One more song!” It only took a few brief moments before all seven members of the band came back out for an encore.

Los Campesinos! finally bid the San Francisco crowd adieu after a three song encore, with the final song of the night being “Sweet Dreams. Sweet Cheeks.” 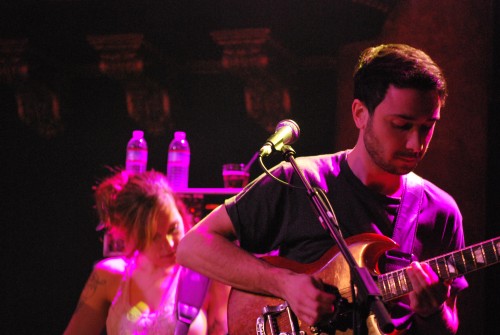 During the final number, Gareth came into the middle of the audience to join the dance party that he helped incite, and the deeply appreciative crowd went even more berserk.

Gareth’s voice was noticeably reaching a certain hoarseness at the meet-and-greet that followed. But what was more noticeable was that he and his bandmates were equally appreciative of their fans as their fans were of them during the show. The entire evening was quite an experience in observing just how palpable the chemistry between a band and its fans can really be.