This weekend at Davies Hall, famed Dutch conductor Edo de Waart–currently the music director of both the Milwaukee Symphony Orchestra and the Hong Kong Philharmonic Orchestra–will be leading the San Francisco Symphony in an evening of music by Camille Saint-Saëns, Sergei Rachmaninoff and Franz Schreker. This performance occurs over two decades after de Waart’s inaugural performances with the SFS at the newly constructed Louise M. Davies Symphony Hall. 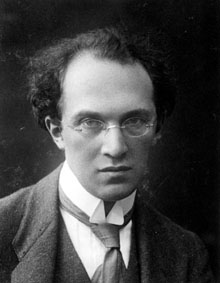 The program begins with a performance of a piece by Austrian composer, conductor and pedagogue Franz Schreker, whose music, unfortunately, is rarely heard or performed outside of Europe. Unlike his more famous Austrian musical contemporaries at the turn of the 20th Century, Gustav Mahler and Arnold Schoenberg, Schreker was primarily a composer of operas. The piece being performed by de Waart and the SFS is the “Prelude” to one of Schreker’s more popular operas, Die Gezeichneten (or The Stigmatized). The “Prelude” showcases Schreker’s incredible skill at experimenting with timbre and tone color, which works to create an effective, aural representation of the colorfully decadent world in which his opera is set– the Italian Renaissance. During the height of his career, Schreker received tremendous adulation for his compositional style, and was compared several times to his predecessor Richard Wagner. However, upon the rise of National Socialism in Germany during the 1930s, Schreker’s music fell into extreme neglect due to the composer’s Jewish heritage. His music has only recently been rediscovered by several leading conductors, of whom Mr. de Waart stands as a major proponent. 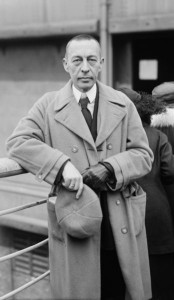 Following the Symphony’s performance of Schreker’s “Prelude,” pianist Simon Trpčeski will join the conductor on-stage for a performance of Sergei Rachmaninoff’s lesser-known Piano Concerto No. 4 in g-minor. Unlike the composer’s more notorious 2nd and 3rd Piano Concertos, Rachmaninoff’s 4th is much more compact and refined in its musical textures, and it marks the composer’s first major foray outside of his Late Romantic “comfort zone” and into writing “modern” music for piano and orchestra. Like Maurice Ravel’s Piano Concerto in G, Rachmaninoff experiments with elements of jazz he picked up on during his life as an American citizen, as well as the sounds of other composers known for their contributions to modern music at the time, such as his own Russian contemporaries Alexander Scriabin and Igor Stravinsky. While the work isn’t as virtuosic a showpiece for the pianist and conductor as Rachmaninoff’s previous piano concertos, the 4th Concerto is indeed, along with his Rhapsody on a Theme by Paganini, a celebrated example of the composer’s sparser late style.

The end of this weekend’s program is dominated by the majestic and quite literally ground-shaking Symphony No. 3 in c-minor by French composer Camille Saint-Saëns, which is subtitled “Organ” due to the instrument’s appearance throughout the symphony. The work is considered by many to be the pinnacle of Saint-Saëns’ writing for orchestra, and is firmly established as one of the most oft-performed pieces in the standard symphonic repertoire. In fact, the work was specially recorded in 1959 by legendary conductor Charles Munch to showcase the potential of the newly discovered method of recording music in stereo. The work’s tremendous power, accentuated by the bombastic pipe organ passages –particularly in the work’s last half– helped to inaugurate a new era in recorded music that most of us now take for granted. However, nothing beats experiencing the symphony being performed live in-person, particularly at Davies Hall, where the auditorium’s monumental pipe organ promises an experience in sound like no other. 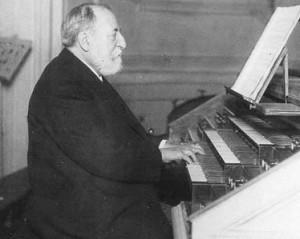 Before concluding, there is one particular thing worth mentioning about Saint-Saëns’ compositional style with regards to the finale of his 3rd Symphony. Those of us familiar with the famous 1995 family film Babe might recognize the simple, yet moving theme introduced during the last half of the symphony. The theme, in addition to being a remarkably cheerful parody of the old Latin funereal chant: “Dies Irae” (or “Day of Wrath”–a theme which is also used in the final movement of the Rachmaninoff concerto), is also an example of the composer’s use of thematic material from uplifting church/folk melodies in his finales. This technique was also used in the composer’s 4th Piano Concerto in c-minor, premiered over a decade earlier. A comparison of the two sections can be heard and seen below. Also, a performance of the “Dies Irae” has also been included for comparison with the Symphony passage.

(Introduction of the theme from the Finale to Saint-Saëns’ “Organ” Symphony; conductor Myung-Whun Chung.)

(Introduction of the popular French folk tune in the Finale of Saint-Saëns’ 4th Piano Concerto (1 minute and 30 seconds into the video); pianist Philippe Entremont.)

With three of the most glorious examples of tone color and excitement in music to showcase for us this weekend, Edo de Waart has managed to select the perfect program to commemorate his past work with the San Francisco Symphony. Indeed, like no other program this season, this weekend at the SFS promises to be one that won’t be easily forgotten. I personally am a great admirer of de Waart and Saint-Saëns’ “Organ” Symphony, and will be in attendance this Friday night. Look for the full review of the performance next week here on the eventseeker-blog.