As promised in last week’s installment of “Weekend at the SFS,” I will be reviewing Edo de Waart’s performance at Davies Hall on Friday the 17th, where I had the luxury to be in attendance. Needless to say, Mr. de Waart’s performance was magnificent, and all expectations I had for the evening were trumped by the conductor’s thunderous performance with the San Francisco Symphony–to put it simply, I was blown away. 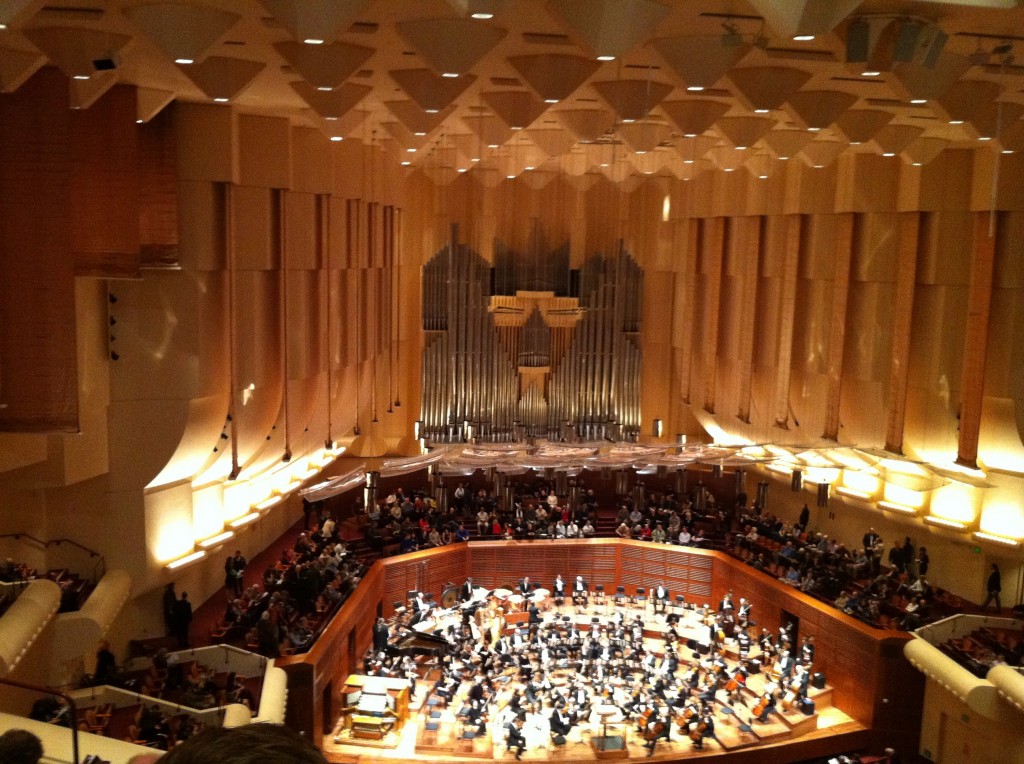 I must admit that my initial expectations for the opening work, Franz Schreker’s “Prelude” to Act I of his opera Die Gezeichneten, were not set all that high. Like many, I tend to hesitate when I see a work by a lesser known composer being showcased on a symphony program. Usually, there is good reason for certain composers being left out of the standard canon of Western classical music, and many conductors, despite their good intentions, fail to adequately convince the audience of the merits of such composers’ music. However, in addition to gaining a clearer picture of Franz Schreker’s troubled life as an Austrian/Jewish composer during the rise of National Socialism via the very well-written program, the mysterious, almost fragrant opening flourishes of the “Prelude” convinced me that I was about to hear something completely new and exciting. 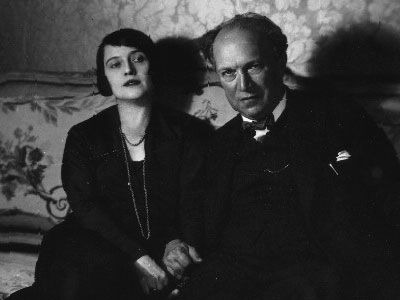 As I briefly touched upon in my preview of the performance, Schreker’s career as a composer was being celebrated at the beginning of the 20th Century as one that rivaled that of his predecessor, the German operatic composer Richard Wagner. I could certainly hear the influence of the latter, particularly in the music’s heaving decadence and drawn-out climaxes. De Waart’s performance of the work, particularly in his uncanny ability to draw some of the most death-defying crescendos from the orchestra, not only did the work justice, but opened a completely new world of music I had never thought to explore prior to that evening.

Following the outstanding performance of Schreker’s “Prelude,” Rachmaninoff’s Piano Concerto No. 4 in g-minor was next on the program and I wondered how they would get the piano down from its precarious ledge in the percussion section of the orchestra without causing a commotion. Then, to my surprise, I noticed an entire section of the floor where the conductor had stood begin lowering beneath the stage. After about 2-3 minutes, the floor began rising from the depths with a magnificent grand piano. My question was answered.

Having spent several minutes setting the stage for the Concerto, the orchestra wasted no time getting back to their seats to resume the performance. As soon as the lights and audience noise died down, pianist Simon Trpčeski entered the stage with de Waart to tremendous applause. Not wasting any time, Trpčeski bowed to the audience and immediately took his seat at the piano–giving the cue that he was ready, de Waart began conducting the seething opening chords of the concerto. 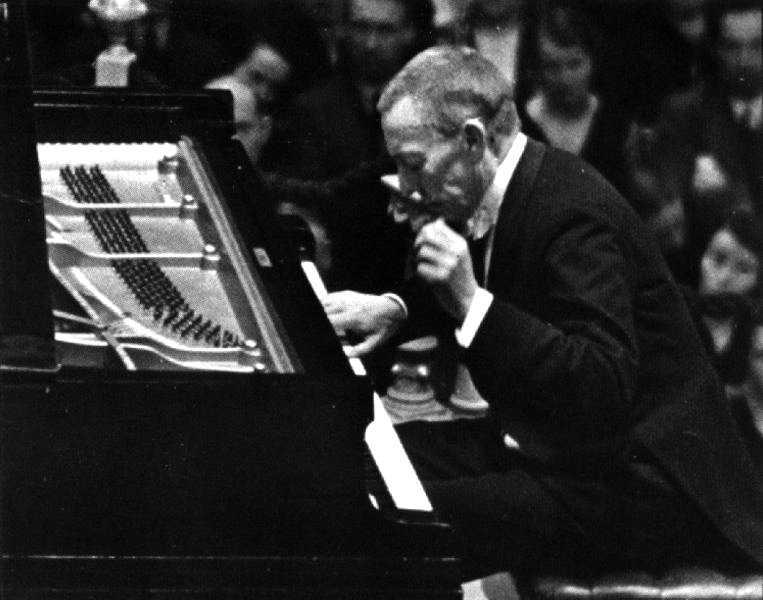 Now, I will admit that Rachmaninoff’s Fourth Piano Concerto is not one of my favorites. After the extreme emotional and technical complexities of the composer’s triumphant Piano Concerto No. 3 in d-minor (not to mention the world-famous 2nd Piano Concerto in c-minor), this late work has always seemed to me to be rather contrived and uninspired by comparison. Unfortunately, this performance did not change my rather glum judgement of the piece. Trpčeski’s playing, while technically proficient and simply astounding in certain places (particularly in the finale), was marred by a certain muddled softness that made it very difficult for me to hear the piano over the orchestra in several key passages. I am not sure if this was because of where I was seated (the premier section of the hall’s 2nd Tier) or the acoustics of the room, but there were several instances where I simply could not hear the piano when I should have been hearing it quite clearly above the orchestral accompaniment. I don’t believe de Waart’s typically strong orchestral dynamics were purposefully drowning out Trpčeski’s playing, and instead I feel that the pianist was playing a bit too delicately to match the power of the conductor’s majestic interpretation of Rachmaninoff’s dynamic markings.

Although there were indeed some flashes of brilliance in Trpčeski’s playing, I must admit that I was a bit disappointed by my inability to consistently hear the piano. However, his performance of an incredibly unique Macedonian piece for violin and piano as an encore immediately did away with any reservations I had about the pianist’s incredible talent–I just wish he could have pulled off the Concerto with as much vim and vigor.

Following a 20 minute intermission, the audience regrouped to listen to the evening’s central performance: Camille Saint-Saëns’ “Organ” Symphony No. 3 in c-minor. As I briefly mentioned in my preview, I have always been a great admirer of this French symphony, and consider it my second most favorite symphony (beneath the Symphony in d-minor by Belgian composer Cesar Franck, whose work, ironically, was despised by Saint-Saëns). As soon as the orchestra opened up with the fleeting repeated note passages that work to sketch the symphony’s main theme (which is based upon the Latin “Dies Irae” chant discussed in my last post), I knew this was going to be a performance for the ages. 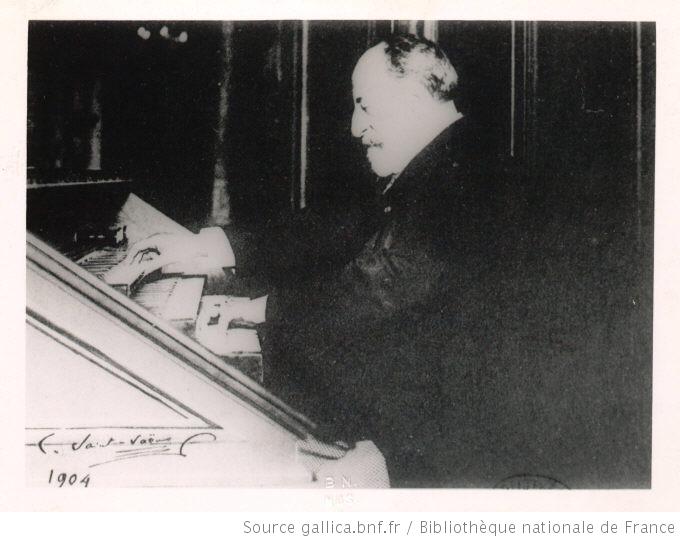 Like the Schenker “Prelude,” and to a lesser extent, the Rachmaninoff Concerto, de Waart’s interpretation of the Saint-Saëns symphony was full of wonderful surprises I never expected to hear that evening. I am no stranger to the symphony, and have heard several interpretations of the work: from the famed Charles Munch stereo recording of 1959, to the ubiquitous budget recording by Eugene Ormandy (which first introduced me to Saint-Saëns), to even the lesser known (but my personal favorite) 1957 recording by Paul Paray. That evening, de Waart bested all three of these gargantuan talents with a performance that was the most authentic and intense rendition of the work I had ever heard.

For reasons I’ll never understand, many conductors tend to subordinate the importance of brass to the string sections in late 19th Century French symphonic music–which is a grave mistake considering how important the brass section was to the French Romantic style. De Waart’s performance not only brought the horns to the fore in several key areas of the first movement, but tastefully brought out these beautiful chorale-like passages in the brass that I had never truly appreciated when listening to the work in the past. When the shattering organ passage in the Maestoso finale came along, I found my eyes welling with tears–not only because my expectations for the performance had been so far exceeded by that time, but for a moment I imagined how the great composer Franz Liszt (to whom the work was dedicated) might have felt if he had the opportunity to hear his good friend’s symphony at its premier in 1886–only a few months before his death.

I could tell that a considerable amount of preparation went into this performance–both on the part of the conductor and the orchestra–and I must say that I will always remember this evening as one of the best symphonic experiences of my life, and there have been many. Not only did Mr. de Waart open my mind to the music of the tragic, though supremely talented Austrian composer Franz Schenker, but also gave me my first opportunity to hear Rachmaninoff’s 4th Piano Concerto, as well as one of my favorite symphonies in a live setting. While the Rachmaninoff proved to be lacking in certain respects, Edo de Waart’s glorious interpretation of Saint-Saëns’ masterpiece made whatever small quibbles I had with the performances thus far fade away into a distant memory. Last Friday’s showcase at the SFS was truly a success, and those who had the privilege to experience the performance firsthand can safely say we left Davies Hall fundamentally transformed by what we heard.