With its new exhibition, The Cult of Beauty: The Victorian Avant-Garde, 1860-1900, the Legion of Honor gives San Francisco viewers a primer on a 19th-century art movement that was fascinating in many aspects. In hellish Victorian London, where in 1884 cultural critic John Ruskin talked of a polluted “plague-cloud” and a “fatal infection of the sky,” a number of fine artists and designers conceived of the bourgeois home as a refuge and artwork in and of itself, replete with style hallmarks such as paintings of androgynous youths and maidens (such as John Spencer Stanhope’s Love and the Maiden), intricately ornamented wallpapers, peacock feathers, and Japanese fans. 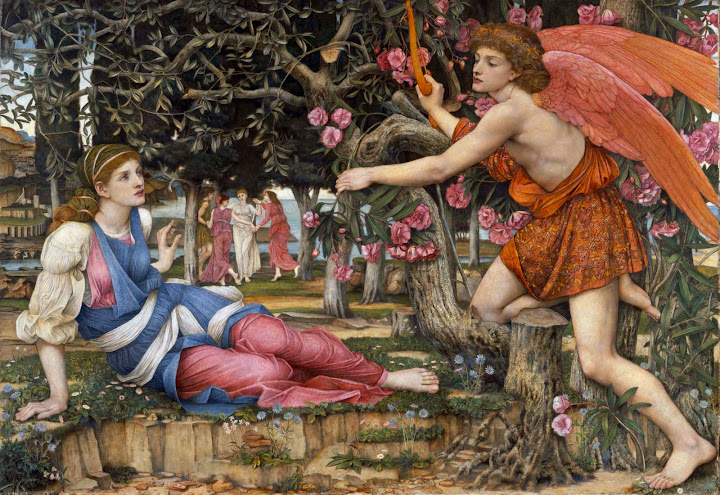 The objects that encapsulated the spirit of the Aesthetic movement for me were actually pieces of furniture: cabinets and sideboards with many drawers and shelves which could fit (and allow owners to display) a great amount of stuff. Indeed, the tastemakers of the era encouraged art lovers to surround themselves with exquisite objects and “express their individuality” in home decor. The trend trickled down from the wealthy patrons of the artists to the then-emergent middle class, as evidenced by the proliferation of popular books on the topic. Some artists associated with Aestheticism, for example socialists William Morris and Walter Crane, were also convinced that good design was necessary to impart dignity on working-class life.

Aestheticism was by no means a tightly knit group, and in general was a very heterogeneous movement. Common traits were an insistence on superior craftmanship (Aesthetic painting, for instance, grew out of Pre-Raphaelitism, whose proponents detested any kind of technical “sloppiness”); an innovative tendency towards flat surfaces in decor; and a love for anachronisms. The latter made many Aesthetic works, especially paintings, look highly enigmatic and peculiar. The amount of art-historical knowledge amassed by the middle of the 19th Century allowed artists to freely play with influences, which could be Greek, Medieval, Venetian, or even Japanese (since the forced opening of Japan to foreign trade in the 1850s everything Japanese had become greatly popular among Western fashionistas). For Morris, interest in past epochs was bound with his social reformism, as he thought that in the Middle Ages, before industrialized labor, the work of producing objects was infinitely more dignified. For some other artists, it was escapism, plundering for the sake of beauty and beauty only. 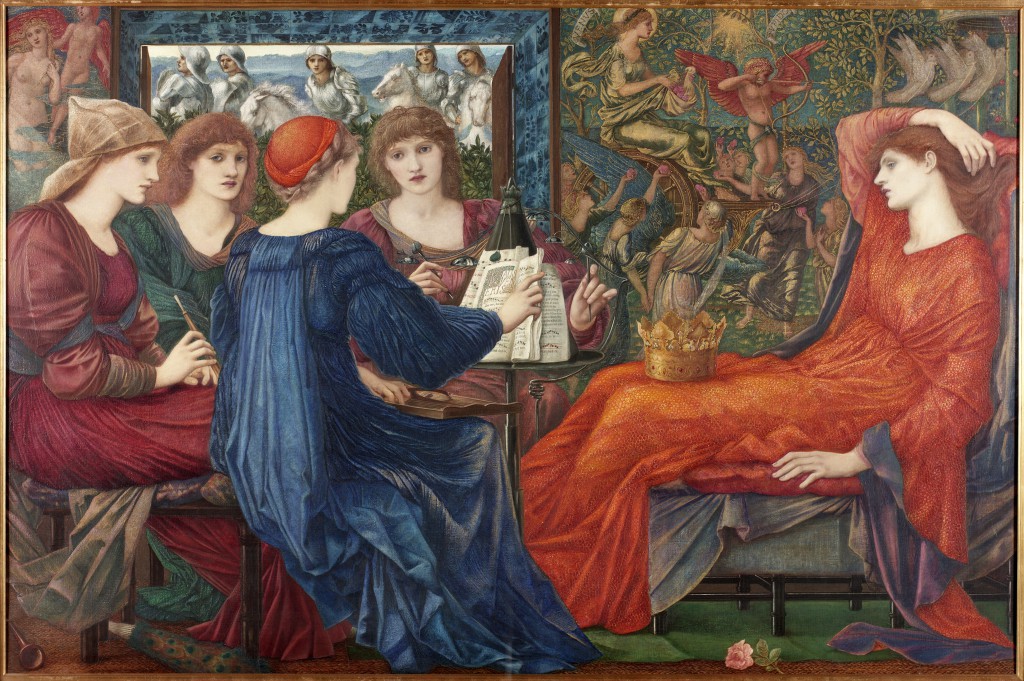 Since art had been taken out of religious and aristocratic settings and put into the bourgeois capitalist world, a question was posed: what, after all, is art for? One answer was that it should educate, tell stories, provide the viewers with a “moral compass.” That was the conventional understanding of art in the Victorian era, the backdrop against which the whole story of Aestheticism was unfurling. English critic Walter Pater, who (unintentionally) became one of the ideologues of the Aesthetic movement, endowed art with another purpose: to be a source of sensual delight for the viewer. In their pursuit of beauty, both artist and viewer should free themselves of any moral inhibitions. This idea, now viewed as politically conservative, provoked great controversy, which resulted in the untimely exit from the scene of such key figures of Aestheticism as painter and poet Dante Gabriel Rossetti and poet Algernon Swinburne. Most sinisterly, the movement was castigated as not “virile” enough, and the Aesthetes Oscar Wilde and Simeon Solomon actually spent time in prison for their homosexuality.

The Legion of Honor exhibition, organized with the Victoria & Albert Museum in London, tells the unique story of Aestheticism in 180 objects, which include seminal works by Rossetti, Morris, James McNeill Whistler, Edward Burne-Jones, Frederic Leighton, E. W. Godwin, and Christopher Dresser. Looking at how well all those objects cohere into a stylistic monolith (a “total artwork” indeed), it is vital to remember that the movement was a field where very different ideologies, attitudes and practices coexisted: middle-class consumerism and elitism, apolitical escapism and socialism, Victorian sexism and a subversion of common codes of masculinity. Riddled with paradoxes, “Cult of Beauty” is a must-see exhibition for everyone interested in the history of culture.