By CHRISTINA MELOCIK
Emerging from Bolton, England in 1976, Buzzcocks continue to impress the punk rock scene with their pop-friendly hooks, irreverent lyrics, and youthful energy. Although original members Pete Shelley and Steve Diggle are in their mid ’50s, they still rock out like teenagers.

Buzzcocks’ oft-covered track, “Ever Fallen in Love”, performed in 2003.

Born out of practicality, Buzzcocks paved the way for indie record publishing with their 1976 EP Spiral Scratch, by their own record label, New Hormones. They were the first English punk band to do this, inspiring small and DIY record labels to develop outside the powerful London record company scene. Influential not only in the booming Manchester scene from the late 70’s to early 90’s, they have continued to inspire even more mainstream artists including Nirvana, Green Day and R.E.M. The Buzzcocks influence over Offspring and Ash reached the point in which the latter two have paid homage to the former by releasing covers of original Buzzcocks tracks. The seminal English punk-rockers don’t seem content to remain inactive legends. Though they broke up in 1981, they reformed in ‘89 and have since released five albums including 2006’s Flat-Pack Philosophy which marked Buzzcocks’ 30-year anniversary. Though critics’ opinions of the the album are mixed, the rave reviews of their recent live shows should set any doubts to rest that this legendary band has still got it. 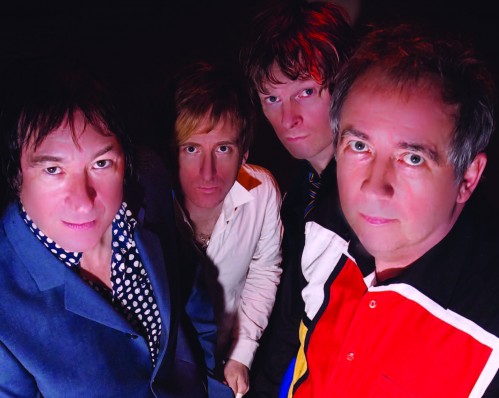 Buzzcocks will be touring through California after playing shows in Belgrade, Serbia and Mexico City. After Coachella, they’ll cross over to Europe with two extra special shows in Manchester and London featuring three different configurations of the band, including original, co-founding member Howard Devoto, as well as Steve Garvey & John Maher.