Gernot Bronsert and Sebastian Szary are two electronic producers from Berlin better known as the creative unit called Modeselektor (or, MDSLKTR). The duo is a gemstone in electronic music, and will perform in San Francisco this Friday, April 13th at 103 Harriet. 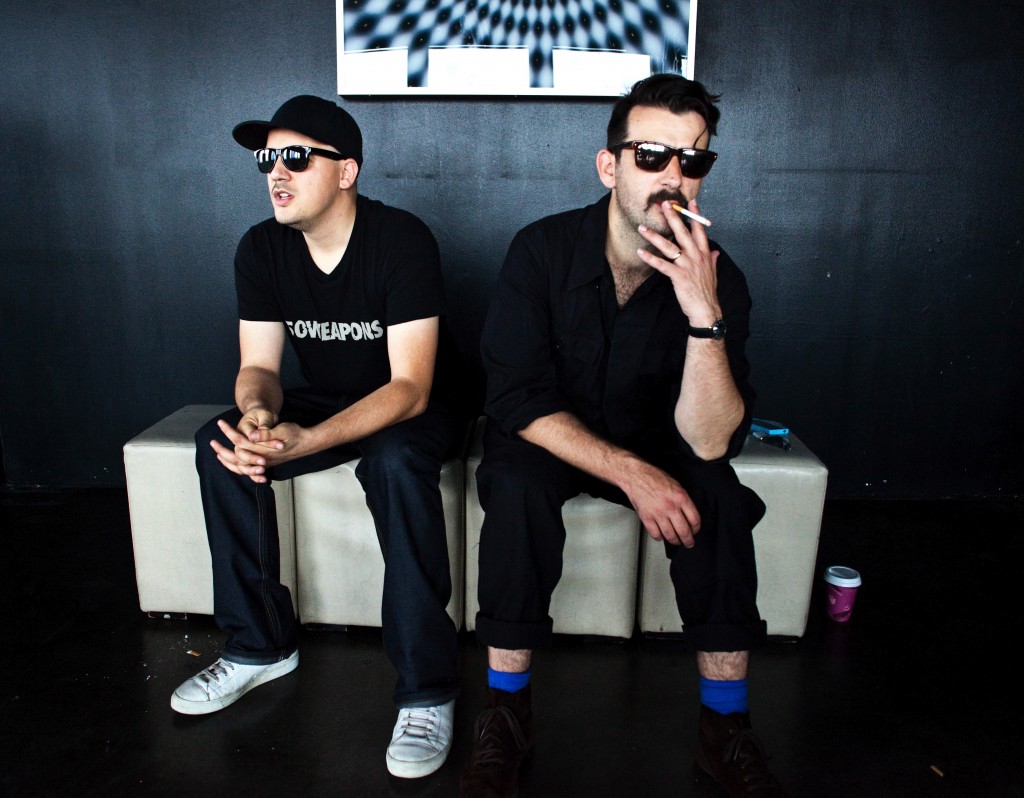 Modeselektor takes Intelligent Dance Music (IDM) and glitch, two styles that are typically a little more introspective and less danceable than other electronic genres, and combines them with the sturdily funky rhythmic backing of hip-hop and electro. The result is a style that manages to be trippy and forward-thinking while remaining well-suited for the dance floor.

Bronsert and Szary met in 1992 in Berlin during those wild times after the fall of the Berlin Wall. They got involved in creating music under the moniker Fundamental Knowledge. In 1996, the group changed its name to Modeselektor, a name taken from a function on the Roland Space Echo analog delay effects unit. In 2000, the band signed with Ellen Allien’s label BPitch Control where they released their first full length album Hello Mom! in 2005. The latest release of the group was their fifth album Monkeytown that came out in 2011.

103 Harriet’s smaller dimensions and distinctive atmosphere will be just the right spot for the duo to do their thing and bring the place to a boil. Check it out!