North Carolina’s Bowerbirds rolled through San Francisco last Friday evening, and the freak folk five-piece delivered a stellar performance at The Independent. The majority of the tracks that Bowerbirds performed were off its newest album, The Clearing. As we had previously noted, the album is a culmination of a very challenging last few years for the band. The album was also not only recorded in Bowerbirds’ home city of North Carolina, but also at Justin Vernon’s (Bon Iver) April Base music studio in Wisconsin. So it’s not that big a stretch to compare the similarities–in terms of how the music sounds sonically–between The Clearing and Bon Iver’s own output. 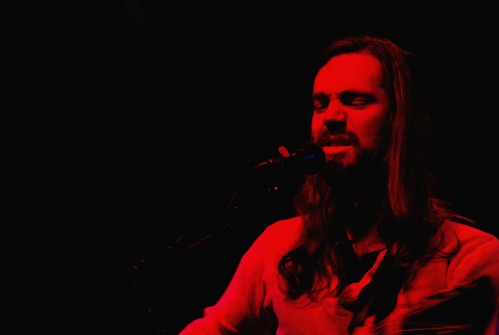 UK folk rockers Dry the River opened the show. During its performance, Dry the River was easily able to go from performing a song acoustic, to full on rocking out with patented head-banging. The band members’ endearing English accents also made the on-stage banter all the more warm and inviting. 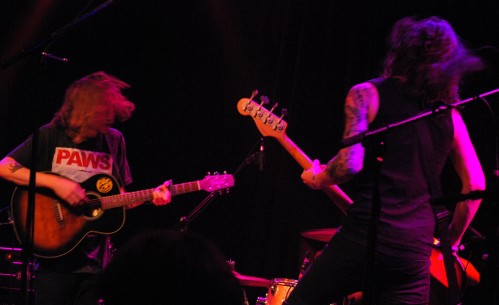 An air of hushed excitement washed over everyone as the members of Bowerbirds came on-stage to tune their own instruments after Dry the River finished its set. The excitement steadily built from there. My personal taste in music usually veers toward sounds that are louder and/or more aggressive. So when it comes to the folk genre, I tend to be a little selective on the bands that I gravitate toward.

But something about Bowerbirds’ The Clearing has won me over. Knowing that the band members faced compelling personal challenges as they prepared this album cements it as a very honest record. All in all, the album is definitely one of the year’s best releases thus far, and it was a joy to hear the majority of these cuts performed live. 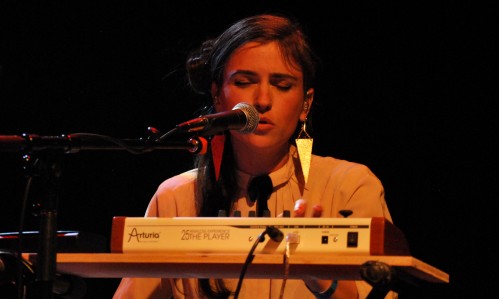 It was easy to get caught up in Bowerbirds’ performance with its uplifting lyrics, especially during the duets between front man Philip Moore and girlfriend Beth Tacular. Their vocal performances on “In the Yard” and “Hush” are highlights that immediately come to mind. At differing points, Tacular would switch from accordion to the keys, or tambourine. Another fun part of the night was when the band gave a shout out to Tacular’s brother in the crowd, and said that it was his birthday. The crowd then sang along to an impromptu rendition of “Happy Birthday.”

Just before its encore, Bowerbirds finished with “Now We Hurry On” and then “Tuck the Darkness In.” These two tracks pack a powerful one-two-punch combination. After the show, I left The Independent feeling washed over with a sense of wonder and hopefulness. It’s a pretty cool feeling to have after any show.

More Photos of Bowerbirds and Dry the River at The Independent [April 6, 2012]