“Short but sweet” would probably be the most apt description of Cults‘ performance at Slim’s last Thursday night—the band’s second of two straight San Francisco shows. Still riding the coattails of the positive reception earned from its self-titled 2011 debut, the Manhattan-based indie pop duo charmed the sold-out crowd with its agreeable blend of 1960s pop and atmospheric indie rock. 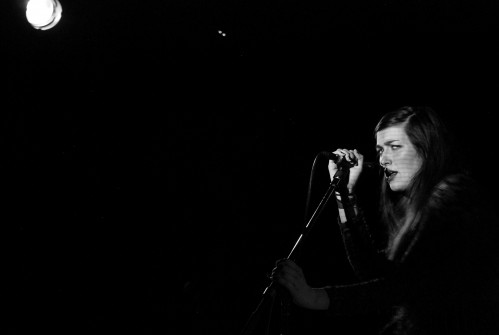 Though Madeline Follin (vocals) and Brian Oblivion (guitar/keys/effects) shared duties between themselves on the record, the live format of Cults included three additional members on bass, drums and second guitar. Kicking off with a brief swell of ambient noise while everyone settled into their spots onstage, the band quickly launched into “Abducted,” its debut single, as Follin tugged at her vintage blue dress and worked the crowd with her Diana Ross & The Supremes style dance moves.

The rest of the evening essentially saw Cults running through the 11 songs from its sole album in random order, with a cover of Leonard Cohen’s “Everybody Knows” thrown in for good measure. Even with the limited pool of material to pull from, however, the live experience offered fans a nice counterpoint to the relatively tiny and airtight production of the record. The additional components, such as the live/electronic hybrid drum set, keys and extra guitar, helped contribute to a fuller, beefier sound. 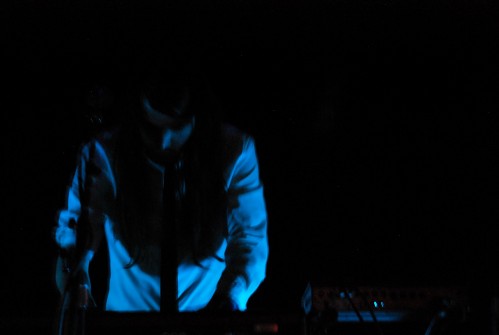 In fact, the only thing that at times sounded slight was Follin’s voice, which, away from the comforts of the dialed-in reverb and production of the album, was often disappointingly lost in the shuffle. Luckily, a few of the softer moments, such as the slow burn ballad “You Know What I Mean” allowed her to project enough to effectively showcase her alternately moody and dreamy vocal talents.

A lot of credit needs to be given to Oblivion, who, aside from playing guitar, also contributed on keys and vocals from time to time. Clearly interested in the textural capabilities afforded to him via his wealth of effect pedals, his guitar playing was dynamic, and channeled classic tones popularized by bands such as My Bloody Valentine and Jesus & Mary Chain. The noisily calculated backdrops he provided only sounded even more interesting when set against the bouncy Motown inspired bass lines and melodies coming from the rest of the band. 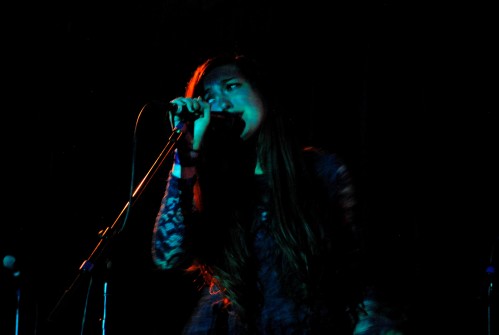 Tracks such as “Most Wanted” (which was dedicated to the duo’s teenage years living in the Sunset District of San Francisco) and the Glockenspiel-tinged “Go Outside” had people happily singing along right through to the end of the band’s roughly 40-minute set. “We could go outside to smoke a cigarette or something and then come back, or we could just play one more for you right now,” Oblivion said, opting to skip the antiquated formality of a standard encore. No one seemed to care, as the band closed things out with a spunky and spirited version of “Oh My God,” which perfectly embodied the feel-good pop confections that Cults specializes in.