Washed Out’s recordings provide the perfect soundtrack to lose one’s self in deep thought. Its bedroom synthpop and chillwave sound is the type of music you might relax to while sitting at home, indecisively pondering your Friday evening plans. Conversely, when experiencing Washed Out live and in person, it is akin to the body-high you get when you make a decision, any decision, and feel instant gratification. 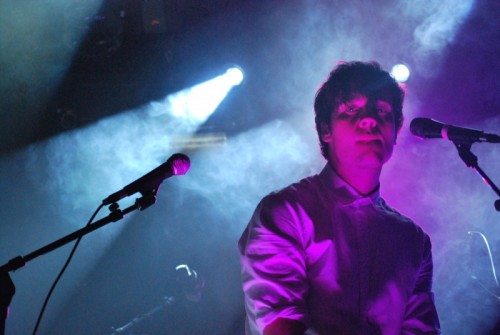 Last Friday, Washed Out played a sold out show at Mezzanine. When tickets went on sale in late February, it only took a few days for the event to officially sell out. Clearly, everyone who was in attendance at Mezzanine didn’t have to think about whether or not they wanted to go to the show–it was a foregone conclusion.

Originally, Washed Out began with just Ernest Greene when he produced songs in his bedroom studio in South Carolina. After making his music available online, Greene soon caught the attention of music bloggers and tastemakers. “Feel It All Around” is Washed Out’s most recognizable track, which is partly due to its usage as the opening theme song of the cable-television series Portlandia. 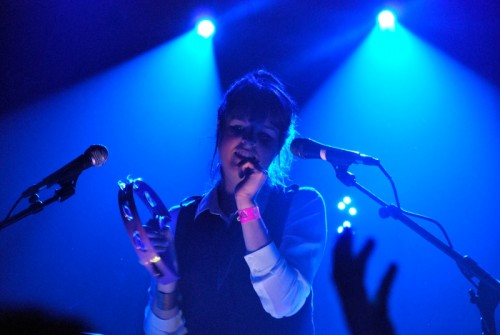 In live settings, Greene has a backing band on stage performing with him. As the roadies prepared the stage just before Washed Out’s performance, I took stock of the stage set-up. From left to right, there were multiple keyboards and synthesizers stationed at the front, and a drum-kit in the background. 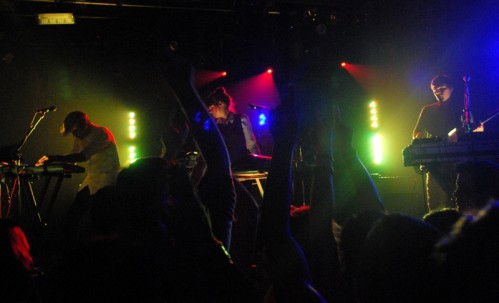 Right away, the band sounded much more explosive than I imagined. At times, Greene’s soft soaring vocals got lost amid the thumping bass, but it’s a minimal gripe barely worth noting, and easily forgivable. At one point, the bassist’s guitar cord accidentally got disconnected from the amp, and it took a few moments to reconnect the instrument as the band kept playing. Albeit the nit-pickiest of nitpicky observations, it was a slight disruption to the flow of the show nonetheless. Washed Out’s set wasn’t perfectly flawless, but tracks like “You and I,” “Get Up” and “Before” were performed with smooth precision, and the band’s overall performance was more than satisfying. Good, booming bass that has the ability to envelope you, but not overwhelm you is hard to find. People with an aversion to dubstep will attest to that. Washed Out has seemingly found that sweet spot in between.

Photos by Joey Pangilinan. For more photos of Washed Out at Mezzanine [May 4, 2012]