This Thursday, May 24, Danger headlines at San Francisco’s Mezzanine with a dazzling new live show. The Frenchman, known as Franck Rivoire, has a sound that consists of multiple influences. A raw, textured mix of electro and rock, his music is also heavily influenced by dynamic video game sounds. Also, expect some stirring visuals to complete the live show experience. 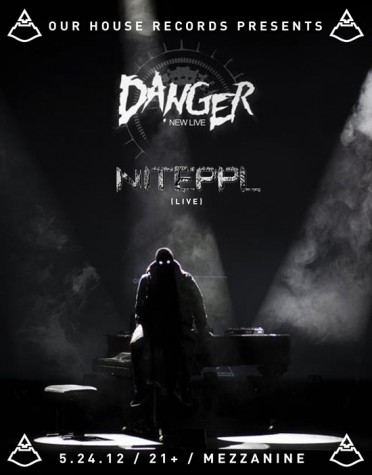 When performing on stage Rivoire dons a black mask, and Danger, his alter ego, takes over. This particular stage motif draws inspiration from both Daft Punk as well as the Black Mage character from the Final Fantasy video game series.

Besides making his own music, Rivoire has produced impressive remixes for the likes of La Roux, Estelle and Kanye West, The Crystal Method and Nero.

Opening up the night will be San Fran locals, Niteppl, whose own sound crosses multiple elements including progressive house and rock music. Expect the energetic duo, Gage Seber and Alton San Giovanni, to debut their new live show.