Portland’s The Dandy Warhols have been together for a good 18 years now, and in that time, they have explored sounds that have consisted of shoegaze, garage and psych rock, synth pop, and others. The Dandies are currently on tour in support of its newest album, This Machine, and kicked off the tour by playing the Fillmore in San Francisco.

“It’s a historic and wonderful venue,” said the band’s synth-bassist and keyboardist Zia Mcabe. The air in her tone suggested that she is still in awe of one of San Francisco’s most venerable concert venues. “It was a great way to kick off the tour. There’s always so much love we get when we play San Francisco.” 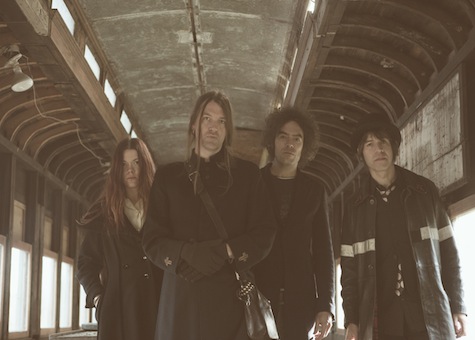 It was a week after the San Fran show that I caught up with McCabe via phone, and by this time the Dandies had already made its way across the country to perform at Masquerade in Atlanta. “Have you heard of Thee Oh Sees?” McCabe gushed when discussing the city’s local music scene. “I’d love for them to open up for us, but I think they’re a little too big to do that now.”

Although the band has been around for some time, McCabe stressed that there is always a certain nervousness when releasing new songs into the world. “Of course, what if no one likes it?” she said. “We make music for ourselves first and foremost. We do our best to not think of how it will be received until the album is on its way out the door.”

McCabe further cited that this creative challenge is also highlighted by the fact that the Dandies are a band that critics seem to love to criticize, though she has seen a lot of positive comments from these hardened listeners. In comparison to the band’s previous albums, McCabe likens This Machine to strip-down punk. She also described the record as the band’s approach to grunge, which in turn comes out sounding a little goth. “It’s definitely the first time we intentionally added a grunge element,” she said. “Originally, it was just something we had no interest in, and our music world at the time we started was oversaturated with that sound. It’s been almost 20 years now and some of those tones and grunge elements are fun again.”

When McCabe first joined the band, she didn’t know how to play any instruments. In fact, it took her a decade to feel really comfortable, and confident enough to say to herself — “Yeah, I think I’ve finally got this.”

“Just being a musician in general with my role in the band being synth bass and keyboard melodies, yeah, for around ten years I was just doing my best to keep up.” McCabe further elaborated that she saw music as something mysterious and magical, and was at first reluctant to replace that with knowledge. Yet, in the years since, she has been able to maintain that level of mystery while learning something new or different year after year. What has contributed to McCabe’s constantly evolving relationship with music are her side-projects fronting Brush Prairie or occasionally performing DJ-sets. The Dandies’ lone female member cited these projects as opportunities to broaden her language for music, which is a skill she feels is very important to have.

Brush Prairie released a four-track EP in 2011 called Carry Yourself Back To Me. The EP has a real ‘50s twang with melodies that are more reminiscent of Johnny Cash than contemporary country music. Thus, it wasn’t surprising that McCabe cited Willie Nelson and Patsy Cline as artists that she’s admired since childhood.

“I grew up in a log cabin. When I sing, I can’t help but have a twang so I might as well sing country music. It’s so fun and I love it!” she exclaimed while explaining why she gravitated toward country music. “I had a surgery on my vocal chords two years ago; singing hasn’t come easy for me. I had accepted a very limited vocal range. Luckily the surgery tripled my range and singing is a possibility now.” 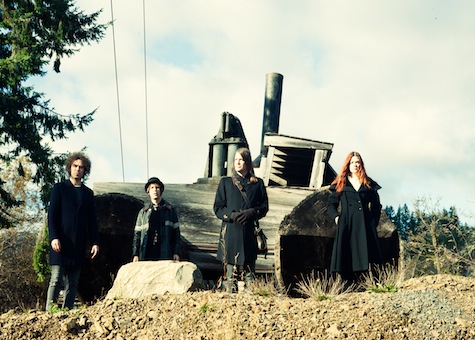 In regards to the band’s younger days, McCabe also reflected on director Ondi Timoner’s documentary DIG!, which chronicled The Dandy Warhols and the Brian Jonestown Massacre as both bands ascended to popularity in the 1990s. The film won the Documentary Grand Jury Prize at the 2004 Sundance Film Festival, but McCabe noted that the film didn’t fully capture both bands and their time together as they hoped or expected. The vast majority of the film chronicles the two bands as if a rift had developed between them, when in fact it hadn’t.

“She (Timoner) kept in the drama and didn’t use any of the precious footage of us making music, performing music, recording music. Ya know, two bands who love music but get a movie made about them as if our dream was to be on some crappy reality show.”

Despite the misconception, McCabe clarified that The Dandy Warhols and Brain Jonestown Massacre are still very good friends. In fact, McCabe attended a BJM show not too long ago, and she was invited on-stage to perform with the band. “It’s part of our youth; seven-eight years worth of us recording, rehearsing and performing, but it’s probably in some vault somewhere,” McCabe also said of the documentary.

While The Dandy Warhols have not formally shared the same bill with BJM, they have opened up for legends such as David Bowie, The Rolling Stones and Tom Petty.

“It’s something that’s cooler to say you did, than actually do,” McCabe said in reference to getting to open up for Bowie. “We were sequestered from everyone. It was depressing. It didn’t feel like rock and roll. In the end, we found our own way to make it fun but it was a challenge. We got to open up for the Rolling Stones for three shows, and if I could, I would have liked to switch those two around, and spent two months with the Stones. Their crew was super friendly and welcoming and like ‘the stage is yours, make yourselves at home.’” 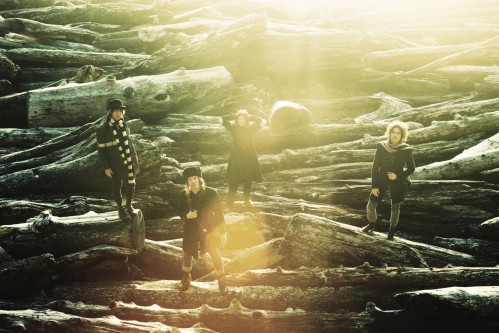 After 18 years together, there’s no denying that the members of The Dandy Warhols have achieved quite a lot of success, and have come away with a lifetime of experiences, but the band’s output has not just consisted of its own eight released studio albums, numerous EPs and B-sides, but also its side-projects. While McCabe has released an EP with Brush Prairie, drummer Brent Deboer has released his own solo folk album, guitarist Peter Holstrom has gone off to front Pete International Airport, and Dandies lead singer Courtney Taylor-Taylor has written the graphic novel One Model Nation. All members of the Dandies have had creative itches that have needed to be scratched from time to time.

The band’s ethos is succinctly summed up in McCabe’s response to my question regarding how everyone’s side projects have contributed to their process of making music as The Dandy Warhols. It wasn’t so much from a technical or performance standpoint, but something a little more spiritual.

“If anything, it’s deepened our appreciation of what we have for each other. We’re not taking anything for granted.”