The opening talent for Alt-J’s current tour is the six-piece band, Royal Canoe. The no-laptop-necessary performers hail from the small Canadian town, Winnipeg, though their sound is anything but small, or Canadian. Meshing dissimilar musical influences and a wide range of musical armor, they’ve built a show around a genre-defying experience.

What’s the background of the band name?

Peters: “I was on this patio at a bar I frequent and my friend was looking through a newspaper – she pointed to a line on the page and was like ‘Why not ‘Royal Canoe?’” and there it was. I liked Royal, I hated Canoe but it just kinda stuck.”

Schellenberg: “It’s interesting how the name thing works, especially if you’re American, you look at the name and it sounds painfully Canadian. To me, it doesn’t seem like that cause I don’t think we sound Canadian, so I don’t see the Canadian connotation – but we deal with it, it just is what it is.”

Peters: “I think with a band name the challenge is just to fill up the empty space.”

Schellenberg: “I always say this, but when you think of someone like Arcade Fire you don’t actually think of an actual Roman arcade on fire, you just think of what they sound like. We’re hoping eventually the same goes for the royal-ness and the canoe-ness.”

Your sound is pretty universal and well-rounded. What are your musical influences?

Peters: “Just like you said it, we’re well-rounded, and we’re pretty all over the map. As far as a musical approach to production, Outkast is a big one, and somehow musically Dr. Dre has been a huge influence on us.”

Schellenberg: “But we also have that reflective side so some indie-rock… Tune-Yards, too. That Who Kill record made me think a lot about how I make songs.”

Peters: “And Beck obviously. There’s one song – ‘Get Real Paid’ on Midnite Vultures. If someone asked ‘Name one song you wish your band sounded like?’ it would be that song. And it’s funny, it came out 14 years ago and it still sounds like the future.” 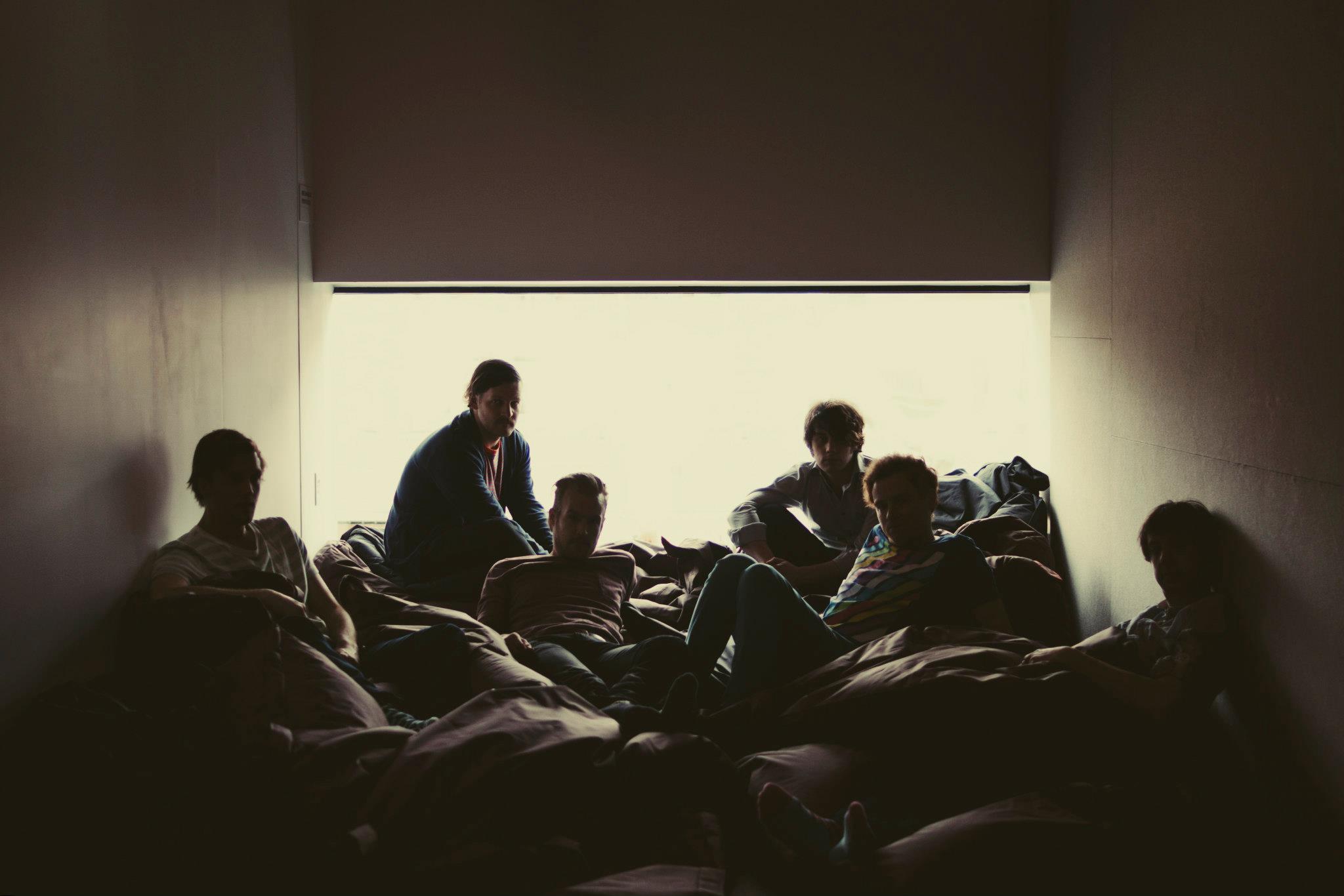 Click to see the image gallery
What’s the story behind the stage balloon?

Peters: “There’s this guy Herb, who’s an architecture professor at University of Manitoba, the province we live in, and he’s a live music enthusiast I guess, for lack of a better term, and he’s friends with Brendan’s family. We were in the studio one time and he just brought us groceries, unannounced, he’s a wonderful guy, and Winnipeg is full of these people but he’s a huge supporter. He’s also a design nut, and brought us this weather balloon and was like ‘I think you guys can do something awesome with this.”

Schellenberg: “And it’s such a simple thing, instead of projecting on a screen we project onto this circle. I’ve seen some photos of us playing and it tends to be behind your head so it looks like this weird halo thing. It’s so simple but I really like it, and it’s all because of the vision of this guy Herb.”

There are also six of you onstage; does it ever get a little crowded up there? Any intimate moments?

Peters: “Oh yeah. First time we ever went to SXSW we were playing on a stage about as big as this table [4x 3], well maybe bigger, but not that much bigger, and Brendan couldn’t even be on the stage. At one point, Matt [Schellenberg]’s suitcase with all his pedals suddenly fell and Michael caught it with his foot!”

Schellenberg: “Michael is drumming on the drum pad in his lap, with a shelf digging into his shoulder, and my suitcase is on the actual bass drum and it’s about to fall. So he drummed the rest of the set with his foot up, balancing it, we’re all just trying to act like it’s normal but it was so fucking awkward.”

Peters: “Yeah that was a great moment in absolute humility. So to answer your question in a really roundabout way, sometimes it can be a huge pain the ass with six people but in the smallest of circumstances we somehow find a way to get our gear on stage. And to be honest with you, I prefer the tight thing, when we’re all shoulder-to-shoulder – sweating on each other.”

You’ve been to South by Southwest a few times now, has the experience changed with your growth?

Peters: “That’s the great thing about SXSW. We always say that the whole festival is a great equalizer. It has a way of taking you down to your appropriate rung. Reminding you every single step of the way where you stand on that ladder. And to be fair, the last three SXSWs we’ve done we’ve felt like there’s a little bit more happening, there’s a little bit more action and excitement, but you’re still painfully aware of where you stack up.”

Schellenberg: “You know when Dave Grohl carries his amp past you, everybody’s on the same playing field here.”

How is opening for Alt-J, and what have you learned from their live production?

Peters: “This is a huge opportunity for us to play for all these people and Alt-J have been such great tour mates, they’re an amazing band. We’re just pleased as punch to have the chance to play in front of people like this.
They [Alt-J] have a design and visual aesthetic they stick to. It’s weird how it is, but it’s important. You can’t just wake up, put on your underwear, fall into some other piece of clothing and throw your amp into the middle of the stage – and then think people are going to give a shit.”

Schellenberg: “I mean maybe, to some degree, but you’d have to be really, really fucking amazing for that.”

Peters: “But there’s something about when you have the opportunity to amplify and magnify the music you’re doing with visuals.”

Schellenberg: “And not shying away from the fact that you’re a performer. Some people are so bashful about the idea like, ‘Ya know I just wanna play my songs, man,’ but you’re a performer, there’s a spectacle to it, and I don’t think there’s anything wrong with that.”

And in regards to Royal Canoe’s live performance?

Peters: “That’s another aspect we really focus on. Making sure that the sound you’re hearing is generated by a human being on stage, sometimes there’s a corner that we have to cut here and there, but really we’re making all the sounds. And having six people, sometimes it’s a hassle, but for the most part it’s a huge benefit because we have enough arms to do all those things.

We have this huge advantage of not having to drag a laptop on stage cause there’s all these dudes. I mean sometimes its imperfect, and it’ll always be worse [than the recording], but that’s why you go see something, to see the humanity of it.”

Get Tickets to see Royal Canoe