All Photos Courtesy of Haley Brucato

The ground floor of The Chapel in the Mission District filled up quickly this past Monday night as the low lights signaled show time, chatter slowly faded and fans gathered around the stage anticipating a performance they have been waiting for all night.

Cheers erupted as Cameron Mesirow, or Glasser, graced the stage in a 60s rustic yellow, short sleeve, plaid dress sporting a high bun and low ponytail, similar to what Peggy Olson of Mad Men would be wearing when she’s feeling adventurous.

With only two people on stage, backup drummer Shayna Dunkelman’s drums captivated the sound of a marching band on stage all at once. Dunkelman’s drums supplemented Glasser’s poignant voice, enthralling the two-story venue with sounds that may not have existed or been heard of before. She performed songs from both Interiors and Ring, including “Apply,” “Design” and “Landscape” while rhythmically prancing around the stage in tune with the music.

The dimly lit room exuded a celestial atmosphere that accompanied Glasser’s elongated vocals and Dunkelman’s drumming. In only 60 minutes she created an intimate relationship with her audience, which also included her mother, through a musical aura that kept her fans – including three individuals whom were also watching through FaceTime from their bedroom – in a state of awe.

There was no encore, so it is unclear whether the audience was too tired or still in a spellbinding state, but either way she blew the minds of those in the room and those watching from around the world. 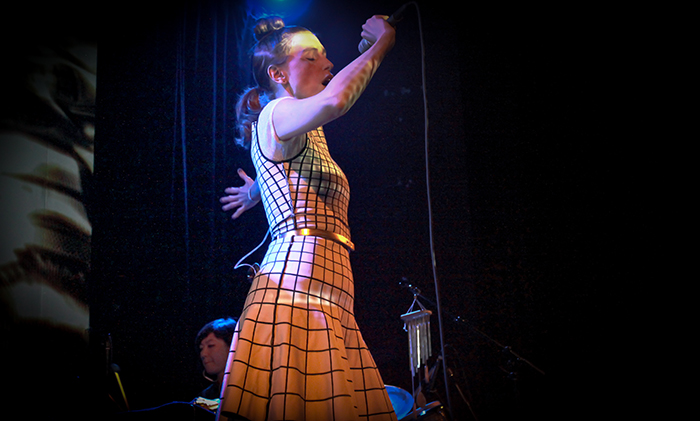 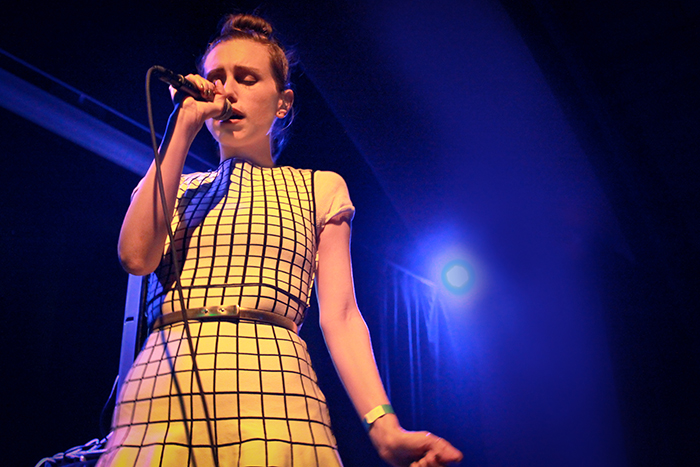 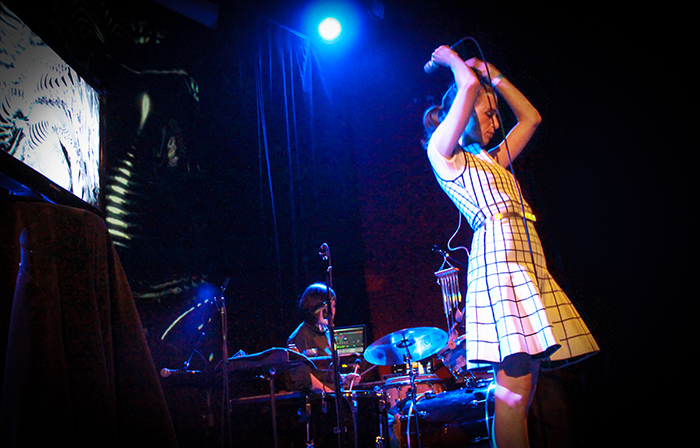 Get Tickets to see Glasser

See Events at The Chapel