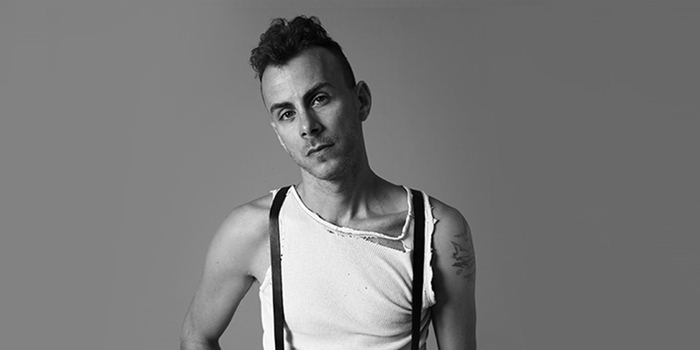 Listening to Asaf Avidan’s newest album is addicting. Asaf Avidan is a young Israeli’s musician, best known for his single One Day. He started his career in 2006 when he joined three other musicians to become The Mojos and he played with them for about five years. The suspension of their work together in 2011 pushed him back to a solo career and he released his own album, Different Pulses. Initially only available in Israel, his album finally came out internationally in 2013 and was a huge hit. Recognized as a musician for many years, this 33-years-old has performed on stages all over Europe, India, China, Canada and occasionally the United States. His spontaneity and extreme joy was obvious when he met an American audience once again during show in San Francisco on Friday, March 7.

He arrived with his guitar, enlightened by a bright spotlight, he looked very lonely on the big empty stage of Bimbo’s 65 Club–one of San Francisco’s oldest nightclubs. Without saying a word, he took a seat on the stool in the center and performed his first two songs using only his voice and his guitar. His voice can provoke a slight melancholy feeling on his records and it is truly moving in concert. Sounding sometimes like a hymn to life, sometimes like a complaint about life’s’ pains, his performance was extremely graceful. His thin body and high pitched voice makes him appear a little fragile, but his voice is so intense and so powerful, that it results in a fascinating contrast. Masculine but sensual, brilliant but dark at the same time, the least we can say is that his music is touching.

After two heart-breaking songs, he remained quiet for a second, smiled and explained that he decided to focus on his hobby–music, after being dumped by his long-time girlfriend in 2006. Despite his hilarious self-deprecating humor, his frolicsome eyes and charming smile, the audience understood he was more making fun of the irony in life than about himself. Starting to play again, the talented composer effortlessly mixed blues tunes with electronic sounds. Interestingly, his best known song sounds like electronic music, but most of his other songs are played acoustically. He seems to reinvent rock to create an indie-country-bluesy hybrid.

After more than one hour and half of great music and jokes, the audience thanked him with a round of applause, showing that a real relationship had been established. It is clear that his unique soul made him the creative artist he is today. Singing with sincerity and such a resplendent smile, he is a genuine performer. In the end, this show felt like a private moment shared with Asaf Avidan. The anecdote about his ex at last appeared to be kind of enjoyable for the audience: aren’t we glad he started playing music after that girl dumped him years ago?