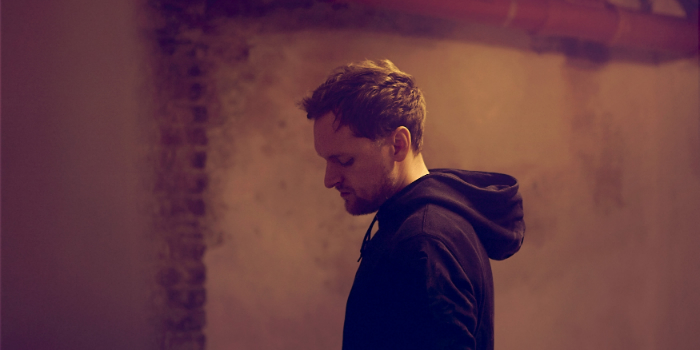 The Independent’s stage exuded a somber luminosity last Saturday night. British vocalist and producer SOHN sported his staple black ensemble with a hooded cloak at a sold-out San Francisco show in support of his debut album, Tremors. In a brief intermission from his memorably powerful vocals, SOHN alluded to his previous San Francisco show, when he supported Deptford Goth at Rickshaw Stop just six months ago.

“Last time I played in SF,” he said to an audience of highly-engaged fans, “it was at the Rickshaw Stop and everyone was just drinking. It feels great to now be on this stage.”

As a demonstration of genuine dedication and admiration from his fans, the audience sang along to almost every song off his new album, which was released just over a month ago by the 4AD record label.

The stage was lined with vertical LED light shafts that slowly transformed the atmosphere with shades of red, green, and blue. SOHN, who sat front and center under a spotlight, was accompanied by band members Albin Janoska (synth) and Stefan Fallmann (bass), who both stood to the side in the darkness, almost unnoticed.

SOHN’s lyrical and vocal intimacy, fused with the masterfully produced electronic backdrop, created a completely new live experience. His vocal talent was by far the highlight of the show, exhibiting the depth and range of a classic R&B singer, and the creativity of a more New Age spin. It became clear after seeing him live that he is primarily a vocalist, but one with an additional knack for producing high quality electronic music.

Get Tickets to See SOHN