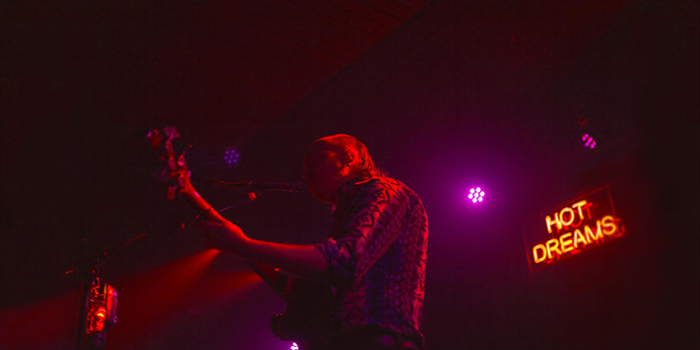 Timber Timbre’s stage was equipped with a neon backdrop reading “Hot Dreams,” which is the sensually fitting title of its most recent album. The show on Thursday, June 5th at The Independent in San Francisco began with psychedelic, unpolished versions of some of the group’s previously recorded tracks. Clearly improvising on stage, the band members rose to the challenge of translating their somewhat isolating music to a live audience.

Red and yellow lanterns were fastened to each microphone, and halfway through the show, the guitarist took a lantern off a stand and began to use it as a pick, riffing away with a sphere of light. 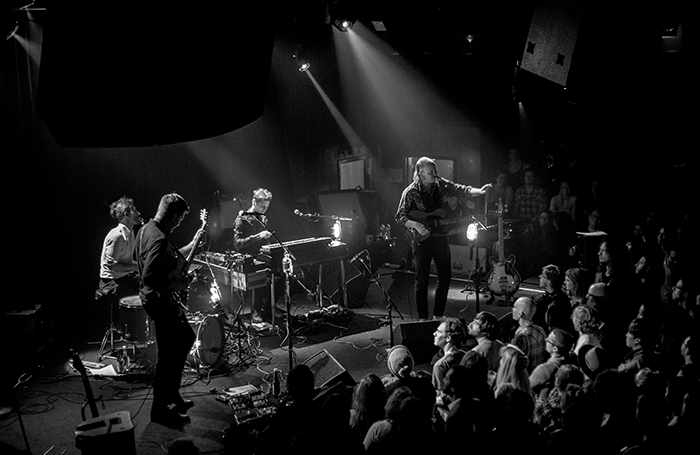 After an hour, the band left the stage, only to come back for another half-dozen songs. This time, Kirk came out by himself and asked the technicians to turn off the lights. “It’s not about you,” he said, trying to avoid hurting their feelings. “You guys are great.”

Sitting alone on a pitch-black stage, Kirk played a solo acoustic version of “Demon Host” and clearly became more comfortable engaging with the audience after the lights had been turned off. “I want to look at you,” he said to a girl in the front row, as he continued his set with his eyes locked onto her. “I wanna be her!” a man screamed from the back of the venue as scattered giggles ran through the crowd.

“I drink a little bit on stage and I get bold,” Kirk admitted. This was undeniably the case, as the notorious introvert cracked open his shell in front of the crowd at The Independent and revealed a glimpse into his creative mind.

Get Tickets to See Timber Timbre