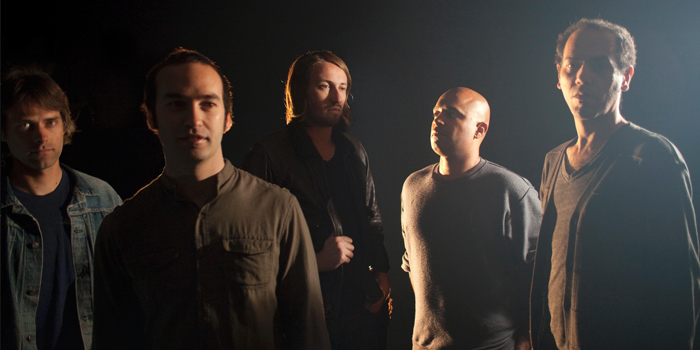 
Fool’s Gold is a band that almost inadvertently scoffs at the idea of having a sound that can be pigeonholed to any single geographical location. The group blends African rhythms, Latin vocal melodies, and lyrics sung in a myriad of languages into the confines of Western pop song structures to create a worldly sonic amalgam. Formed in 2007 and based in Los Angeles, the group initially built a name for itself through word of mouth channels with its engaging and energetic live shows before releasing its well-received debut album in 2009. Fresh from playing a show at The Chapel in San Francisco, Fool’s Gold singer/songwriter Luke Top clues us in on recording new material, his fantasy of playing his old high school, and the struggles of trying to get healthy before going out on tour.

Have you been writing new material recently?
Us Fools have recorded a whole new album! Currently making final tweaks to it as we speak.

How do you typically prep for a tour?
I tell myself I’m going to work out more and eat better, but in reality nothing changes much about my lifestyle right up to the day of departure. At the very least, I’ll up my probiotic intake.

Do you guys have any pre or post-show rituals?
We do a huddle and chant “heyo” right before going on.

Do you tend to have an arranged set list that you play every night or do you change it up every show?
Depends on the tour. When we are the support band we have to kind of stick to something more concise. Headlining is another story. For our next batch of tours we hope to be able to play most of our catalog and mix things up as much as possible.

Is there a particular city with audiences that you look forward to playing for?
Any room where people make the effort to come see us play music is the best room in the multiverse.

Do you have a venue in Los Angeles that you look forward to playing in?
Our bucket list of dream LA venues has been surprisingly well tended to. It would be cool to do a show at my high school out in Reseda someday–that will really show them.

What was the first concert you went to?
George Michael. Faith tour.

What was the last good concert you’ve seen recently?
David Byrne at the Greek. Charles Bradley at Fonda.

Get Tickets to see Fool’s Gold