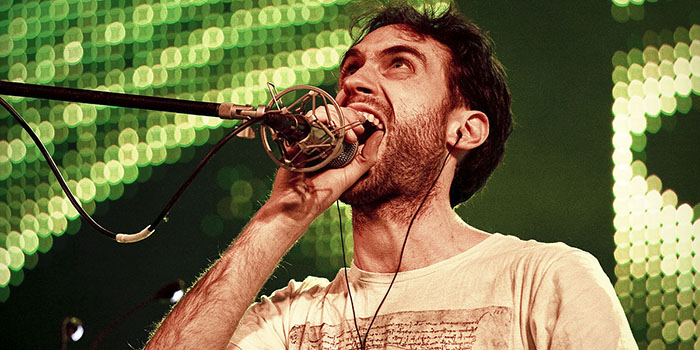 Darren Foreman, better known as Beardyman, is an innovator of live looping technology. As a young boy, Beardyman was possessed by the desire to create a new range of sounds, previously thought to be impossible for humans to produce. What started off as a strange obsession has paid off big time, as he has blossomed into as a well-known beatboxer and musician.

Foreman was an extremely talented child and it was clear that he was destined to make waves in music. At the age of 10, while other kids were playing with their Teenage Mutant Ninja Turtles, he was busy composing a symphony for his school orchestra in North London. But who knew he would go on to help revolutionize the way music can be made?

With his musical background intact, Beardyman honed in on his interests and skills, and began competing in beatboxing. In 2006 and 2007, he became the first beatboxer to win the UK Beatboxing Championships two years in a row, blowing away the competition so fast that the organizers of the event felt it was unfair for him to continue to compete; the following year he was recruited for the judging panel. He soon after began producing entire DJ sets with a then new looping technology, the Korg Kaoss Pad 3, which functions as a touchpad MIDI controller, sampler, and effects processor for audio and musical instruments.

Beardyman is not just another electronic musician consumed by the possibilities that looping technologies bring to the music industry. Instead, he desires to innovate the looping technology itself. In 2012 he retired the Kaoss Pad to utilize his own software, the Beardytron 5000 MkII.

“I had no choice really,” he explained in a self-released podcast. “The shows I want to do are simply not possible using any existing off-the-shelf gear, existing software, or even cobbled together patches using freeware.”

Get Tickets to See Beardyman