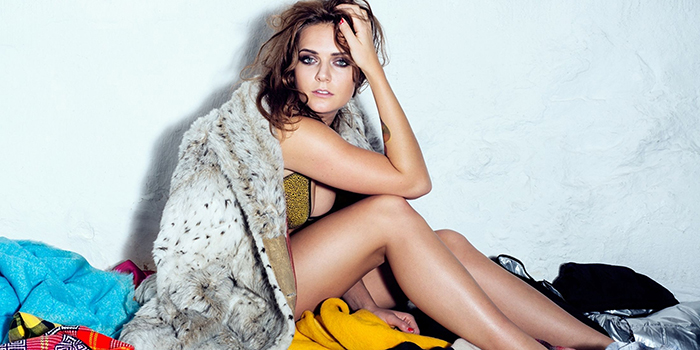 Ebba Tove Elsa Nilsson, better known by her stage name, Tove Lo, has the perfect formula for post-breakup revenge. The emerging Swedish artist has directly turned the aftermath of a toxic relationship into a hit single, “Habits.” Additionally, her 2014 debut EP, Truth Serum, was written entirely about a failed relationship that she describes as “intense”.

How intense? The video for “Habits” features her spiraling into a toxic wasteland of alcohol, drugs, and self-destruction as she tries to let go of a past relationship. The video is so intense that her mother can’t even stomach watching it.

“I can understand the new video gives a very honest perspective of the song, but I will never, ever watch it again,” she said in a text message to her daughter.

However, the powerful images in the video for the heart-wrenching song are what skyrocketed her daughter to pop music recognition.

Although Tove Lo has formulated the perfect recipe for coming out on top after a bad breakup, she differentiates herself from other heartbreak pop stars because of her ability to assume some of the blame.

“There’s always that perfect pop girl who always sings about how she’s been hurt…She’s always the good one,” she said in an interview with the BBC.

Bouncing from bar to bar promiscuously picking up new mates, smoking, and drinking in the “Habits” video, Tove Lo isn’t afraid to be the bad girl. In fact, she embraces it.

“Growing up so safe, I think I was looking for something else,” she said.

She will be touring the United States and Europe throughout the summer as she gears up to accompany Katy Perry on her Australia and New Zealand tour dates.

Get Tickets to See Tove Lo