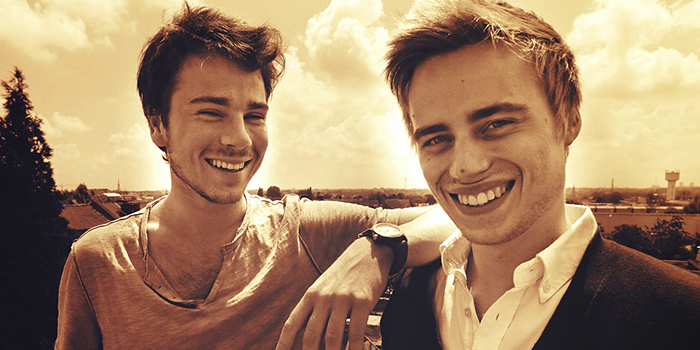 Cédric Steinmyller and Edgar Catry were 10 years old when they first met in elementary school in Croix, France. Although they both embarked on an academic career in music, it wasn’t until 2012 that the two reunited. Despite their classical backgrounds, their musical interests shifted to electronic music after acquainting themselves with the seducing sounds of Swedish house. What followed was a strong fascination for the Northern European country and its language, which comes across as being sung rather than spoken. In fact, the duo’s name, Klingande, means “little sound” in Swedish. Building upon the groundwork that artists such as Bakermat and Klangkarussell laid out, the French duo gave birth to a signature sound that interplays deep house and classical instruments.

Without any promotional means, Klingande saw its first production actively featured on blogs. An instantaneous buzz was created around the sax-meets-house single “Punga,” earning huge support from the online community in 2013. This initial triumph was followed up by bedroom recording “Jubel,” (meaning ‘joy’) in 2013, which topped the charts in a half-dozen European countries. The song’s percussive jump-off, melodic textures, and signature saxophone hook soon spawned millions of online views. A spot on Ultra Music’s renowned Ultra Deep House Compilation and a remix treatment by Nora En Pure in 2014 further underlined Klingande’s growing popularity.

After much anticipation, Klingande sold out Glasslands in Brooklyn, where it kicked off its 2014 North American tour. As the melodic tunes were well-received overseas, the 24-year-olds were strengthened in their determination to bring joy and euphoria to fans all over the world. In anticipation of its 2014 EP, it’s safe to say that Klingande serves as one of the ambassadors of what is often described as ‘Melodic House.’ Much like the changes made to the genre a decade ago to help cater to big room crowds, artists like Klingande are paving the way for an influx of melodious and powerful influences in modern day house music.

Get Tickets to See Klingande