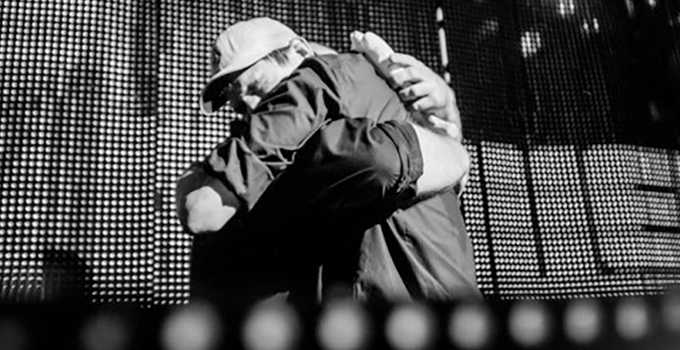 John Beaver is a well-known Bay Area DJ that has quite the story. Zookeeper by day and a DJ by night, he is notorious for his high energy sets and unbelievably perfect mash-ups at various clubs around California. He’s no stranger to the EDM world and has opened for Tiesto, Ferry Corsten, Markus Schulz, Above & Beyond, Dash Berlin, Benny Benassi, The Chainsmokers, and many others.

Three years ago, Beaver intertwined his love of animals and music by hosting an annual dance event at Happy Hollow Zoo in San Jose, where he works. He managed to raise $5,000 at his first event for the Belize Audubon Society, a jaguar conservation program in South America. The event continues to take place in June every year and still contributes the proceeds to benefit animals.

In October of 2012, he announced to his fans through Facebook that he had been diagnosed with cancer and would be taking some time away from his music career to battle his disease. He would need major surgery and several rounds of chemotherapy in order to save his life.

Friends, family, fans, and EDM lovers sprung into action. Charity dance events were organized, a donation page was set up, and videos went viral trying to raise the money Beaver needed to save his life. In just a few months, the donations added up to $15,000.

After being on a yearlong hiatus, he’s been welcomed back into the EDM scene and has performed at huge festivals such as Coachella Valley Music and Arts Festival and BFD in 2014.

Beaver is the epitome of an artist who has battled through life’s curveballs and come out on top. It goes without saying that the expectation and potential from him is very high, and fans can expect a lot more from him in the years to come.

Get Tickets to See John Beaver