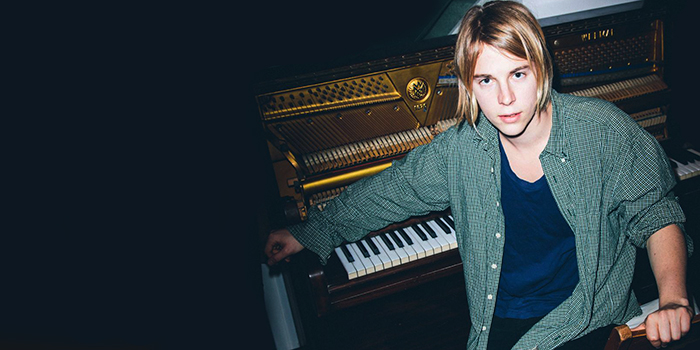 Tom Odell is an indie pop singer/songwriter from Chichester, England. He started to write and sing his own songs when he was only 13 years old, but, lacking confidence, never shared his music with anyone. He didn’t know that one day he would become the first male to win the British Critics Choice Awards in 2013, nor did he know his blue eyes and blond hair, mixed with his fantastic melodic voice, would allow him to become one of the most popular indie pop artists in the United Kingdom and Europe.

Discovered by Lily Allen’s label in 2012, he appeared for the first time in the public eye in November 2012, performing on the BBC’s “Later…with Jools Holland.” At the same time, he released his first single, “Songs From Another Love,” which was incredibly welcomed by the public and critics alike. Odell released his first album, “Long Way Down”, in June 2014, and it soon peaked at number one on the UK charts.

After his live tour throughout the spring of 2013, Odell became one of the most in-demand live acts in England. He’s been compared to David Bowie because of his energetic live performances. This past July, he joined Neil Young and The National at British Summer Time in Hyde Park for a stunning pop rock show.

At only 22 years old, Odell is already a famous artist, well-known in the world of pop, and his talents will continue to guarantee him a bright future.

Get Tickets to See Tom Odell