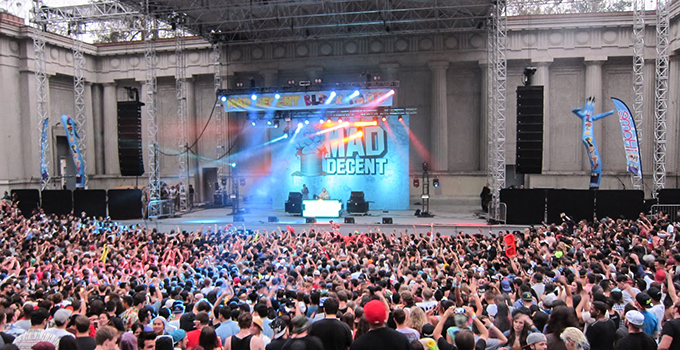 Chicago-based DJs J2K (Josh Young) and Autobot (Curt Cameruci) had no problem getting the crowd moving at Diplo’s Mad Decent Block Party at The Greek Theatre in Berkeley on September 19. The two DJs form Flosstradamus and their collaboration of rap and dubstep – more commonly known as trap – had audience members headbanging, jumping, and even lifting girls on their shoulders. 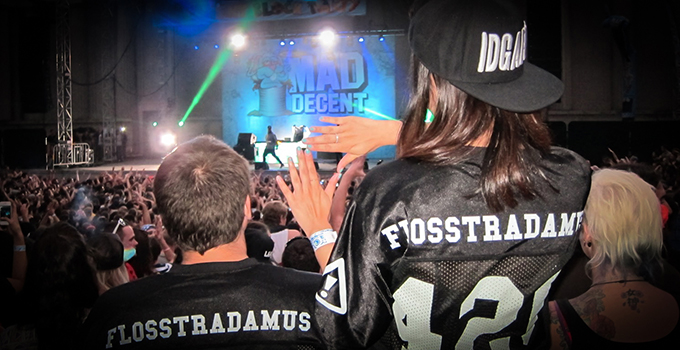 The members of Flosstradamus are no newbies to the rave scene. In the 2013 mini-documentary that showcased the rise of the Mad Decent Block Party, producer and festival founder Diplo had a bit of advice for anyone who performs at the event: “If you’re an act, don’t play after Flosstradamus,” he said. “That’s really hard.” 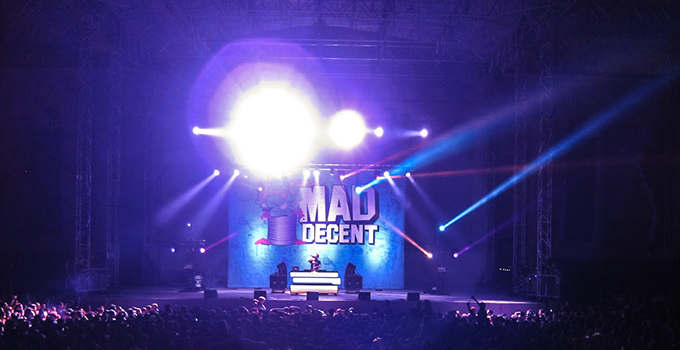 Flosstradamus is notorious for hyping up the crowd at any event. The stage housed a giant “Mad Decent” sign, coupled with a dynamic and colorful light show that flashed and moved to every beat. The duo even teamed up with rap sensation Waka Flocka Flame during the set, encouraging the crowd to “open up the pit” and start moshing before the final song. 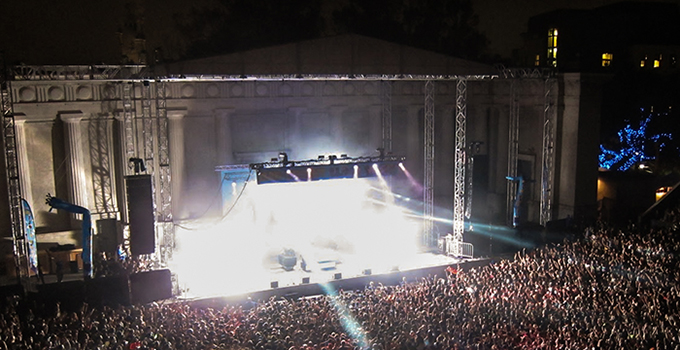 It isn’t a secret that Flosstradamus has become the leading DJ project in trap music. The duo has played huge events such as EDC, HARD Summer, HARD Day of the Dead, and Snowglobe, and excels at producing the perfect blend of electro house and filthy bass lines to lead to a body-rocking party.

Get Tickets to See Flosstradamus