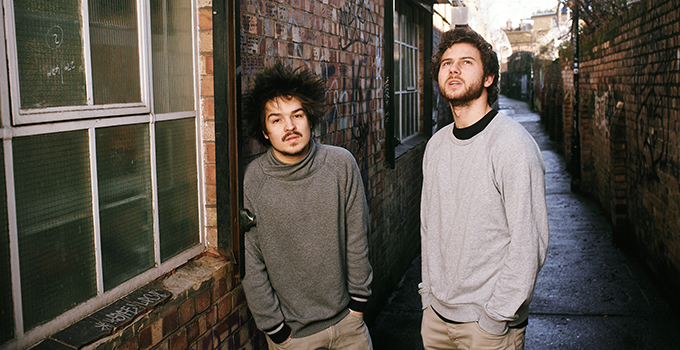 “We did what we wanted to and what felt good at the moment. We just wanted to record our music. We never thought it would go further than that.”

It’s exactly with this spirit that the German duo achieved great success. Milky Chance is composed of vocalist and musician Clemens Rehbein and DJ Philipp Dausch, two friends who grew up attending school together in Kassel.

Milky Chance’s songs provide a melancholic feeling, evoking moments of life that everyone has been through. Clemens said, “It’s just great when they listen to a song and connect it to a personal experience. That’s the most amazing thing, and we’d love to encourage that.”

The band reached its goal with its 2013 debut album, Sadnecessary, which included singles, “Stolen Dance” and “Down By the River.” The album and the single “Stolen Dance” found great success in Europe, especially in Germany, The Netherlands, Austria, The United Kingdom, and Switzerland, where both charted.

Driven by this European success, Milky Chance starts an international tour at the end of 2014 in Europe and the US, with dates at the KOKO in London, The Bowery Ballroom in New York City, and The Woodland festival in Texas.

Already world-famous, the talents of these two friends will continue to provide their fans and many others with wonderful feelings through their poetic lyrics and danceable melodies.

Get Tickets to See Milky Chance