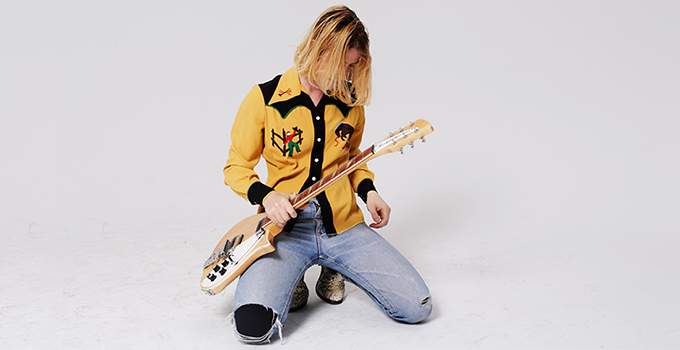 Christopher Owens has had an interesting trajectory to rock stardom. Though he was born and raised in The Children of God cult and virtually isolated from pop culture, he cut his musical teeth by singing and playing worship songs on guitar. He eventually ran away to Texas and made it his business to consume as much American culture as he could. Owens fell into the street punk scene, tried his hand at painting and finally moved to San Francisco, where he found a home and voice for his own songwriting.

After rising with and eventually leaving his much adored rock band Girls in 2012, Owens introduced his solo career with the debut album, Lysandre, in 2013. Showcasing his country and gospel music influences, he dropped his sophomore LP, A New Testament, with Turnstile Music last week.

While the album features more slide guitar, southern-flavored riffs and soul-powered backup singers than any of his previous releases, the record is bound together and driven by Owens’ distinctive lyrical style. Strikingly autobiographica yet accessible, his songs translate universal feelings through very personal encounters.

Owens is currently on tour with his backing band. See a full list of tour dates below.

Get Tickets to See Christopher Owens