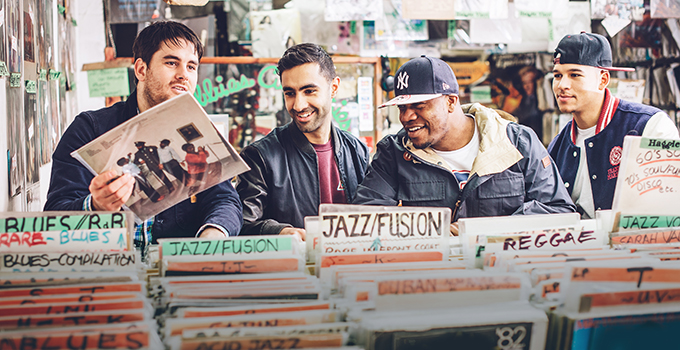 Courtesy of AM Only

Since introducing himself with the smash hit “Feel the Love” in 2012, Rudimental has been on a steady rise toward the stars. The English band polishes each of its songs with a mix of drum & bass, R&B, dubstep and house to create an infectious fusion of electronic styles. The group’s first official single reached the top of the UK charts in 2013 and gained popularity in the United States after premiering in the movie Spark: A Burning Man Story.

Rudimental’s core four consists of Amir Amor, Piers Aggett, Leon Rolle (AKA DJ Locksmith), and Kesi Dryden, along with their extended live band, which, among others, includes trumpeter Mark Crown, drummer Beanie Bhebhe, and a revolving door of vocalists.

The band was nominated for a Mercury Prize in 2013 and won several awards, including the BRIT Award and the Mobo Award for “Best Album,” in 2014. Rudimental also received nominations at the MTV Europe Music Awards for “Best New Act” and “Best UK and Ireland Act,” and just wrapped up a tour with the prolific singer/songwriter Ed Sheeran.

Get Tickets to See Rudimental